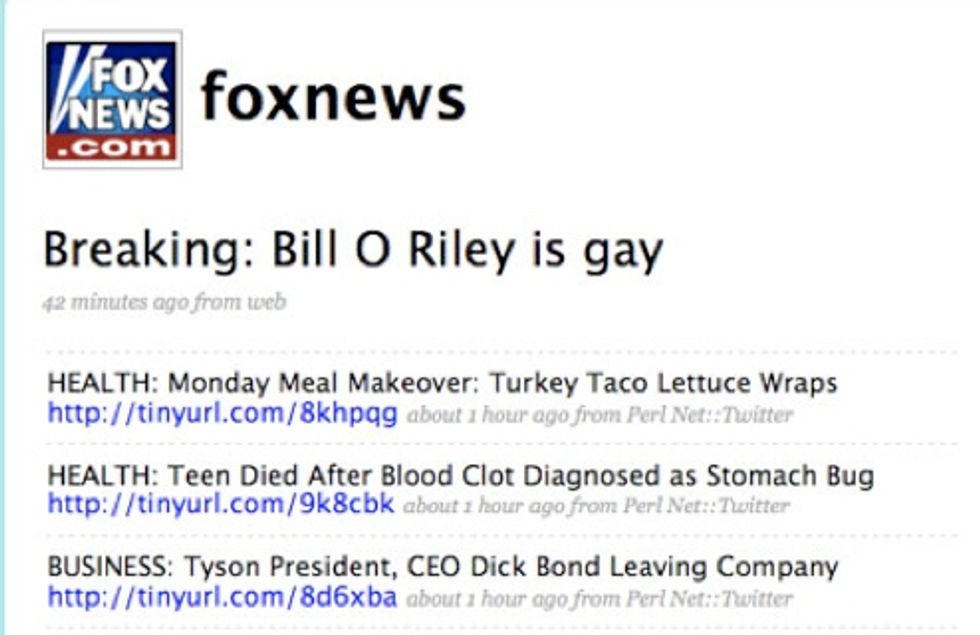 We have received a full 956 tips today about various clowns' Twitter pages being hacked, including those ofBarack Obama and Rick Sanchez, the King of Twitter. Someone thinks this official message from the Fox News about Bill "O Riley" indicates hacking, but what's the excuse for "Turkey Taco Lettuce Wraps?" The more important question here is why anyone on this planet uses Twitter at all. (Except for Wonkette's Twitter, which is just great.) [Towleroad]