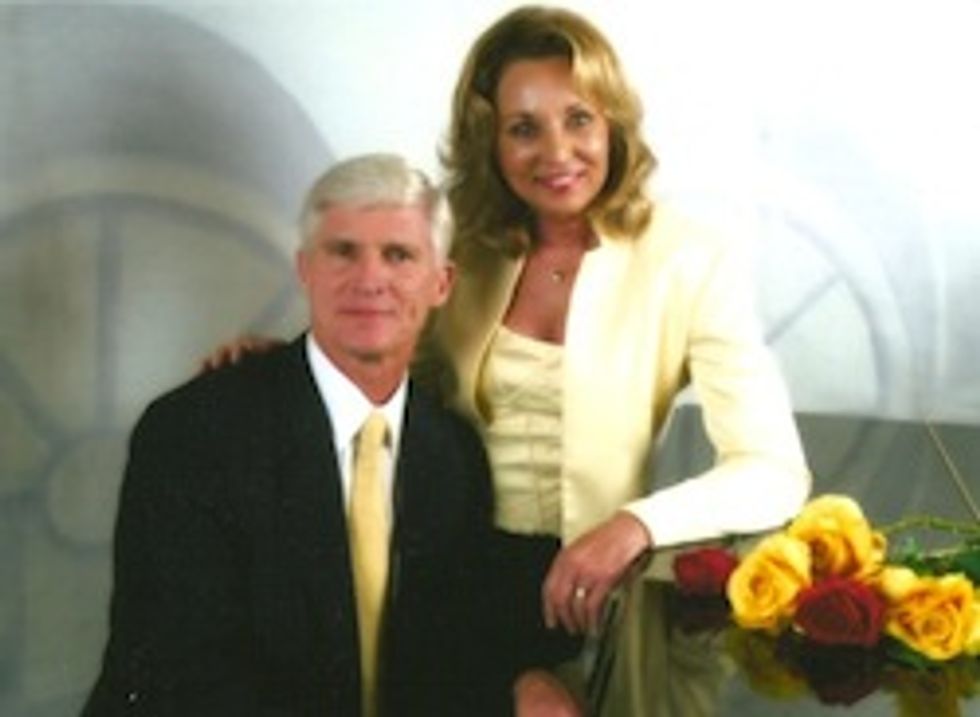 Dave Agema, the Republican National Committeeman from Michigan and former state representative, is a Wonkette favorite. Wonketeers love him forhis charming efforts to cut funding to a program that buys clothes for orphans, his willingness to miss key budget votes to shoot Siberian sheep, his fondness for tear-gassing American citizens, his deep-abiding belief that Barack Obama must be a Muslim, his endless curiosity about The Onion's Obama has a secret 19-year-old son story, and his trophy wife that Wonkette commenter "Barbara_" says came engraved "fourth place."

Sadly, not everyone loves Dave Agema like you guys love him. Lots of mean, old Republicans are upset with Agema because he Facebooked a column from this right-wing witchdoctor that's filled with erroneous information about teh gheys. It's like, what, suddenly now it's a problem to say "homosexuals account for half the murders in large cities"?

Whatever happened to free speech and family values and the God-given right to kick homos in the teeth? With votes.

Those things are gone now apparently. Even Michigan Speaker of the House Jase Bolger, who once bravely protected us from the horrors of the word "vagina" being uttered on the state house floor, is joining this lavander mob that's bullying poor Dave Agema for repeating things that are easily disprovable and mostly implausible on their face.

"Speaker Bolger does not agree with the link Dave Agema posted," said Bolger's spokesman Ari Adler in an email to reporter Todd Heywood. "Just as he does not agree with several others who have not kept their debate within the facts or maintained a respect for people who believe differently than they do."

Clearly, the only logical explanation here is Jase Bolger was taken to a FEMA Camp and brainwashed like Patty Hearst into believing in "facts," which are things libruls and queers love so much. Now that an ever-increasing number of people recognize that gays and lesbians are just people who should be afforded the same rights and dignity as all other people, Republicans like Jase Bolger will probably continue to feign agreement with facts instead of backing the carefully-crafted, anti-gay false narratives that the GOP has been milking for the last 20 years.

This is not the country Dave Agema grew up in. Sad.