Everything Turning Up Horse Poop for Michele Bachmann 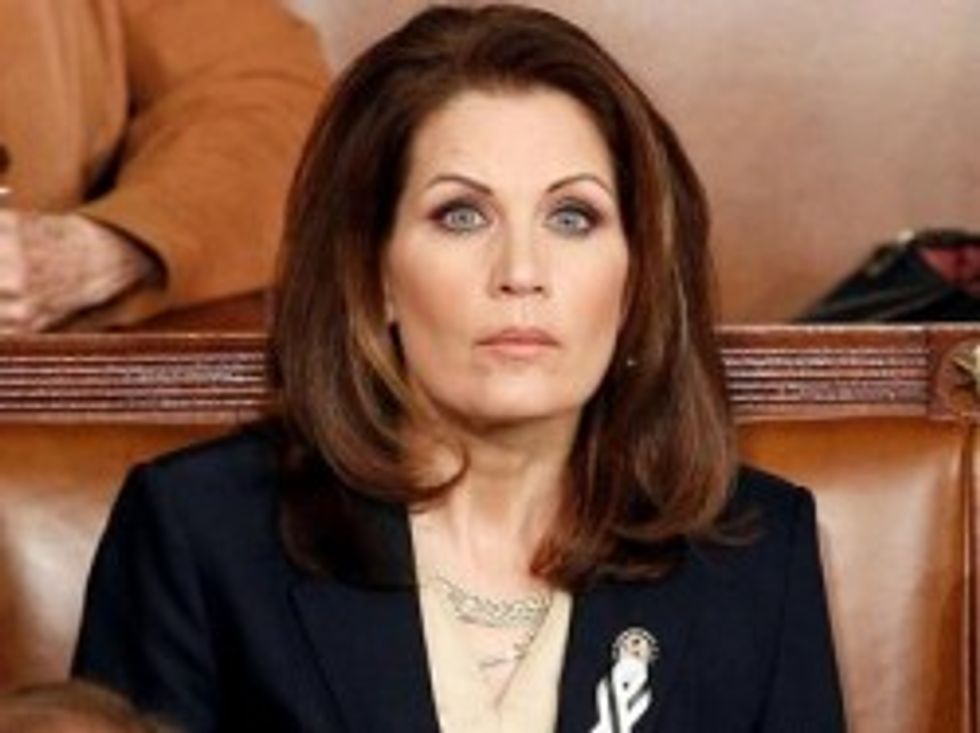 Beloved nut Michele Bachmann, whom we mostly picture these days as a wee Roomba whirring around on the carpet of her House offices sucking up dropped pain pills, is having some legal problems lately. Have you heard? The chief justice of the Iowa Supreme Court will name an independent investigator to look at claims she illegally hired Iowa state Sen. Kent Sorenson to work for her failed (in the political not the comedy sense) presidential campaign. This allegation was recently backed up by her former staffer Andy Parrish with an affidavit along the lines of, "yeah, she knew about it." The situation is apparently Quite Serious because "hella campaign finance violations," and the stress is taking such a toll on Michele Bachmann that Michele Bachmann claimed during a House speech that Michele Bachmann voted against spending cuts out of fear they would hurt the poor. Shit is serious.

Collectively, these signs together mean the universe is at last maybe preparing to suck Michele Bachmann back into the worm hole from whence she sprang, according to experts who spoke with Salon's Alex Seitz-Wald:

“This is very serious,” said Craig Holman, a government ethics lobbyist at liberal-leaning watchdog group Public Citizen. “It’s not Watergate, or at least not yet, but these are a series of allegations that are each serious on their own, and when you put them all together, this could be a career ender for Michele Bachmann.”

Ken Boehm, chairman of the conservative-leaning National Legal and Policy Center, told Salon that we should wait to see what investigators find — indeed, no wrongdoing has been reported so far — though he acknowledged the escalating scrutiny could be a major headache for the congresswoman down the line.

The only evidence we can find that Michele Bachmann is still holding onto a shred of Michele Bachmann's reality is this nice little clipping about a recent speech where she took the time to brutally mangle a quotation from Shakespeare:

Bachmann called out Democrats, including House Minority Leader Nancy Pelosi (D-Calif.), for their passionate responses to sequestration despite the fact that President Barack Obama, a Democrat, signed the sequestration bill.

"Thou protesteth too much," Bachmann declared.

Hang in there, fruit bat! [Salon]