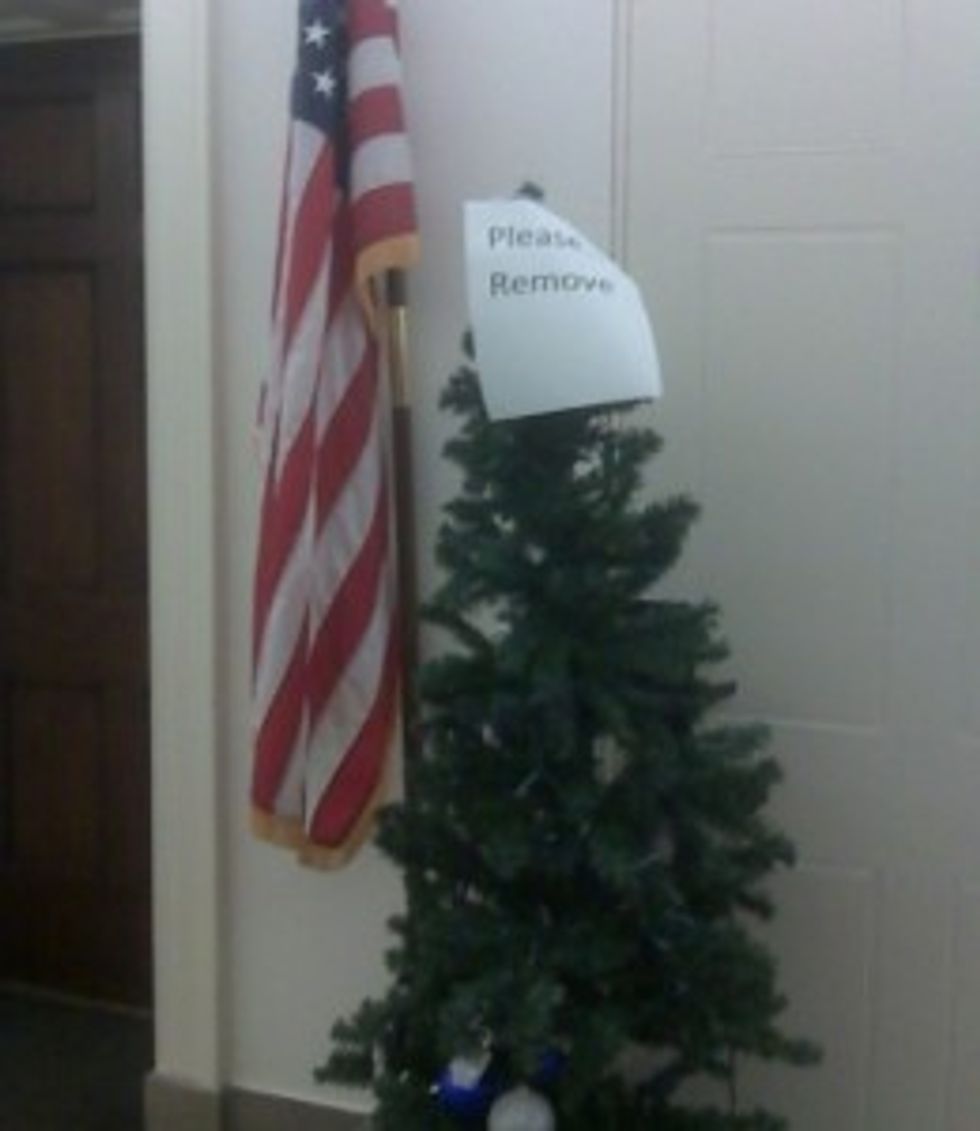 Even your Xmas holiday decorations are not safe from a secret Mooslim like Barack Obama, who today probably realized for the first time that the National Christmas Tree Association filed a request to the Department of Agriculture to collect a fifteen-cent fee on every live Christmas tree sold this year by a large grower, to raise money for an industry ad campaign encouraging Americans to go back to buying real murdered trees instead of the plastic Tofurkey tree equivalents that don't accidentally catch on fire as well. Why has Obama suddenly heard about this? Hm, let's review... "fee"..."Christmas"..."government agency"... ha ha, you know where this is going. "OBAMA TAXES CHRISTMAS TREES" is today's top wingnut headline!

Here is the story about the tiny self-imposed fee, which is fun mostly because it reveals that the world of Christmas tree sales is actually INTENSE and cutthroat and real tree farmers hate fake tree poser super fake farmers. Notably, however, the story does not in any way mention Obama.

Nonetheless, a Heritage Foundation blahg post declared the measure to be Obama's final offer to fix the country, and thusly finds it to be lacking:

The economy is barely growing and nine percent of the American people have no jobs. Is a new tax on Christmas trees the best President Obama can do?

As you might imagine, several thousand wingnut commenters then went completely, off-the-reservation insane. Oh, here's one at random, from "Dave":

Is this a fee only on Christians? Is that legal?

So in conclusion to this tragic tale, Barack Obama gave an annoyed sigh or possibly just one of his aides sighed on his behalf, and now the "tax" has been "delayed," forever. [ABC News/McClatchy]