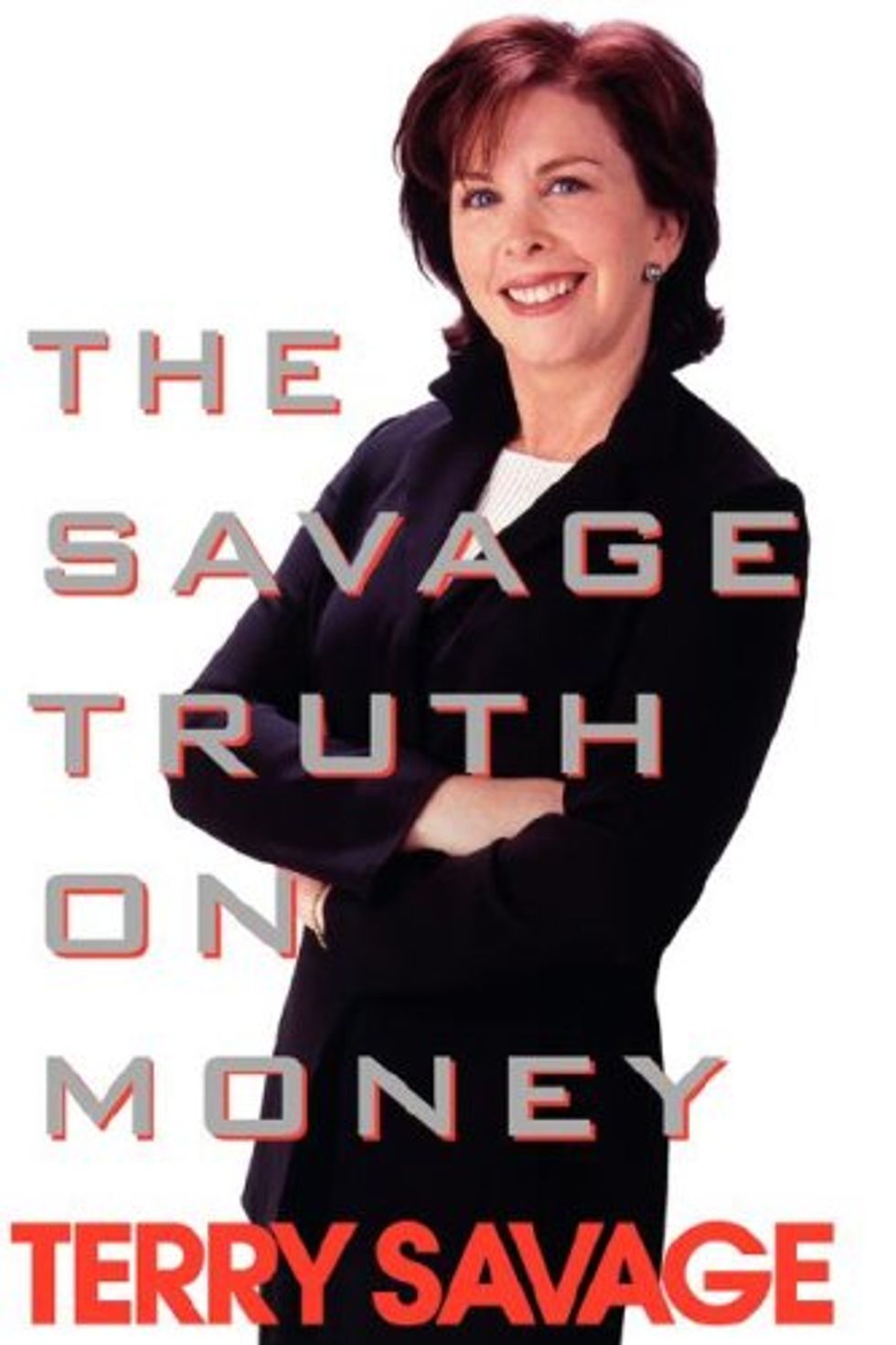 Terry Savage is a personal finance columnist for theChicago Sun-Times because that is a thing newspapers need probably. Usually she blabbers on about student loans and annuities and such, but her latest column is VERY IMPORTANT FOR AMERICA. Last week she was in the back seat of a car in some rich suburb when the vehicle came upon a lemonade stand some children had put up. But this was no ordinary lemonade stand: These children were giving it away FOR FREE. Savage rolled down her window and DEMANDED that these children charge money for this, as this is a good capitalist country, but the children would not take any money. And now America is ruined forever.

I pushed the button to roll down the window and stuck my head out to set them straight.

"You must charge something for the lemonade," I explained. "That's the whole point of a lemonade stand. You figure out your costs -- how much the lemonade costs, and the cups -- and then you charge a little more than what it costs you, so you can make money. Then you can buy more stuff, and make more lemonade, and sell it and make more money."

But these evil children STILL REFUSED to charge money. They are what is wrong with this country!

No wonder America is getting it all wrong when it comes to government, and taxes, and policy. We all act as if the "lemonade" or benefits we're "giving away" is free.

So this is why the children did not charge money! They do not have kind, generous hearts. NO. They just became conditioned by everyone coming by and DEMANDING free lemonade that don't even remember what capitalism is. American children today are the kind of children that would probably set up a lemonade stand in front of people who are dying of thirst (the best market, as you can mark the lemonade way up) and wouldn't even THINK of making massive profits.

Hopefully Terry Savage came back and brought these kids a copy of Atlas Shrugged and one of her great finance books. [Chicago Sun-Times via Wonkette operative "RJG"]