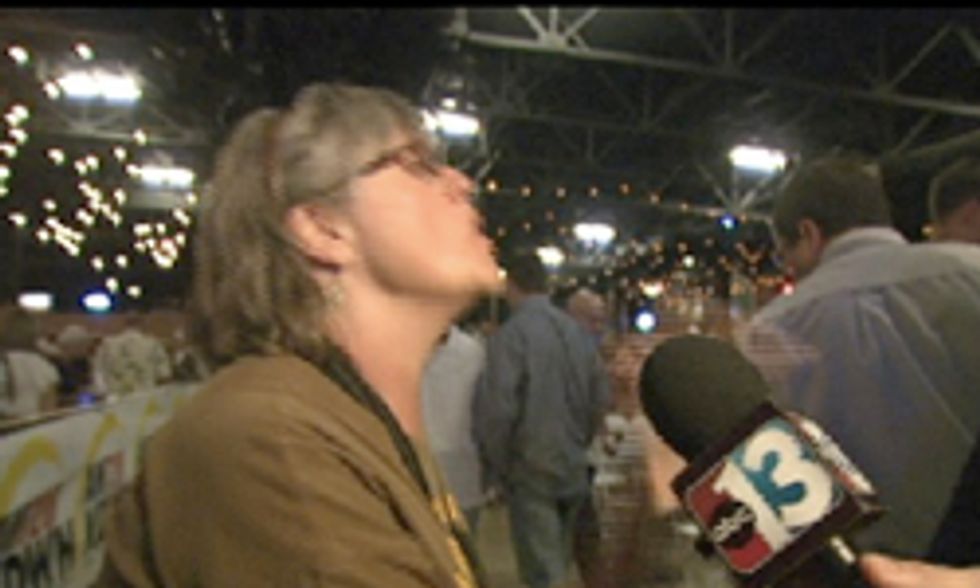 Solid gold, gold, gold! (Except for the shitty local ad in the beginning -- sorry!) This insane hell-woman at a town hall in Las Vegas overhears an Israeli man praising Israel's national health care system, and says from afar, "HEIL HITLER!" Then she calls him gay for Obama and laughs like a baby when he explains that the American health care system basically bankrupted him. Does this lady have a name? Because we'd love to engrave this incident on "her Google," permanently. UPDATE: This RUDIMENTARY video player may or may not have been destroying the beloved Wonkette Commenting System! Just go watch it at fancypants Think Progress, where nothing dies. MORE MADNESS: Tipster LUKE writes, "The evil, evil woman in the video is wearing an Israeli Defense Forces t-shirt. What the fuck?" Everyone is lying in this wretched country! [Sigh] Enough typing for the day. [Think Progress]