Evil Obama Forces Eviler Billionaire CEO To Give Raises To Everyone Instead Of Firing Them, Huh 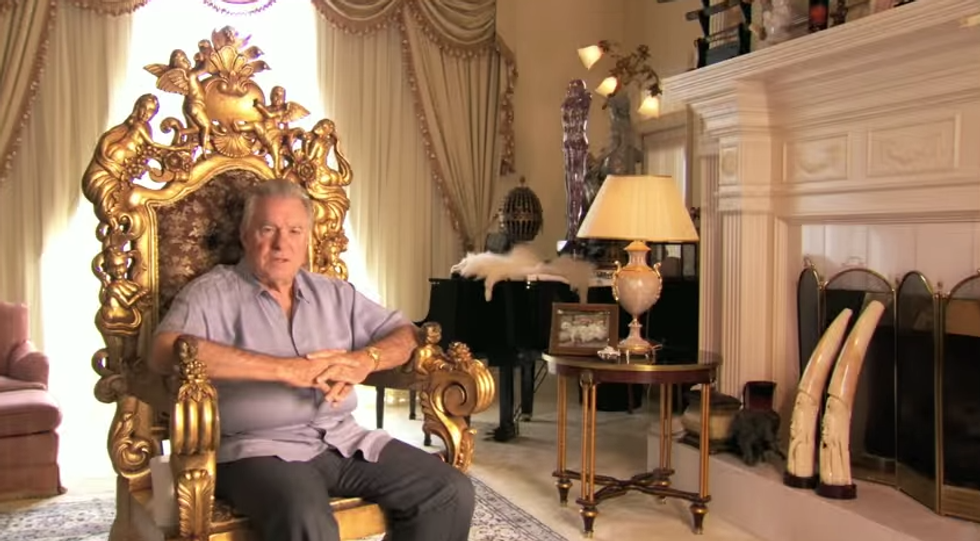 We all remember evil CEO and King of Versailles: Florida Edition Dave Siegel, right? He's the nutbag billionaire founder of Westgate Resorts who threatened his employees in 2012 with a most excellent plagiarized chainmail, sent from his CrazyUncle@aol.com account, that if they voted for President Obama, he'd probably have to fire all of them on account of how the president was totally going to destroy the American economy even harder, with socialism and taxes and socialist taxes. [contextly_sidebar id="UAhNvjBUFoUkqesCogmqioSVxazi0uKL"] While the economy was safe for now, he'd copy-pasted at the time, that would all change if the employees of Westgate Resorts dared to exercise their small-d democratic right to vote for, like, any candidate of their choosing:

What does threaten your job however, is another 4 years of the same Presidential administration. Of course, as your employer, I can’t tell you whom to vote for, and I certainly wouldn’t interfere with your right to vote for whomever you choose.

After employees of Westgate Resorts joined the majority of American voters in saying, "Oh, ok, pal, well, we'll take our chances and vote for President Obama AGAIN," super nice bossman Siegel said, "Psych, just kidding, you can all keep your jobs, I was just joking or something." [contextly_sidebar id="tZqX8jTlzPDngYr5wGABXwey9Pfp3A1Y"] Guess the boys in the back room crunched some numbers and determined that even with the Kenyan socialist destroying the economy for another four years, Siegel would somehow be able to keep his 90,000 square foot house after all, despite the trillionteen taxes Obama had imposed on him and other would-be Job Creator Heroes just like him.

In the last two years since the American electorate of idiots decided to give Obama another four years to destroy America, not only has Siegel found a way to keep his Biggest Mansion In America and his business, but it's actually been pretty good for his little ma-and-pa operation. Like, REALLY good:

Just over two years after penning that company-wide email, Siegel informed Westgate employees that instead of layoffs, he would boost their minimum wage to $10 per hour beginning in 2015.

In fact, according to Siegel, 2014 was a banner year. “We’re experiencing the best year in our history and I wanted to do something to show my gratitude for the employees who make that possible,” Siegel said in announcing the wage hike. He also recently told the Orlando Business Journal that “things have never been better.”

Obviously, this is some sort of accounting error, because there is no way that the timeshare mogul could have continued to flourish in Obama's America, when, as he warned in his plagiarized letter a mere two years ago:

If any new taxes are levied on me, or my company, as our current President plans, I will have no choice but to reduce the size of this company. Rather than grow this company I will be forced to cut back. This means fewer jobs, less benefits and certainly less opportunity for everyone.

(PS, he had already laid off soooo many people, mostly the household staff who had been in charge of picking up the dog poop from every room in his mansion. SO MUCH POOP!)

Guess the only way Siegel has managed to keep his 12,000 employees after all, and give out all these raises like some kind of Oprah, is because of how President Bachmann made gas so cheap. Yeah, that must be it.