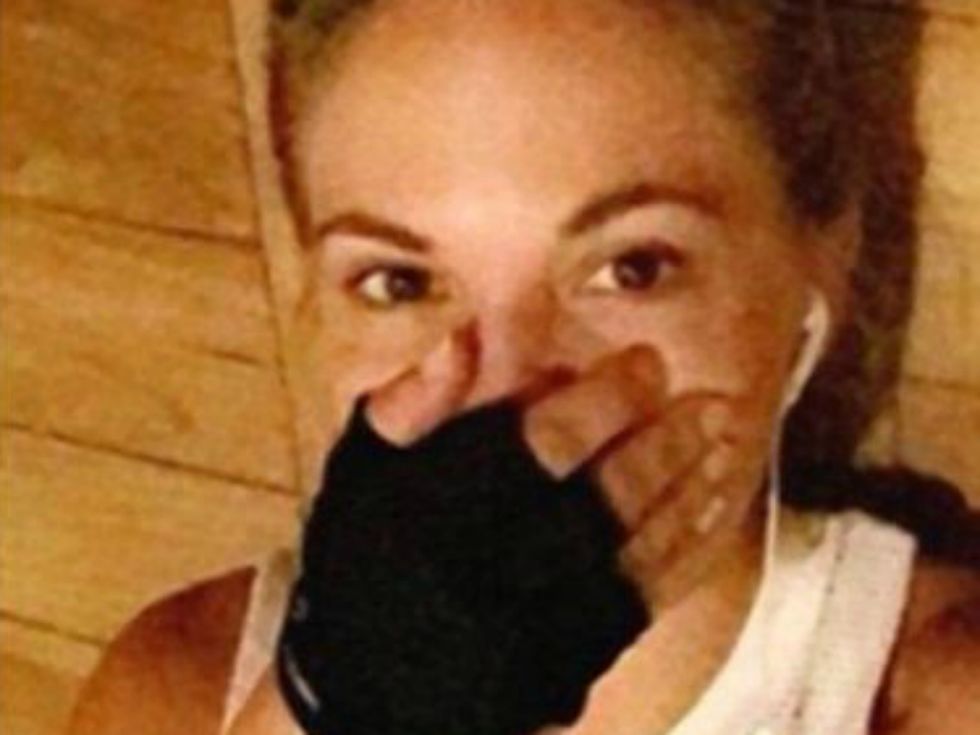 Last year, former Playboy Playmate of the Year Dani Mathers caused a stir online after posting a picture on Snapchat of a 70-year-old woman showering at her gym, next to a picture of herself covering her mouth and giggling, along with the caption “If I can’t unsee this then you can’t either.”

Perhaps unsurprisingly, people didn't find Mathers' comment anywhere near as adorable as she thought it was. Especially the woman whose photo she took without permission. The idea of a Playboy Playmate snidely commenting on the body of a 70-year-old woman was particularly galling. As if only Playboy Playmates have the right to use the shower at the gym or something.

Mathers claimed that she didn't understand how to work the Snapchat and thus didn't publicly post the photo on purpose, and had meant to only send it to a friend. Which didn't make things much better, as that's still a really horrible thing to do.

She later taped a 40 second apology video in which she stated that body shaming is wrong, and explained that she is totally a body positive person who loves to celebrate the female form because she posed naked for a living or something.

As you can see, it was very convincing.

But Mathers didn't only suffer a backlash online, she also found herself in court. Because surprise! It is actually very illegal to take a photo of someone in the nude without their permission and post it on the internet, no matter how cute you think you are being.

This week, Mathers had her day in court and entered a plea of no contest to a misdemeanor invasion of privacy charge, for which she was sentenced to 30 days of community service and three years probation.

The highlight of this hearing was the fact that Mathers wanted to do her community service by going around to schools and talking about social media -- which her attorney suggested was an "upshot" -- but the judge was like "Yeah, we don't actually want her around children."

“I think the upshot is she wanted to go to schools to talk about the evils of social media and how simple mistakes can be catastrophic, and the judge did not want her in schools.”

She will instead be serving her time cleaning up graffiti. Maybe I'm jaded (I AM VERY JADED) but it sure does seem like going around to schools and talking about herself seems like it would be more of a PR opportunity than a punishment. Generally speaking, most judges do not sentence you to good publicity.

Now, Mathers is currently unemployed but wishes to become a nurse someday -- though probably only at hospitals for the really, really, really good-looking so she does not actually have to see anything that might scar her delicate eyes again. Clearly, she's just very fragile that way. However -- given the recent trend of Republicans excitedly voting for the worst possible humans -- she might actually want to consider running for office. How's her left hook?

If you are not a jerk like how Dani Mathers is a jerk, maybe consider giving us some money? Click below!