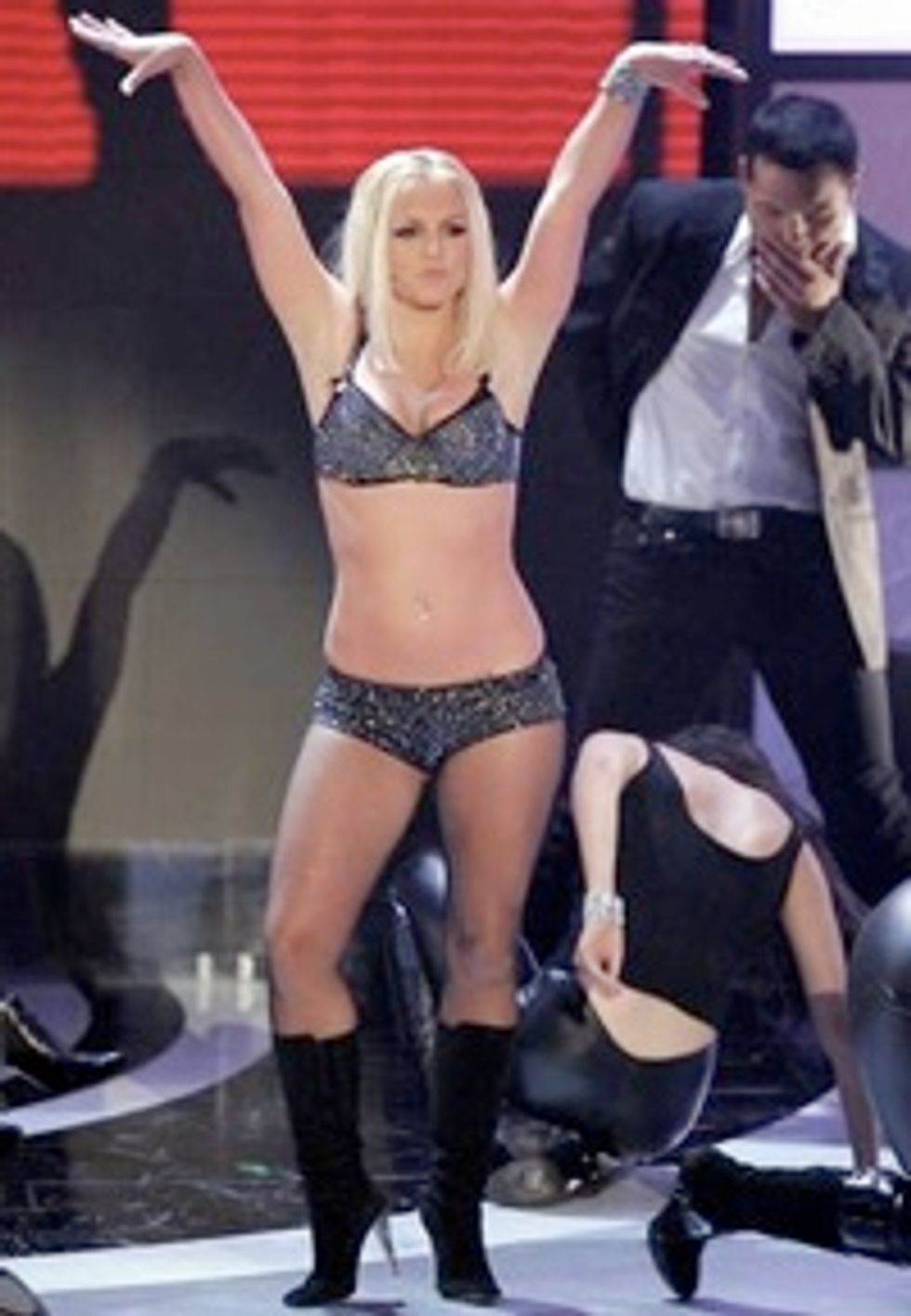 And you all thought Washington wasn't sexy: the office of ambitious young House Republican Whip Eric Cantor has confirmed to your Wonkette that instead of watching President Obama's boring press conference last night like the rest of us dingbats, Cantor and a bipartisan group of legislators attended the Show Of The Century at downtown's Verizon Center: a Britney Spears concert. If our children weren't so concerned about future deficits, what would they think of this!

While we only asked Cantor's office if Cantor himself attended, they were sure to include in their response that vulnerable Senate Democrats were also there, plus regular Democrats, and that Obama has also been to the Verizon Center before for a night of leisure.

After attending the NRCC dinner, Eric, like President Obama has been known to do, enjoyed a night at the Verizon center. It was a bipartisan night, as Eric was joined by Senator Landrieu and other Democrats.

Obviously the scandal here is that Eric Cantor is friends with socialists.

Hey Hill staffers, was YOUR boss also at this celebration of washed-up sex instead of watching Our Leader discuss the issues? Let us know: tips@wonkette.com

UPDATE: Cantor's office now cannot "verify with 100 percent certainty" that Sen. Landrieu was there, and so would prefer to redact that last part. Maybe they had confused her with Britney Spears?