Exclusive! This Ad That Just Debuted On Breitbart, About Obama Bowing, Will Change Everything Forever This Time, For Real! 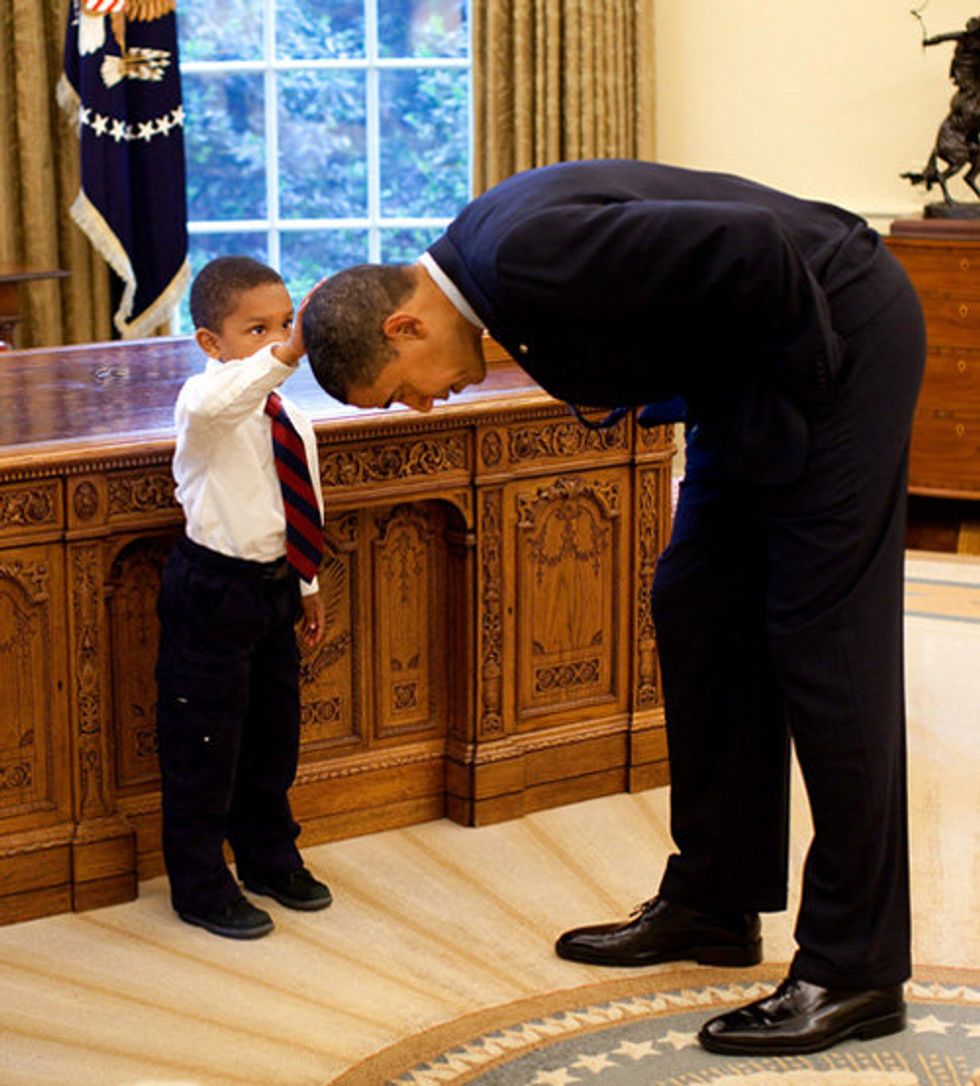 Dateline, Tampa Hyatt Lobby Bar -- David S. Bernstein, of the Boston Phoenix, just sat his ass down and made his FIRST mistake: telling your Wonkette he had found an exclusive. Then he made his second mistake, which was ... something else, whatever. Did you know David S. Bernstein does not know how to embed youtube videos? Good job, old media! Anyhoo, here is David S. Bernstein's EXCLUSIVE video, which we fucking helped him put on the Internet, because frankly we are lovely. It is about Special Ops dudes who are SO MAD that Barack Obama bows to everyone, all the time, forever, because he is a huge pussy who wants to sell America to Sharia law and Osamabinladensayswhat? Oh right nothing, the fish ate his mouth! See the anger and the glory:

Honestly, we kind of agree: sometimes Barry Bamz's bows do get a little too deep. Like the one in the picture at the top of this post, where he is selling out the entire planet to Zorubi, Boy King of Betelgeuse 3. Sorry everybody, there is no hiding from Betelgeuse 3.

UPDATE: Wouldn't you know it, the actual real Navy SEAL behind this ad turned out to be Ryan Zinke, who later became a congress person and then Trump's terrible Interior secretary, you are welcome.