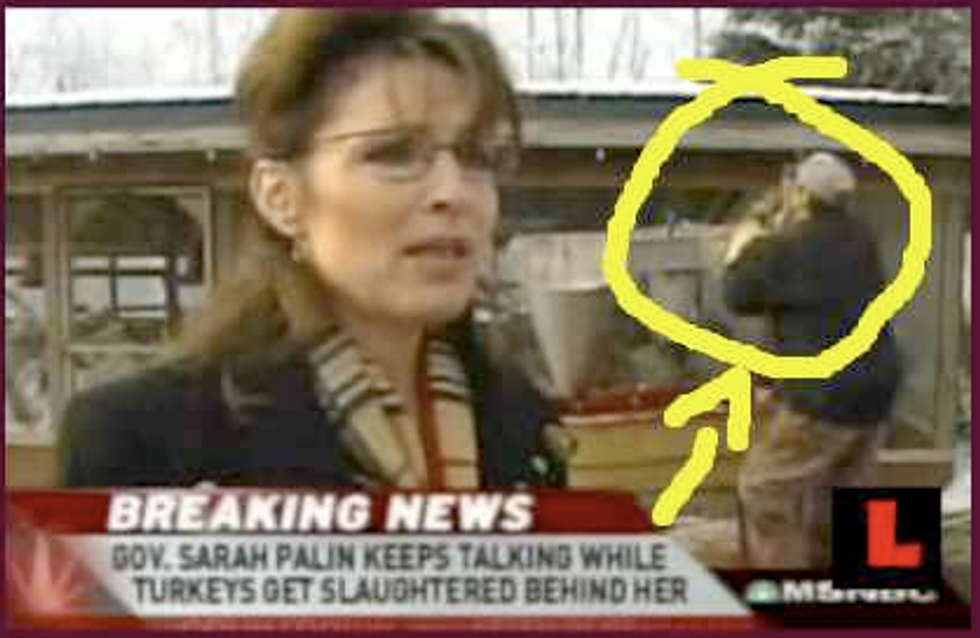 We're now at the end of day two of wondering why a private Facebook account wasregistered to Sarah Palin's personal e-mail address, a profile listed under the name "Lou Sarah" that was "friends" with members of Palin's family and her political appointees, not to mention was used to "like" her own infamous public page. Palin hasn't given an answer, but when it appeared the profile was in the process of being taken down, she issued a statement saying her public page was her only account. If the "Lou Sarah" account was hers, the statement was technically right at that point; because it was coming down, she did only have one account. So we reached out to Facebook, who sent us back a statement on why the account went down. "The account was found to run afoul of our terms and it was disabled," wrote Facebook official Andrew Noyes. "Facebook has always been based on a real name culture." He refused to say whether it was Facebook acting alone or a request by either the Palin team or somebody logged in as "Lou Sarah" that prompted the removal of the profile.

Facebook has always been based on a real name culture. This leads to greater accountability and a safer and more trusted environment for our users. It’s a violation of our policies to use a fake name or operate under a false identity, and we encourage people to report anyone they think is doing this, either through the report links we provide on the site or through the contact forms in our Help Center. We have a dedicated User Operations team that reviews these reports and takes action as necessary. We will consider removing a profile if we determine that it is not authentic and false information is being communicated on it. We also have technical systems in place to flag and block potential fakes based on name and anomalous site activity.

This is a standard Facebook statement, but we had no idea Wonkette is the "technical systems" Facebook uses "to flag and block potential fakes." They should probably compensate us for that.

Meanwhile, the very mysterious "Lou Sarah" is gone forever. And the world hasn't heard another peep out of Palin or the loyal collection of taxidermic animals who are her media team.