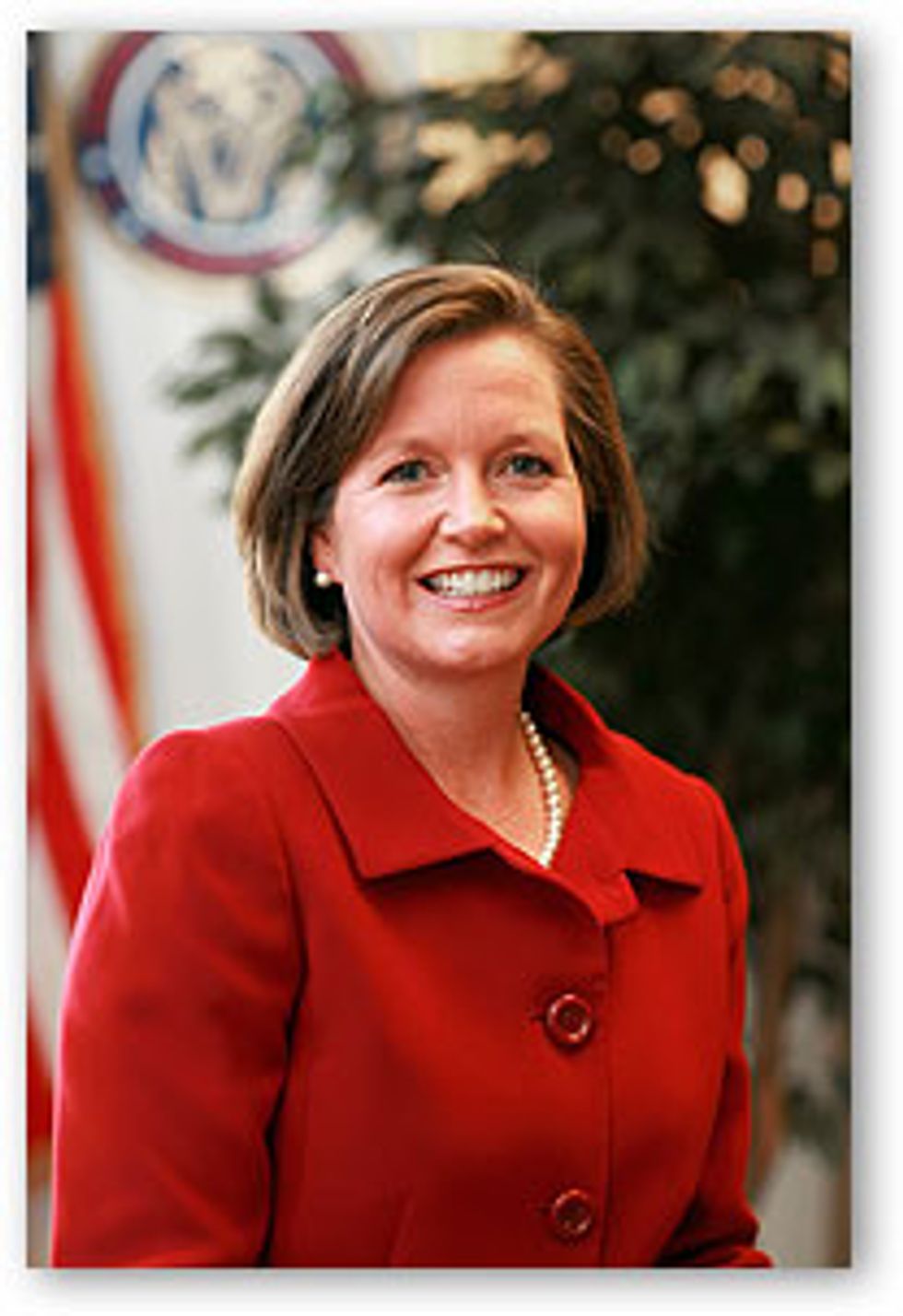 Federal Communications Commission commissioner Meredith Attwell Baker was so nice about letting Comcast buy NBC thatComcast offered her a job. Yay! We love happy endings! This must be a really good job, the kind that comes with a huge bonus for doing something like, oh, we don't know, clearing the giant corporation over a tough regulatory hurdle, because Baker is leaving the Janet Jackson boob squad to take the position. Some people don't like when this sort of thing happens, but those people should shut their stupid faces. Bureaucrats have to make bank too! And that's why, at the same point in their careers, police officers should quit the force to go work for criminal gangs trying to help them escape the law. Everybody does it, right?

Ms. Baker did not respond to several emails and phone calls for comment.

Huh? Why is that? Don't they want to tell everyone how excited they are to be working together? It's almost like there's something wrong with doing a corporation a huge favor and immediately landing a cushy job with them.

If there's one Founding Father this country adores, it's Benedict Arnold, who had the sense when to stop doing public service work and cash in with the other side. George Washington, the poor bastard, was a chump. Arnold's dedicated years working for the American public as a general totally absolve him of anything he did afterwords, right? [WSJ/Reason]