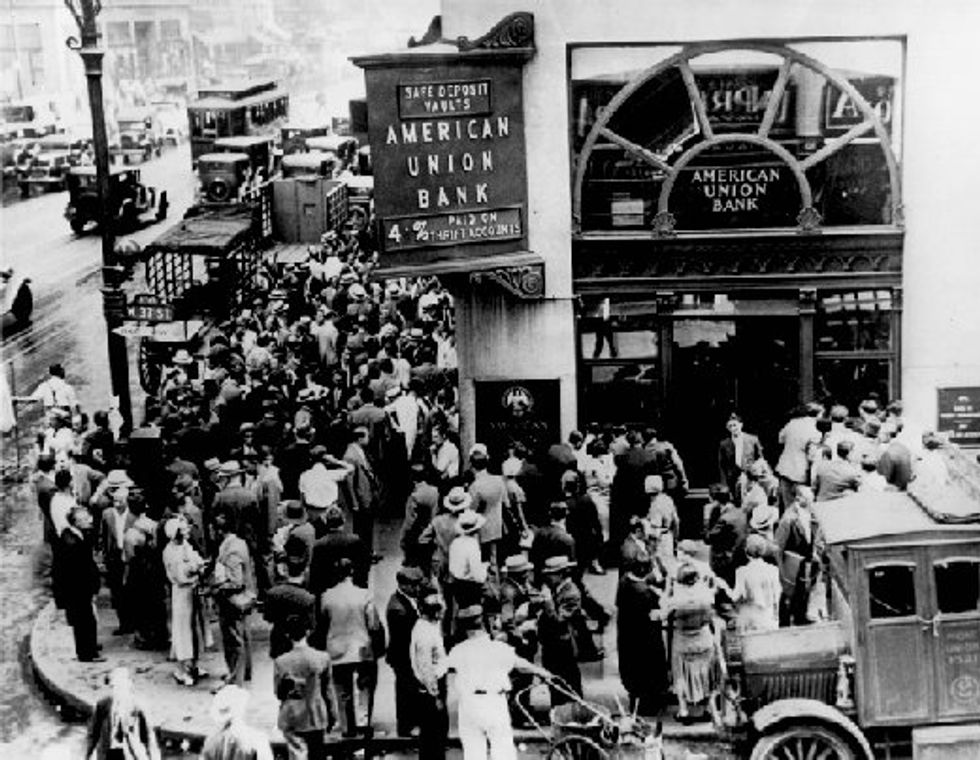 Your friendly neighborhood Federal Deposit Insurance Corporation -- the nice people who insure consumers' bank deposits -- has been having a sort of a rough time lately, what with all the banks constantly going broke. The insurance fund was pretty heavily depleted over the past year, thanks to horrific failures like IndyMac which cost the FDIC more than $10 billion. And it's not like we have seen the end of bank failures, nosir!

So. Chris Dodd would like to make it easier for the FDIC to borrow money from the Treasury Department -- as much as $500 billion through the end of 2010. Right now the FDIC's line of credit with Treasury stands at $30 billion. Is this at all horrifying, that the FDIC, which has not borrowed any money at all from the Treasury for more than a decade, might need half a trillion dollars in the next two years?

Remember how at the beginning of the Iraq War all these skinflint libtards were complaining that the war cost us a billion whole dollars every month, and that seemed like a lot of money? Five hundred billion is the new billion. This FDIC money will look like NOTHING by December 2010.