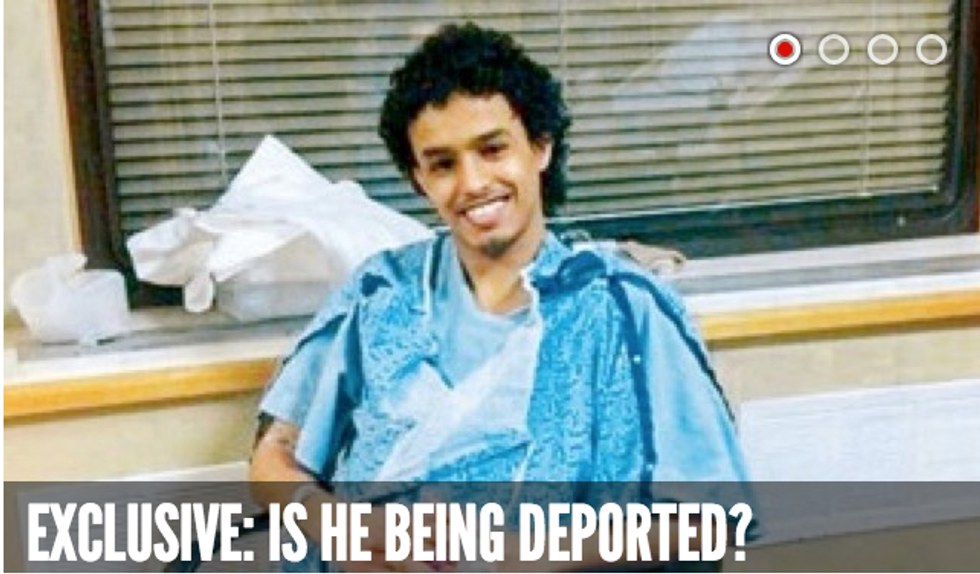 If you are the kind of radical extremist who gets his news from “newspapers” or “television” or other sources of so-called “journalism,” you probably think we don’t yet know who perpetrated Monday’s deadly bomb attack in Boston. But if you’re among the loyal members of Glenn Beck’s Internet media empire, you know the truth: the Saudi guy did it.

It may come as a shock that Beck and other right-wing outlets are focusing on a Muslim briefly reported to be a suspect, but they aren’t simply bigots who see guilt in the tawny Arab skin of Abdul Rahman Ali Alharbi. They have sources. Sources.

An FBI source has told TheBlaze that the Saudi Student was “taken into custody”. This means, when we he was reported as a person of interest, he was actually a suspect the entire time.

TheBlaze has been told that by a source that this “looks like they were trying to make this a ‘lone wolf’ crime, so the Saudi government would be spared embarrassment and the U.S. would avoid explaining how a terror cell was active when we had AQ on the run.”

One source at the FBI and another at the Saudi Embassy referred to the student as connected to an important Saudi family.

A source told TheBlaze that the FBI believes the Saudi student is tied to 2 to 3 more people.

That’s a lot of sources! The Blaze’s sources also tell The Blaze that the Saudi man who is from Saudi Arabia and is an Arab and that means he’s Muslim is being deported “on national security grounds,” which means he is definitely the terrorist bomber who bombed Boston like a terrorist.

Except wait! There’s a late breaking NEW source and The Blaze has updated its story. Now there is “discussion” that “they may not allow this man to be deported,” “they” presumably being shadowy Soros-funded secret Obama agents who are putting Agenda 21 into effect by taking away all our guns.