Feds To Colorado: You Rubes Believed Us When We Said We'd Respect Your Pot Law? Hahaha, Ya Busted 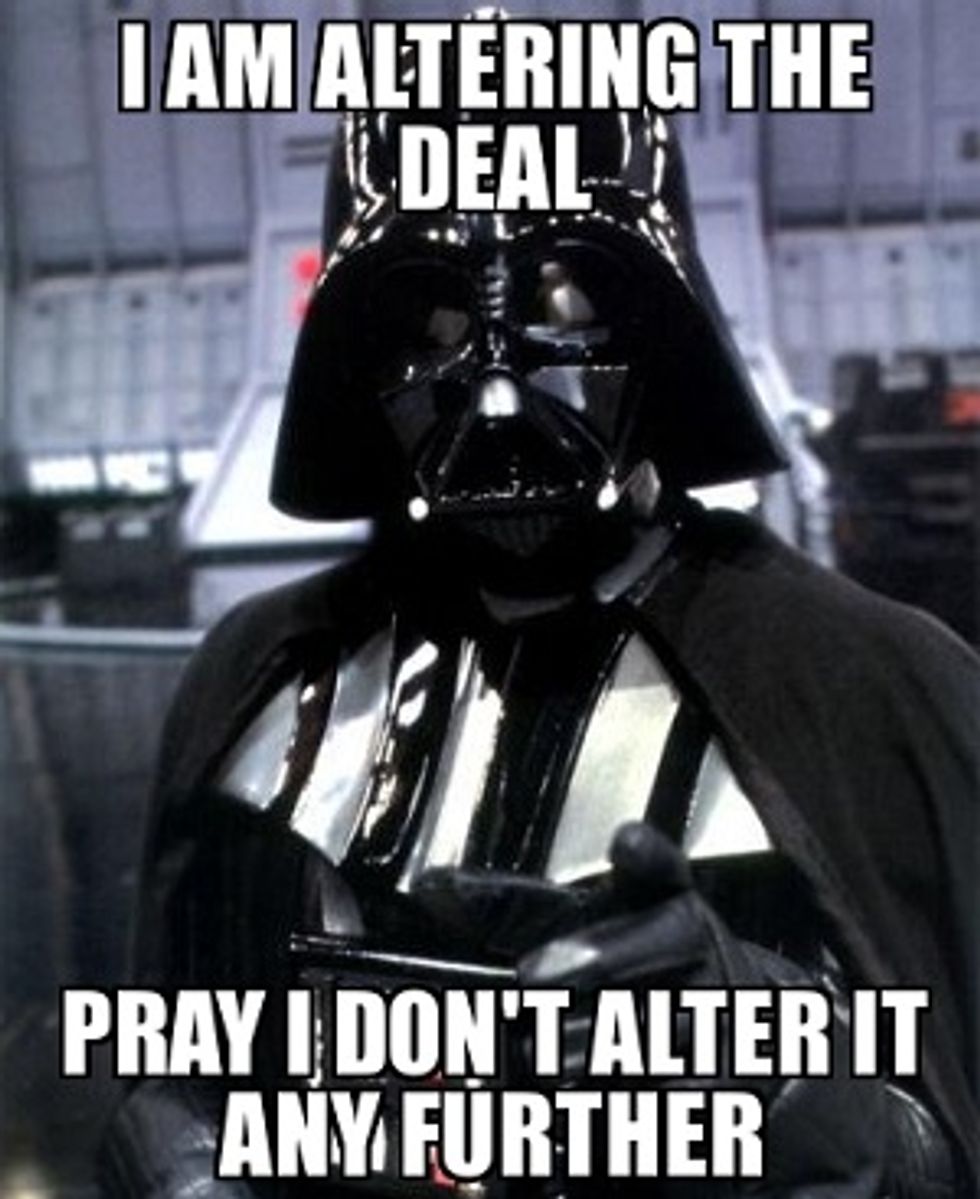 Hmmm... Looks like marijuana businesses in Colorado missed a bunch of winking and eyebrow waggling when Attorney General Eric Holder said that stuff about"not interfering" in states that had legalized marijuana. The AP is reporting that

This probably came as something of a surprise to the businesses, seeing as how the DOJ said back in August that it would only enforce federal laws against pot in cases where it was being sold to children, being sold outside states where it was legal, or if the profits were going to "criminal enterprises." Nonetheless, Denver's U.S. Attorney's Office issued a statement saying today's crackdown "comports with the Department's recent guidance" -- without going into detail, of course. Oh, hey, maybe since the sale of pot doesn't actually become legal until January 1, all the businesses getting ready to sell pot legally in a few weeks are, at this point, still "criminal enterprises" or some dumb thing? Damned if we know. Or maybe Eric Holder was just being sarcastic about letting states manage their pot sales, but forgot to use irony quotes in the written directives.

Just to add that extra little dollop of paranoia to the whole sorry mess, the raids are being conducted in an information blackout, because secrecy is always good:

The U.S. Attorney's Office said authorities were executing sealed search and seizure warrants and wouldn't disclose how many businesses are being targeted or what they're being investigated for.

The IRS was also involved in the raids; make of that what you will. Maybe it really is just a small number of cheatie guys? That would be nice to think, maybe? There is this, after all:

Colorado's marijuana industry was quick to point out that the raids did not necessarily mean that the federal government was going back on its word or planning to interfere with Colorado's plans to a recreational market.

Mike Elliott, a spokesman for the Medical Marijuana Industry Group, said the industry itself has pushed for "robust" regulations and expects industry compliance with lengthy state regulations on how the drug is grown and sold.

"While everyone involved in these raids should be considered innocent until proven guilty, enforcement is a sign that this program is working and maturing," he said in a statement.

Maaan, you go and legalize pot, and before you know it, you've got lobbyists for Big Doobie working hand-in-glove with The Man. What is this country coming to?