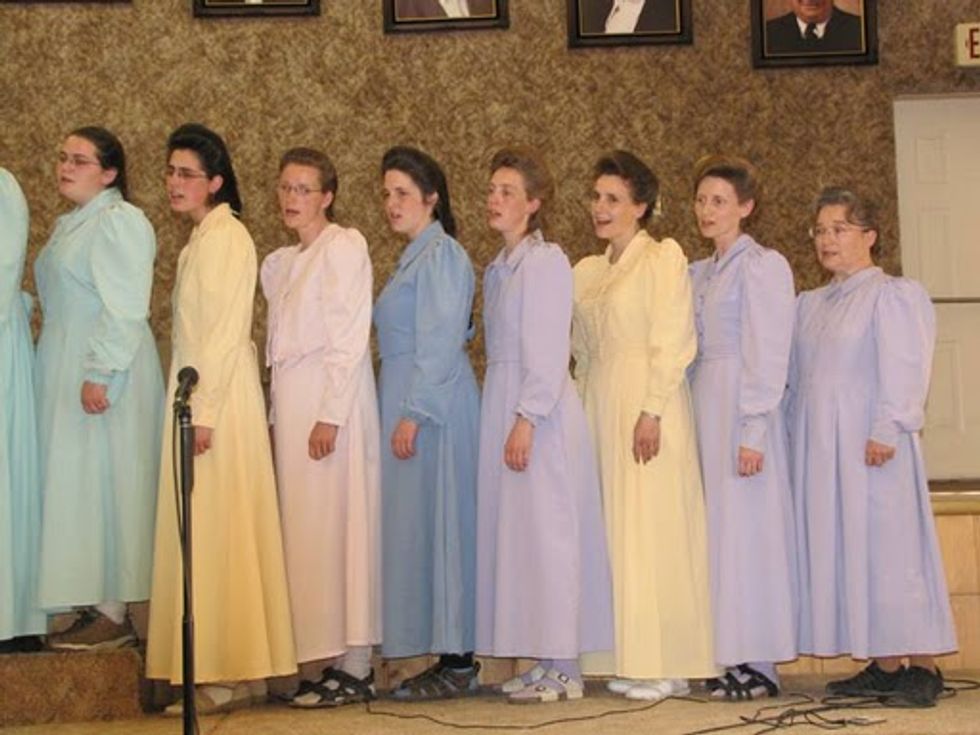 Hey! Remember the Fundamentalist Church of Latter Day Saints, that Mormon polygamist cult that got into a lot of trouble for marrying all their girl children off to old dudes and then sending their boy children off to the desert to die so they didn't steal none of the wives what rightfully belonged to the old dudes? And also the ladies looked like this?

YEAH, those people! Well, although their prophet Warren Jeffs is still in prison as a result of his penchant for child brides, the cult is still going strong. Also, they're in some trouble again!

U.S. District Judge Tena Campbell has found Paragon Contractors in contempt of court for having 1400 unpaid workers -- 200 of them children as young as six years old -- harvest pecans in freezing cold weather, with scant few chances to eat or go to the bathroom.

The owner of Paragon Contractors, Brian Jessop (a cult member himself), says that the FLDS members picking up pecans were simply volunteers, and his defense is claiming that the kids actually "looked forward to taking the break from home-schooling to build up food supplies for the needy. You know, because the needy always want pecans. Pecans are such a helpful thing for needy people to have!

Of course, several of those who have actually participated in this thrilling "break from home-schooling" have said that this was not actually the greatest experience ever. They said that they were exposed to cold rain, barred from resting in nearby vans and often given only one snack to eat and that "some of the youngest children wet their pants because there weren't enough portable toilets for all the workers." Good times!

Welp, you gotta figure they think if a 9-year-old is old enough to get married to a 45-year-old dude, then they're old enough to to pick up pecans off the ground in harsh weather without any compensation. Though it looks as though this isn't going to work out too well for them either.