Ferguson Grand Jury About As Fair And Impartial As You'd Expect 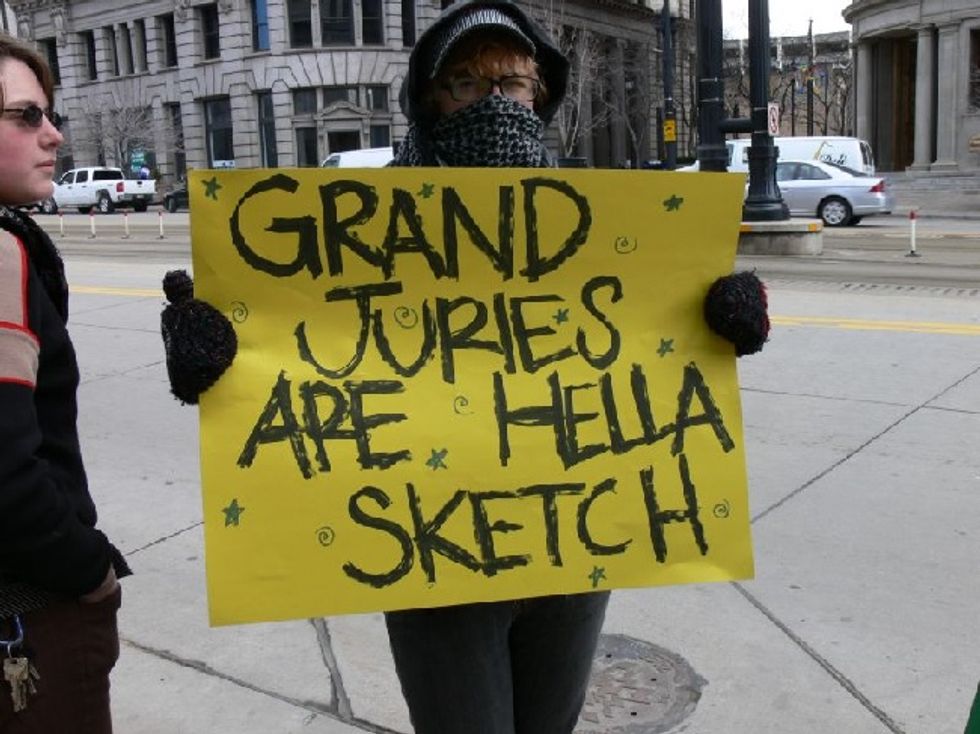 Just in case you were worried that the investigation into the shooting of Michael Brown in Ferguson, Missouri, wasn't a great enough fuckpile, here's one extra little nugget to increase everyone's confidence that justice will be done: theWashington Post reports that the Grand Jury hearing the case against Officer Darren Wilson is being investigated for possible juror misconduct. Ed Magee, spokesman for St. Louis County prosecutor Robert McCulloch, confirmed that the prosecutor's office is "looking into" reports that one of the jurors has been talking to friends about the case, which is a definite no-no and could require that an entirely new grand jury be empaneled. It's very sad, considering how much McCulloch has done to inspire confidence in the community already.

I know someone sitting on the grand jury of this case There isn't enough at this point to warrant an arrest.

While the post was deleted almost immediately, it was screenshotted by activist and Daily Kos writer Shaun King:

WaPo also notes that "the same person who tweeted about being friends with a member of the jury has also tweeted messages of support for Wilson." Can't imagine why they'd have gone and deleted their account.

The timing of the possible juror misconduct isn't exactly wonderful, since the grand jury was nearing the end of its process:

McCulloch told The Washington Post last week that both the FBI and county police’s investigations into the shooting are “pretty much done.” He also said that jurors should be done hearing all the evidence by later this month, but they could meet through mid-November.

Grand jury proceedings are confidential and if there has been a breach, the prosecutor’s office may have to start over with a newly empaneled group.

Ben Crump, the attorney for Brown's family, called for a full investigation, saying that if a member of the grand jury

It's like Ben Crump doesn't even believe in free speach or something -- next we'll find out that the liberals aren't even allowing grand jury members to wear "I am Darren Wilson" wristbands.