Ferguson Prosecutor: Sure, I Sent Liars To Grand Jury. That's A Problem Now? 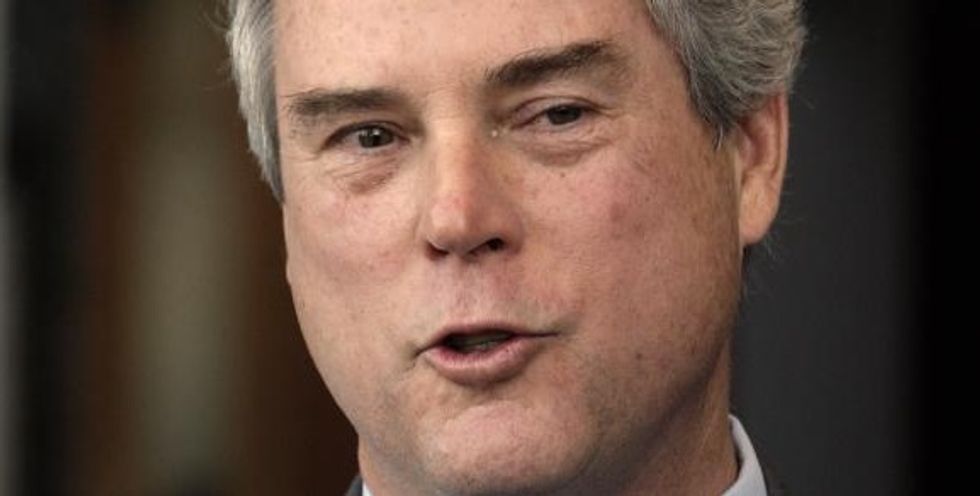 On Friday, St. Louis County Prosecuting Attorney Robert McCulloch spoke publicly about the grand jury process for the first time since November, when he announced that the grand jury had found officer Darren Wilson a swell guy. He also admitted that he knew that some of the witnesses he put before the grand jury were lying and obviously couldn't have seen what they claimed. "There were people who came in and, yes, absolutely lied under oath," he said, and seemed perfectly OK with that, actually. Here's the full interview:

[contextly_sidebar id="63s1aA1TOnZ2mQLzKw4oFQXXCYunf0IU"]In particular, he said that he was quite sure that Sandra McElroy, aka "Witness 40," whose testimony matched a favorite rightwing claim -- that Michael Brown charged Wilson like a football player -- was nowhere near Ferguson that day and had made up her testimony based on reading media accounts:

[T]his lady clearly wasn't present when this occurred," McCulloch said. "She recounted a statement that was right out of the newspaper about Wilson's actions, and right down the line with Wilson's actions. Even though I'm sure she was nowhere near the place.

On the other hand, he had a very good reason for putting everyone -- including witnesses who the police and FBI found to have no credibility at all -- on the witness stand: if he hadn't, the media would have whined that he was too selective:

He later added, "I thought it was much more important to present anybody and everybody and some that, yes, clearly were not telling the truth. No question about it."

Honestly, it's not really a prosecutor's job to prepare a case, it's just to serve as a sort of line attendant, to make sure that everybody gets to the witness stand without tripping. Let the grand jury figure out who's lying -- after all, they got some excellent guidance about what the law was, so they're the deciders.

For some reason, some people seem to think that maybe McCulloch is admitting to behavior that's somehow unethical or even criminal. Maybe what he did was suborning perjury, maybe it wasn't. Why not just have a bunch of people who've read about it on the internet go before a grand jury and see what charges they come up with, if any?