Ferguson Protesters Celebrate Their Right To Choo Choo Choose You 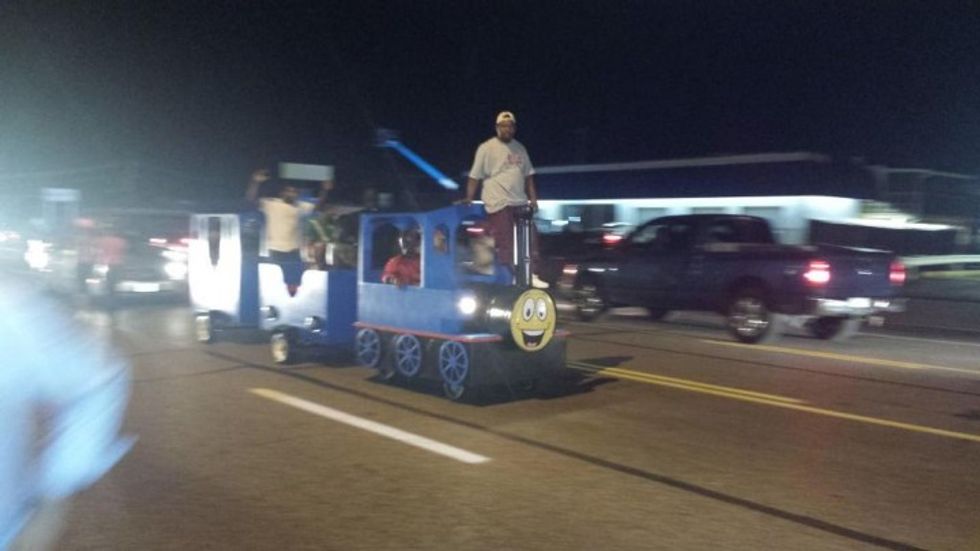 As Snipynoted earlier, the transfer of policing in Ferguson, Missouri, from the local Seal Team Six Wannabes to the Highway Patrol turned last night's turnout into more of a block party, as people celebrated being able to go out in their own streets again without being tear gassed. And one of the stranger entries in the parade was this bizarre kiddie ride pressed into service as a vehicle for protest/celebration. It got a lot of attention, and while Snipy already shared this Vine image in her earlier post, we have to agree it's pretty awesome and worth another look: