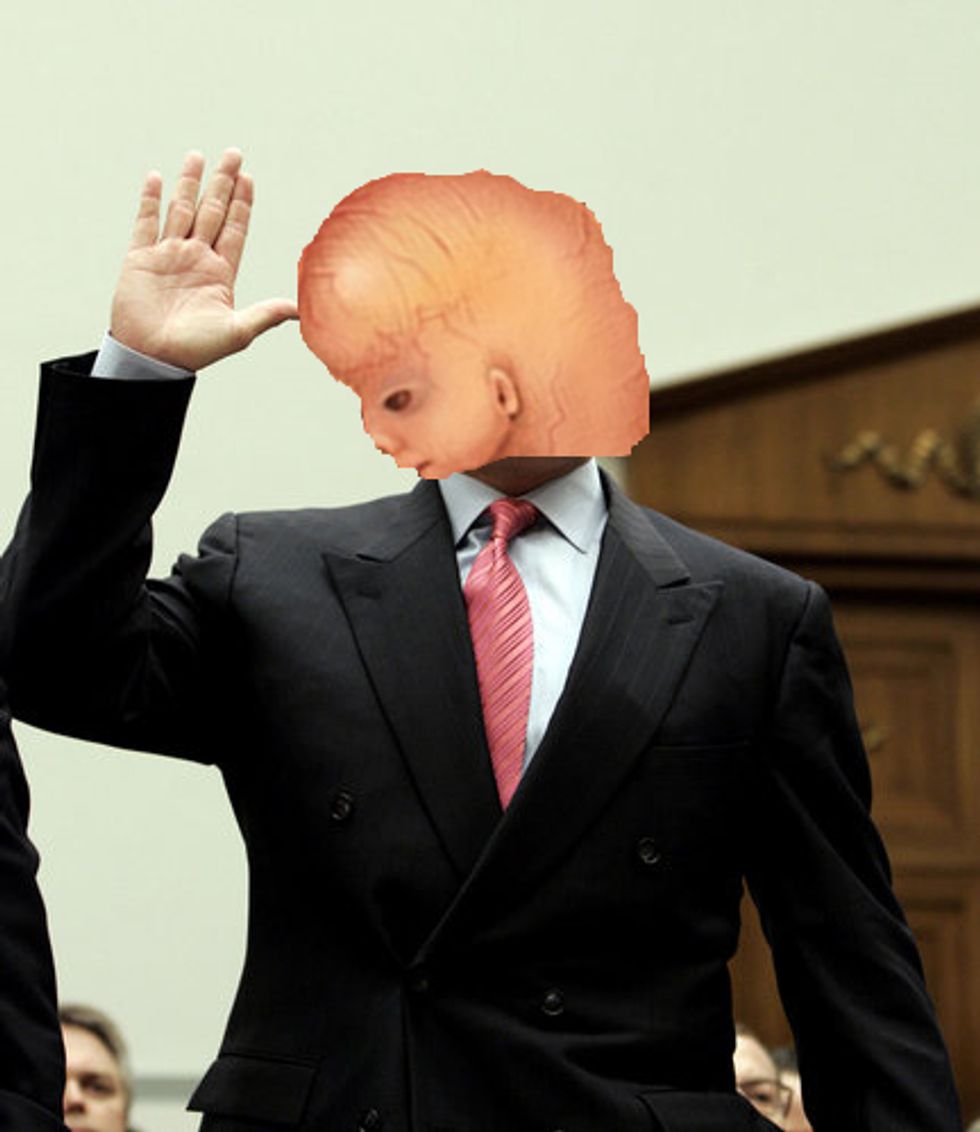 So this is totally normal, sanething to do: "A fetus has been scheduled as a legislative witness in Ohio on a unique bill that proposes outlawing abortions after the first heartbeat can be medically detected." When the fetus refuses to answer the committee's questions, will it be held in contempt and arrested? What exactly happens when we start charging fetuses with crimes? It's probably illegal to arrest the mother too, right? So we're going to have to forcibly remove that fetus from that woman if it refuses to come out with its (non-existent) hands up. And we'll lock it up in jail overnight so it learns its—whoops.

An aide to committee Chairman Lynn Wachtmann said a pregnant woman will be brought before the committee and an ultrasound image of her uterus will be projected onto a screen. The heartbeat of the fetus will be visible in color.

Did the fetus consent to this? Why isn't this committee forcing other fetuses to testify? Where do babies come from? So many questions. [WJW via The Awl]