daily beastjournamalismnewsweekprint is deadpt "Me &amp; Julio Down by the Schoolyard" To Be Even More Obscuretina brown 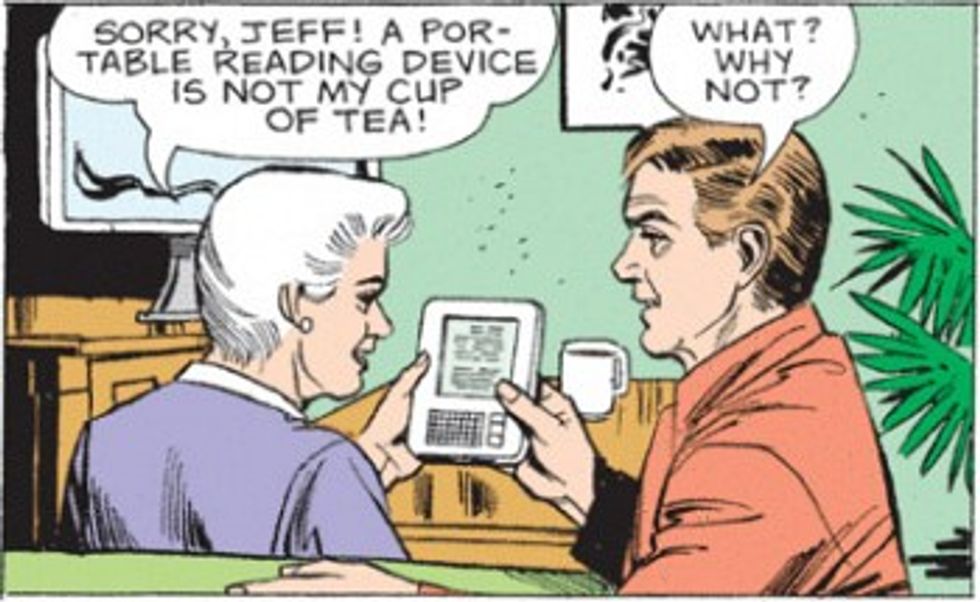 We hope you damn hipsters with your Kindlepads and iNookies arehappy.Newsweek, a bastion of middle-brow media culture since its 1933 inception, will convert to an all-digital format in 2013, according to an announcement today on Tina Brown's Internet Tendency.

We mostly remember Newsweek from our college days as "the one that's a dollar cheaper for the student subscription" and as the originator of the "Conventional Wisdom Watch," which taught a post-Reagan America how to snark, although more recently it was also known as "the one that didn't darken its O.J. mugshot cover" and "the one with that stupid 'Muslim Rage' cover." The publication had long been a loss-leader for the Washington Post / Kaplan Test-Prep Company, which sold it in 2010 to Tina Brown's Home for Disgraced Journalists. Brown's announcement today insists that

We are transitioning Newsweek, not saying goodbye to it. We remain committed to Newsweek and to the journalism that it represents. This decision is not about the quality of the brand or the journalism—that is as powerful as ever. It is about the challenging economics of print publishing and distribution.

In other (and somewhat shocking) news, Newsweek isn't able to make a go of it in print even with 1.5 million subscribers. Apparently photoshops of Old Princess Di don't come cheap.