Fine, The Trumps Will Take Their 'Charity' And Go Home! 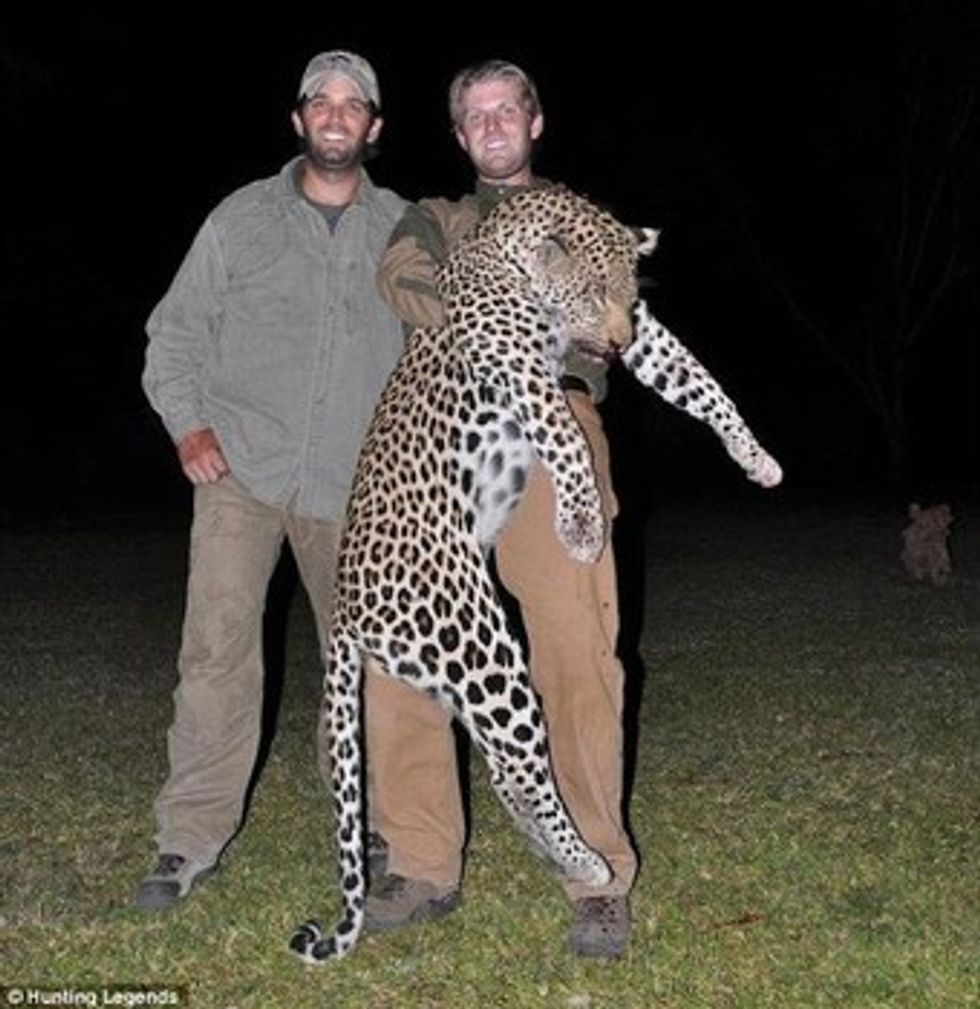 St. Jude Children's Hospital in Memphis, Tennessee, is a terrific place to send all that extra money that is just weighing you down. They never send any family a bill. They pay for your whole family to come and stay while your baby is getting treatment. You've seen the ads, and you've probably sent the money. THEY ARE VERY GOOD ADS.

Pay to play? We are shocked, shocked that anyone would suggest such a thing.

You know who else likes to send money to St. Jude? One of the Trump boys, the blond one we guess. But now he can't anymore because of how he and his brother keeps trying to sell off access to themselves, their seester, and their dad, for "charity." And his father, the president-elect of the United States, is SO SAD FOR HIM! IT IS INJUSTICE! IT IS VERY GRRR! Let's move our lips as we sound out the words, together!

1. Eric Trump can send as much money to St. Jude's Children Hospital as he ever-lovin' wants! He can even call up all his buddies and say HEY! I WANT YOU TO SEND A BUNCH OF MONEY TO ST. JUDE'S TOO! It's really easy to donate to them; they have bank accounts and everything, and there's not even a secret password.

2. There doesn't seem to be any reason in the whole wide world why money that goes to St. Jude Children's Research Hospital needs to stop by the Eric Trump Foundation first. Maybe it wants to be nice and spruced up when it arrives at St. Jude's, and so accepts Trump's offer to have a little bath, a "laundering," if you will, what we are saying with these anthropomorphic money bills is that Eric Trump is shady as shit, and also his dad uses his charity to give money to the mob.

3. Don? How many times did you call Hillary Clinton's foundation -- which saved AIDS orphans, you dick -- "pay to play" and insist even having a foundation meant you were too corrupt to live? Eh, doesn't matter, nothing matters any more.

4. I hope David Fahrenthold is investigating every expenditure the Eric Trump Foundation has ever, ever made.

5. And St. Jude? You should think about taking his name off that wing; he ain't good for it.