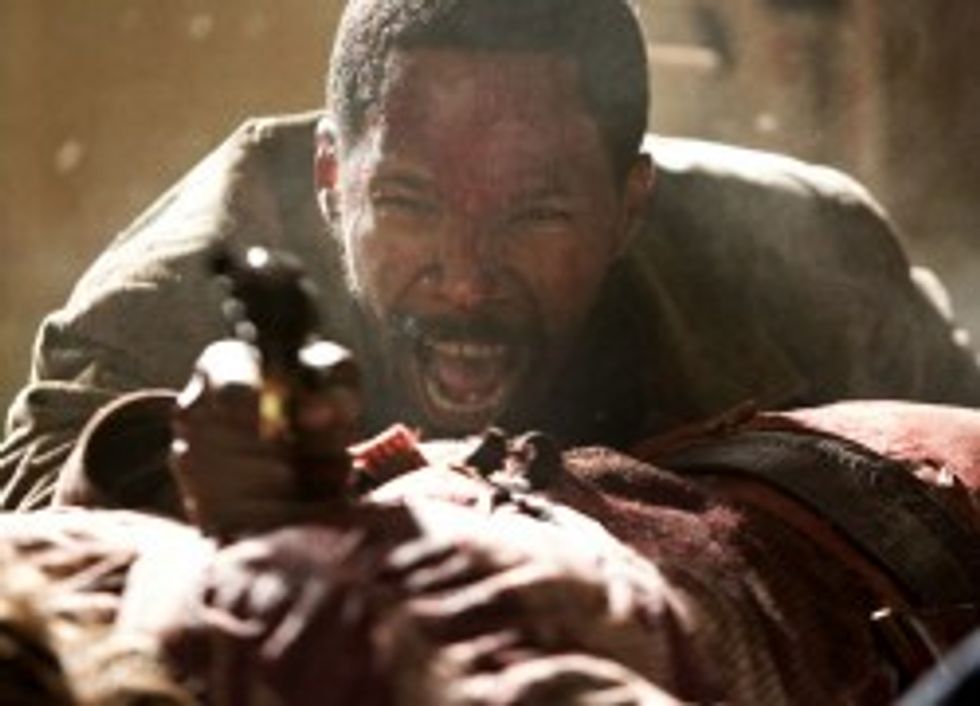 You may have heard, there is a fired LAPD cop/former sniper going around murdering everyone, from the daughter of the Police League lawyer who didn't win his case, to all the lesbi-cops and every other "high value target" in the universe. The LAPD, they are responding byshooting anyone in a blue or black truck, including two ladies delivering newspapers. This does not inspire confidence, LAPD!

But what you probably have not heard, if you read "everything you need to know" about him on Buzzfeed, is um WHY? Which is easily answered if you read his manifesto. And the answer is LAPD racisms, and he is the Mighty Sword of Anti-Racist Justice. Fuckin' yikes dude! Can't you just march with the rest of us, and maybe write blog posts about Tucker Carlson instead? We have found it is an excellent way to release all the feelings that might otherwise have an outlet only in MURDERING PEOPLE'S KIDS.

KTLA has the manifesto, but has redacted the names of anyone Christopher Dorner accuses of racism, miscarriage of justice, or excessive force -- which, okay journalismists. It is a whole lot of people calling black people "nigger" and kicking them in the face, a "Chupacabra" female cop who purposely drew blood from a woman in her 70s, Latino cops with their boots on the necks of their newer-arrived Latino brothers and sisters. Dorner does not care for any of this. In fact, if it weren't for ALL THE MURDER, we would say Christopher Dorner had a very good point.

So, hooray, we finally have an actual leftist terrorist on a spree-killing-spree, instead of our usual favorite rightwing ones watering the tree of liberty with the blood of Census workers or whatever.

Let us wrap this up with a quote from Django, which unfortunately we have not yet seen. Impart some wisdom, IMDB quotes!

Gentlemen, you had my curiosity. But now you have my attention.

That'll do, Internet. That'll do.