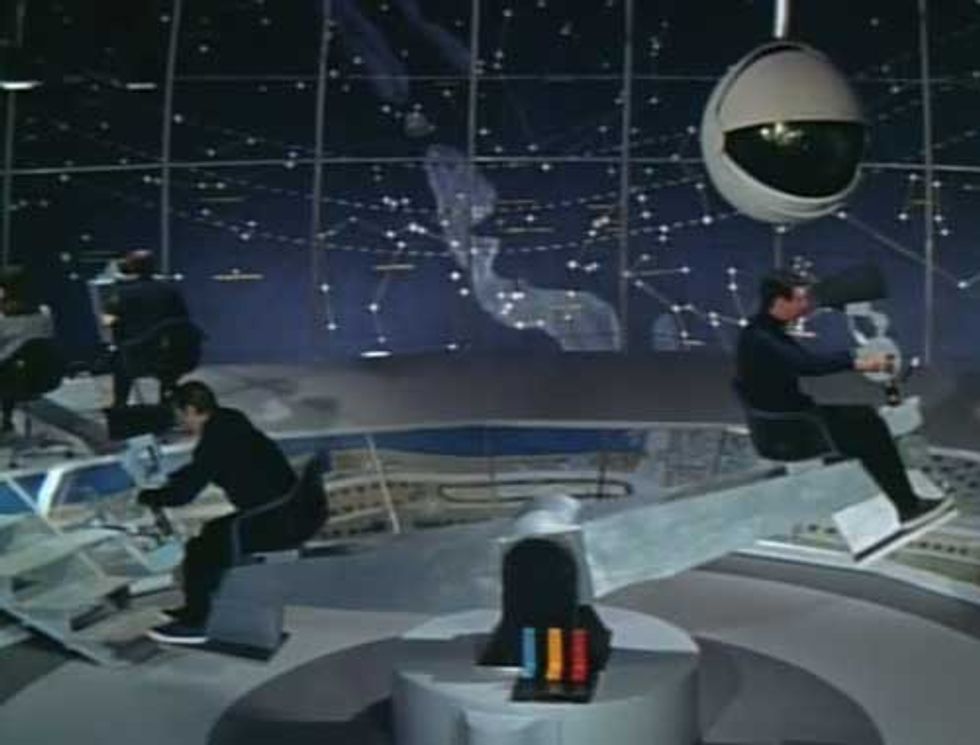 The New York Times reports that the FISA court, the top-secret judicial body that was originally just in the business of rubber stamping surveillance warrants for the NSA, has expanded into some exciting new territory! Now it "has taken on a much more expansive role by regularly assessing broad constitutional questions and establishing important judicial precedents, with almost no public scrutiny," and we couldn't be happier knowing that the court's 11 judges are secretly building a body of law about civil liberties with no apparent higher review. If nothing else, it's going to make things difficult for law students trying to summarize the issues in [Redacted] v. [Redacted].

The Times article explains that the FISA court "has quietly become almost a parallel Supreme Court, serving as the ultimate arbiter on surveillance issues and delivering opinions that will most likely shape intelligence practices for years to come." The court has already made some pretty broad decisions affecting exceptions to the Fourth Amendment's protection against search and seizure without a warrant, but you shouldn't have to worry about that as long as you're not a terrorist or an owner of a telephone, computer, or abacus.

In particular, the court has expanded what's called the "special needs" doctrine, which allows the gummint to do some searching and seizing without a warrant when "an overriding public danger" makes it necessary, like random drug testing of railway workers or luggage searches in airports. The FISA court has ruled that the same principle justifies "the N.S.A.’s collection and examination of Americans’ communications data to track possible terrorists." This seems like kind of a big deal, maybe?

That legal interpretation is significant, several outside legal experts said, because it uses a relatively narrow area of the law — used to justify airport screenings, for instance, or drunken-driving checkpoints — and applies it much more broadly, in secret, to the wholesale collection of communications in pursuit of terrorism suspects. “It seems like a legal stretch,” William C. Banks, a national security law expert at Syracuse University, said in response to a description of the decision.

And while the FISA court has been building a body of law that is being used as precedent for further decisions on surveillance, it's also completely secret, and almost completely immune to scrutiny. There's a Court of Review that can hear appeals, although that seldom happens, and "no case has ever been taken to the Supreme Court." That's probably only because all its decisions have been sound and completely, indisputably right. The article notes that the FISA court's presiding judge has considered the possibility of releasing partial summaries of decisions, with classified information removed, but worries that this would result in misunderstandings and possibly stilted re-enactments by Nina Totenberg.

The court has also expanded the kinds of information the NSA can sift through, deciding that "foreign intelligence" can also include communications not just about terrorism, but also other countries' nuclear programs, espionage, or cyberattack threats. In one recent departure from past practices, no warrant was needed for intelligence officials to "get access to an e-mail attachment sent within the United States because they said they were worried that the e-mail contained a schematic drawing or a diagram possibly connected to Iran’s nuclear program." No word on whether it was actually of any intelligence value, or just a birthday card with the label "this is da bomb."

Also, while the court didn't deny any of the 1800 requests for intelligence warrants submitted to it last year, the FISA judges "have bristled at criticism that they are a rubber stamp for the government, occasionally speaking out to say they apply rigor in their scrutiny of government requests," so don't you go calling them easy, OK?