FishbowlDC Writes Eight Million Word Hit Piece About Party They Got Thrown Out Of, For Journalism 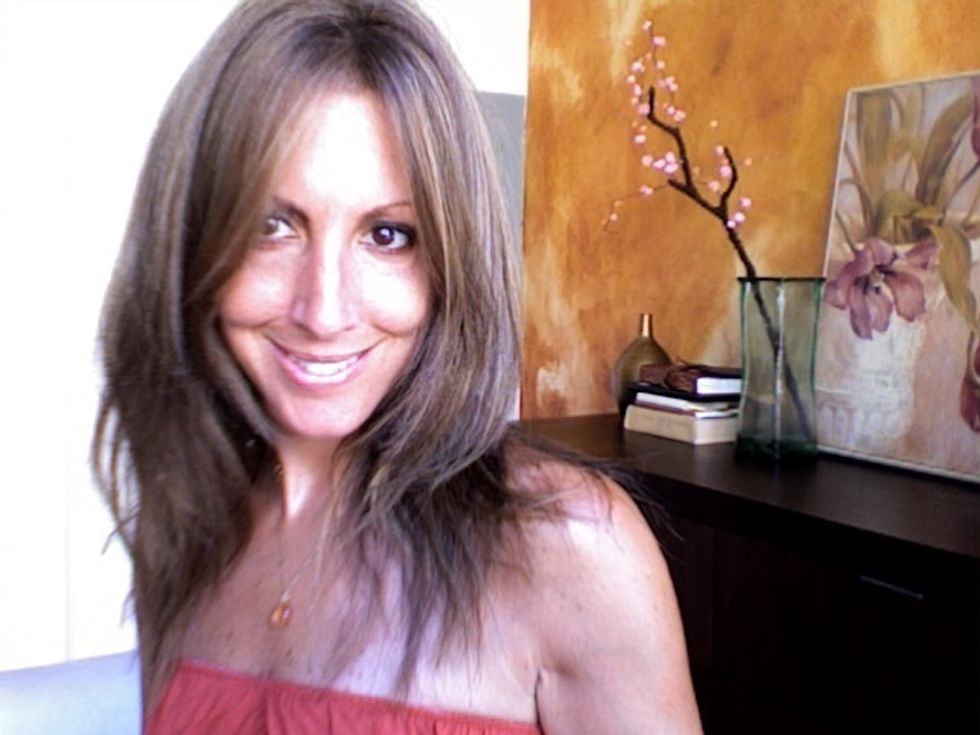 You will forgive us if we at first did not realize the importance of Perfesser Journalism Betsy Rothstein'sREALLY MAD column in Fishbowl DC about how Tammy Haddad's White House Correspondence Dinner brunch is so stupid, and everybody hates it, like, all the people she interviewed about how they are mad they did not get invited this year were trying NOT to get invited it is so crowded nobody goes there anymore.

We did not realize the significance because we did not make it to Word Four Million, where Betsy Rothstein begins the tragic tale of having been thrown out of the party last year, for being a dick and nobody likes her. :(

Tammy Haddad is a Washington person -- read Newell's explainer here -- and apparently she has a brunch every year, and it is quite "the thing." Whatever, we do not care.

But Betsy Rothstein does! First she calls Haddad "mobster-like" (the "-like" protects Rothstein from those pesky libel suits), and quotes a whole bunch of unnamed uninvited sources about how it is The Worst party and stuff. She does find one person to go on record though!

After being off the list for many years, this year Carol Joynt, Editor-at-Large for Washingtonian, received a coveted invite. One of party’s 10 hosts, Mark Ein, invited her. But on Thursday she got bumped because she had not RSVP’d properly and was told that “no exceptions” could be made due to “security reasons.”

Joynt’s reaction: “I’m laughing. What etiquette book do they use? The Salahis?”

She said her interests in attending were never wholly about the party. “I never planned to write about the brunch in the first place,” she said. “I didn’t consider it a story. My interest in attending was to see what the event designers did with Katharine Graham’s house, because Mark had told me about it before. I’ve only been once before, when it was at the Haddad home, and I found it too crowded and only OK. It is an example of the celebrity wrangling and idolatry that is at the root of the disquiet among the ranks of the WHCA. This year they bit back at the people who want to make their dinner all about Hollywood.”

Yes, "what etiquette book" do "they" use, person who never RSVPed and then slagged all over the party she didn't want to go to for the enjoyment of someone's hospitality, but only to see their house, that was "only ok."

Anyway, eventually -- like, really eventually -- we get to the tragic scene, wherein Betsy Rothstein goes to a party she knows she is not invited to, yells at a person working there, sneaks in anyway, and then bitches about Bloody Mary's, for Journalism, and Principles.

As for last year, here’s what happened to yours truly. A host I will refer to as The Reasonable One invited me but lectured me beforehand. I was told in no uncertain terms that I was not to write anything “mean” about Tammy. I was told there were people who were not comfortable with my presence there, but they were going to let me in anyhow providing I did as I was told. I bristled at the journalistic principles brushing up against my soul, but pushed them aside for what I thought might be the greater good of going to the party and developing my sources. And yes I’m being serious, but also overly dramatic. Another part of me was like, who cares? It’s one party.

On the morning of the party, a blonde woman I will refer to as Queen of the Clipboard Nazis, phoned and said it was urgent that we speak. I didn’t even know she was involved with the party, but immediately thought I was being uninvited. So I did what a real gossip reporter would do and didn’t bother to call her back. If they wanted to disinvite me, they’d have to do it at the gate and then I’d write about it. I was half hoping that would happen.

When I arrived I approached the check-in desk with some trepidation. No one wants to be told they’re not on the list — it’s embarrassing. Sure enough, a less powerful Clipboard Nazi told me I wasn’t on the list and directed me to a man in watermelon-hued trousers. I was kind of laughing to myself about the ridiculousness of it all — I’m hardly a socialite — but I proceeded to chat amiably with the Watermelon Police. He was a smooth operator. He asked who I was and who specifically had invited me. He didn’t even flinch. “Right this way,” he said, leading me to the cluster of journalists penned up outside the house.

Soon enough, a journalist friend grabbed me and wanted me to come inside. It was packed, a real mob scene. Queen of the Clipboard Nazis approached and said, “Can I talk to you?” I was flustered. “What’s up? About what?” I replied, a slight impatience in my voice. I worried about losing my friend in the crowd. She told me she really needed to speak with me and pulled me aside in the foyer. I felt like a child who was about to be scolded. Which was, in fact, what happened. “There are some people who are uncomfortable with your presence here,” she said, eerily repeating almost verbatim what the other host, The Reasonable One, had said. She proceeded to lecture me about the party and Tammy and said, “You and Tammy really need to have a drink sometime. We really need to set up a time for you two to do that.” Tammy has henchmen? I had no idea. I told the Queen of the Clipboard Nazis that Tammy could write or call me anytime she wants and schedule a drink. She began to launch into more of the lecture when I interrupted her and said, “You’re actually being rude. I am an invited guest to this party and I don’t need you giving me a lecture I’ve already heard and agreed to. So if you’ll excuse me…” She looked horrified. I walked off into the crowd and immediately felt dirty, like even being here was selling my journalistic soul. My next thought: ‘what do I have to do to get a Bloody Mary around here?’

Also, everybody's already told her she and her little butt monkey Eddie Scarry aren't allowed at any of the WHCD parties because of how they take creep shots making fun of women's big butts, for sisterhood.