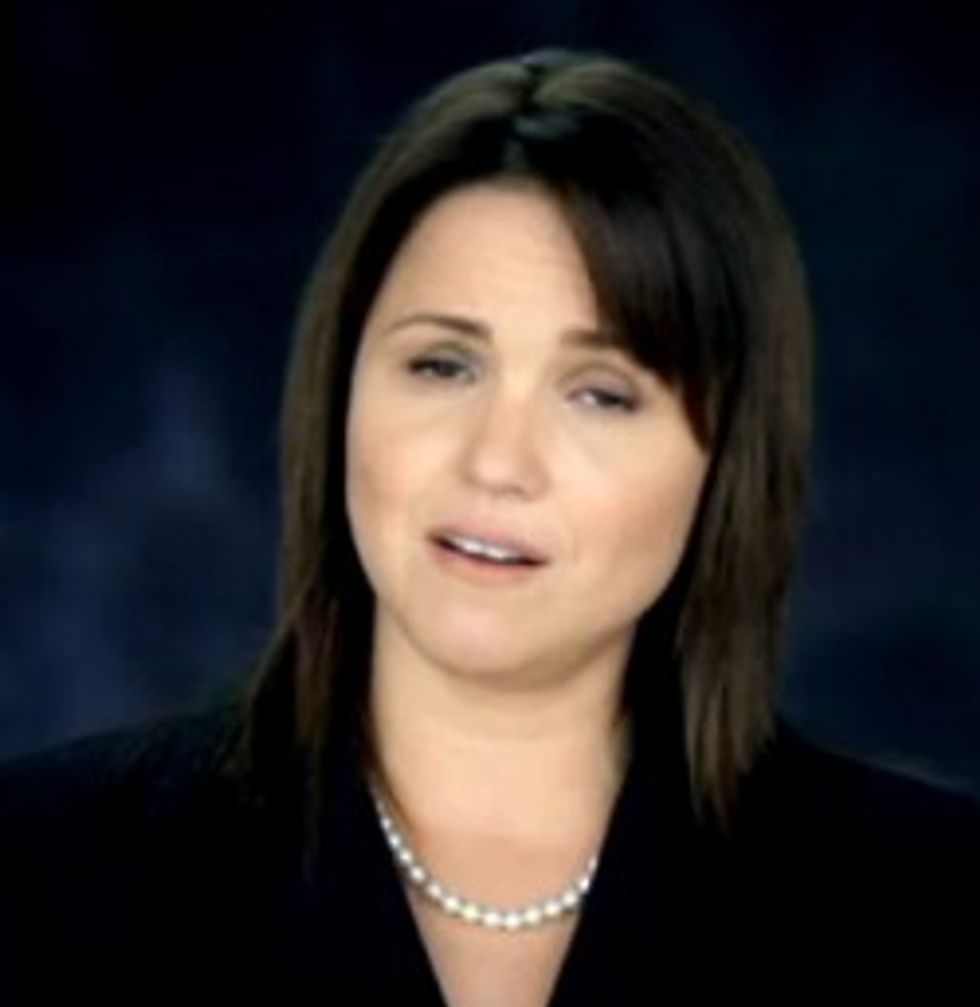 Nimrod second-tier grifter Christine O'Donnell is trying desperately to sell herdumb book about how to knit homemade dildos Xtine's Tea Party expertise, which ranks somewhere below the sequence of random numbers and letters in a license plate database for its contribution to policy. A crowd of four teabaggers showed up to her book signing in Naples, Florida to meet her, plus one guy who asked her to sign a copy of his devil worship handbook, which she refused to do. (Haha, we like this guy.) 2012 preseason grifter tryouts are coming to a close, and we don't see her making the cut. Maybe it's time to just go back to selling vibrators and sorcery manuals on Amazon, Christine?

From the Florida News-Press:

O’Donnell took the turnout of five people — members of the media outnumbered customers — at Barnes & Noble in stride.

“God bless you, Tom,” she told Tom Bruzzesi of Fort Myers, who said he’s launching his own presidential campaign.

“Thank you for coming out today,” O’Donnell said to Louise Campo of Naples.

O’Donnell, a Christian, then politely turned down a request from a young man who asked her to sign his book on demonology instead of a copy of her book.

Christine is supposedly also slated to perform at one of Sarah Palin's Tea Party circle jerks in Iowa, but, uh, this guy on Twitter reports that organizers say that was all just a big mistake because even Sarah Palin fans somehow cannot tolerate this weirdo. Back to the minor leagues, amateur! [Florida News-Press]