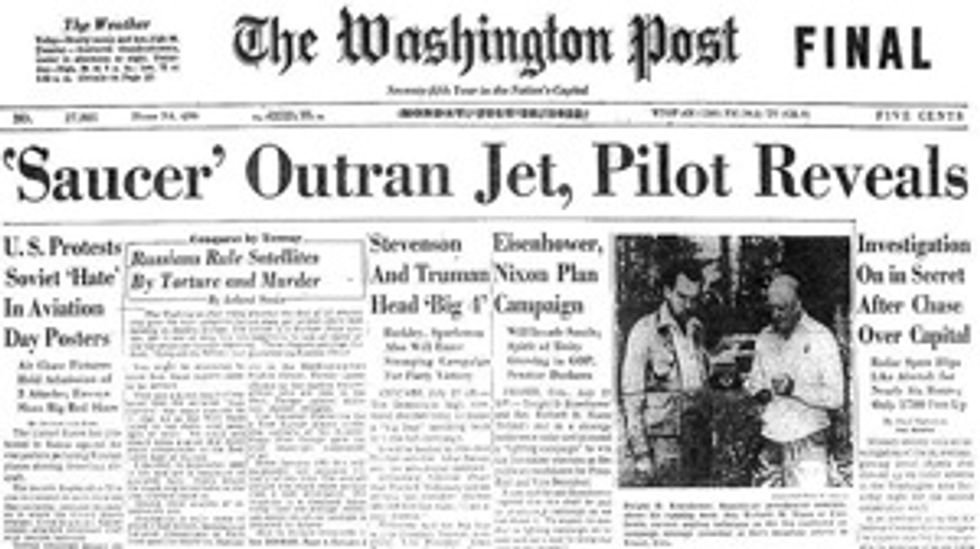 Boy howdy, this March 4th edition (how??) ofThe New Republic is a real piece of work! Here's an interesting snippet from an editorial titled "MSM, RIP," by The Editors: "On The Huffington Post and its ilk, you would find rants about how 'Beltway media really makes no effort to do anything other than parrot totally out-of-touch conventional wisdom--no matter how inane, stupid and ridiculous it is.' This rhetoric creates a poisonous atmosphere. By assaulting the credibility of the press, it destroys its authority in the culture, giving cover to politicians who would rather avoid dealing with reporters in the first place." Man, those liberal bloggers sure had some nerve that time they invented the massive natural forces dictating the evolution of information flow, huh? Well, enough. Don't adapt, just stop the Internet. And if you think some newspaper isn't credible, keep it to yourself, because that could destroy the newspaper's authority! [TNR]