Florida Frat Shut Down, Just For Whizzing On Flags And Cussing Disabled Veterans 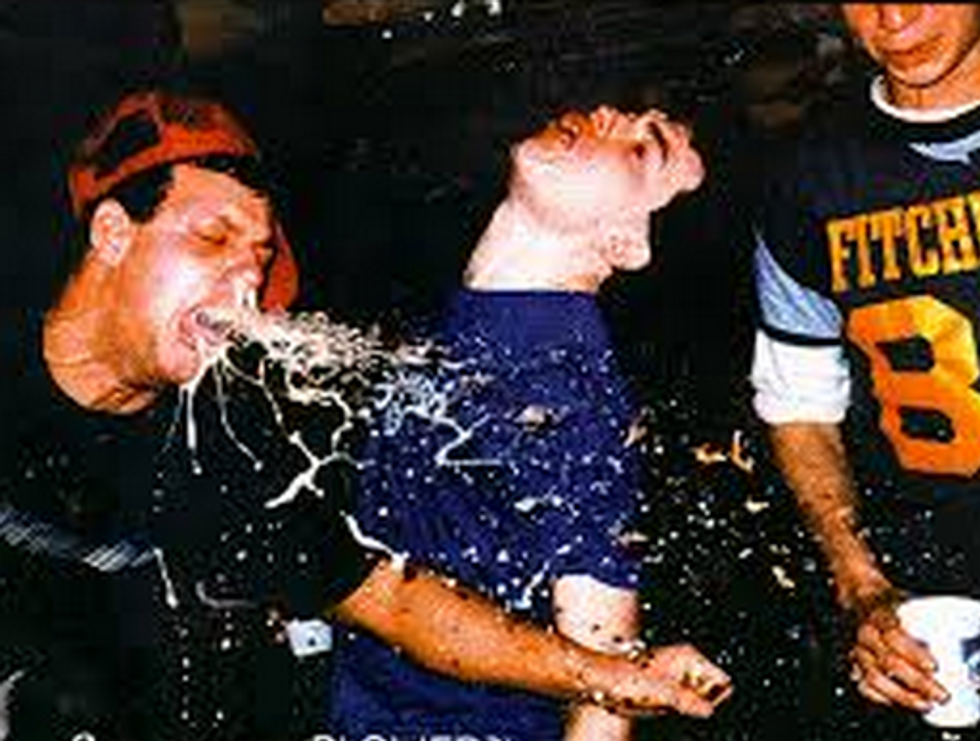 And now for a dispatch from the "what kind of entitled, malcontent douchenozzle shit are America's fraternity boys getting into these days?" file! So this fraternity at the University of Florida, Zeta Beta Tau, was having its spring formal in Panama City Beach, Florida, at the same resort that was hosting the Warrior Beach Retreat, which, according to its website, is a gathering intended to give our disabled veterans a damn week off to relax in the Florida sunshine. So, of course the frat boys thought it would be a good idea to get shithoused drunk and piss all over the vets' American flags, all while cussing at them:

"They actually spit on me and my service dog as well, and that's just so disrespectful and it hurts. I come and I feel honored and I feel safe and that I belong, but now I feel like I'm defending myself," said veteran Nicholas Connole.

"They're a total disgrace for our military. They were urinating on the American flag, they were throwing things off of the balconies," Cope said.

It takes a special kind of drunk to think that it would be a good idea to spit on a veteran AND his service dog, and also to piss on the American flag. OH WAIT, no it doesn't, we just remembered that thing about "a drunk man's words are a sober man's yadda yadda yadda." It takes a special kind of ASSHOLE to do those things. I mean, sweet Lord, we at Wonkette don't like to jump to conclusions about how people were raised (except with Rand Paul's kid, because good God), but what the hell went wrong in these troglodytic cum-farts' upbringings that they thought, "hey, this is a thing to do, while drunk?"

"We are absolutely disgusted by the accusations that have been made regarding the behavior of members of this chapter. ZBT has a long history of serving our country, with brothers currently serving in all ranks of the military," said ZBT Fraternity International President Matthew J. Rubins.

"I continue to be saddened and disappointed by the reported mistreatment and disrespect of our military veterans," University of Florida President Kent Fuchs said in a statement. "Our university has always honored, and will always honor, the service of veterans. The reported conduct of this fraternity contradicts the values of service and respect that are at the center of this university."

Reportedly, the Florida ZBT chapter was throwing its formal in conjunction with the chapter from Atlanta's Emory University, but so far it seems like the Emory boys managed to behave themselves and somehow refrain from drunkenly insulting, spitting on and pissing on the disabled vets. Not to generalize about the states, but maybe this kind of thing flies in Florida, but Not In Georgia! They apparently still teach manners there.

The ZBT fraternity reportedly was started in 1898, for all the Jooz who couldn't get into other fraternities, but now they've opened their doors to Just Plain Assholes, which is a victory for ... progress? No, wait, we think it's a victory for nothing, nothing at all. Go back to the old way, at least at the University of Florida.

Of course, there will be many who hear these stories and think "goddamn, fraternity boys are horrible," but as A Southern, your Wonkette can report that we have known many, many nice fraternity boys, who would never do anything like this. So #NotAllFratBoys, we guess? But definitely some of them!

Enjoy the rest of college, Florida ZBT's! We sure your whole Greek experience will really help you out with your resume, later in life.