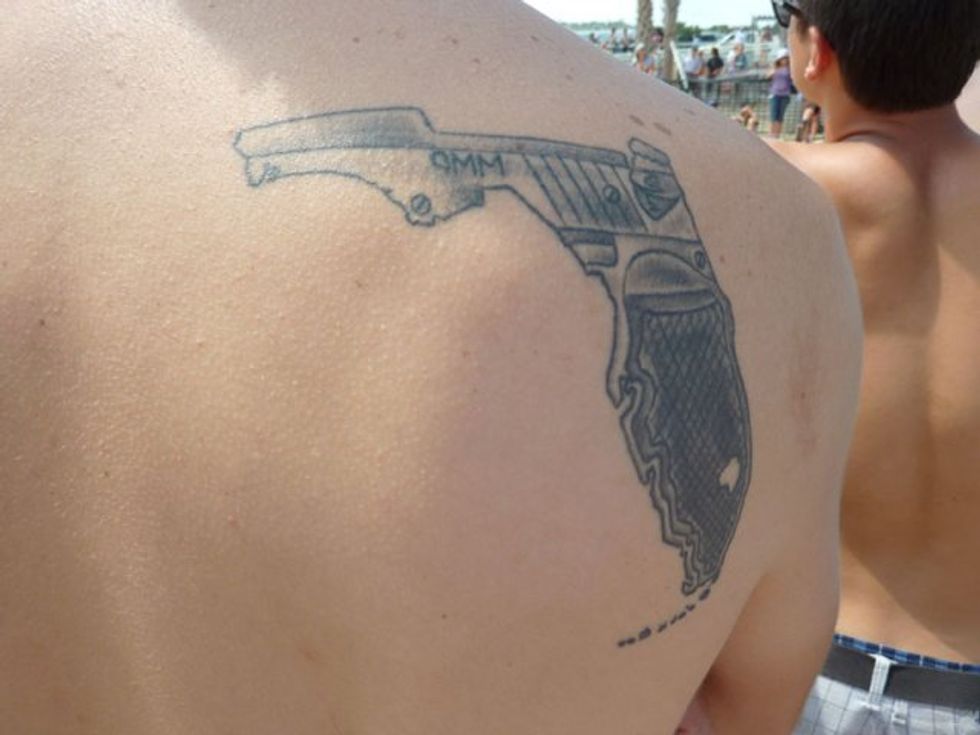 Florida’s Vigilante Justice Community is likely mourning the temporary loss of a friend this week, since he is IN JAIL for the so-called "crime" of choking out an old black dude who was legally carrying a gun.

According to the Hillsborough Sheriff’s Office, 62-year-old Clarence Daniels was entering Walmart with his legally concealed firearm to buy coffee creamer on Tuesday when he was spotted by 43-year-old vigilante Michael Foster.

Nevermind that this is a Wal-Mart, which likely puts gun possession at somewhere between 50 and 75 percent of the people in the store. Now add “Florida” to this equation and it probably reaches full saturation with the exception of some (not all) of the toddlers present. So Foster’s intervention makes about as much sense as tackling a creamer-carrying customer to protect the lactose intolerant. Anything else?

Foster, who is white, had observed Daniels conceal the weapon under his coat before he came into the store. When Daniels crossed the threshold, Foster tackled him and placed him in a chokehold, Hillsborough Sheriff’s Office spokesperson Larry McKinnon explained.

“I have a permit!” Daniels repeatedly shouted back.

In a huge upset, Daniels did not die in the ensuing scuffle and escaped relatively unscathed, while Foster (who is white, we remind you) was actually arrested. However, authorities lamented the regrettable fact that there aren’t more bad guys walking around as targets for bored citizens with hero-complexes.

“Unfortunately he tackled a guy that was a law-abiding citizen,” McKinnon noted. “We understand it’s alarming for people to see other people with guns, but Florida has a large population of concealed weapons permit holders.”

Yeah it’s “unfortunate” we had a Good Guy on our hands and not one of the Others. Also, if it’s really “alarming for people to see other people with guns,” instead of totally reassuring like the NRA says, perhaps arming the entire populace isn’t the greatest public safety strategy.