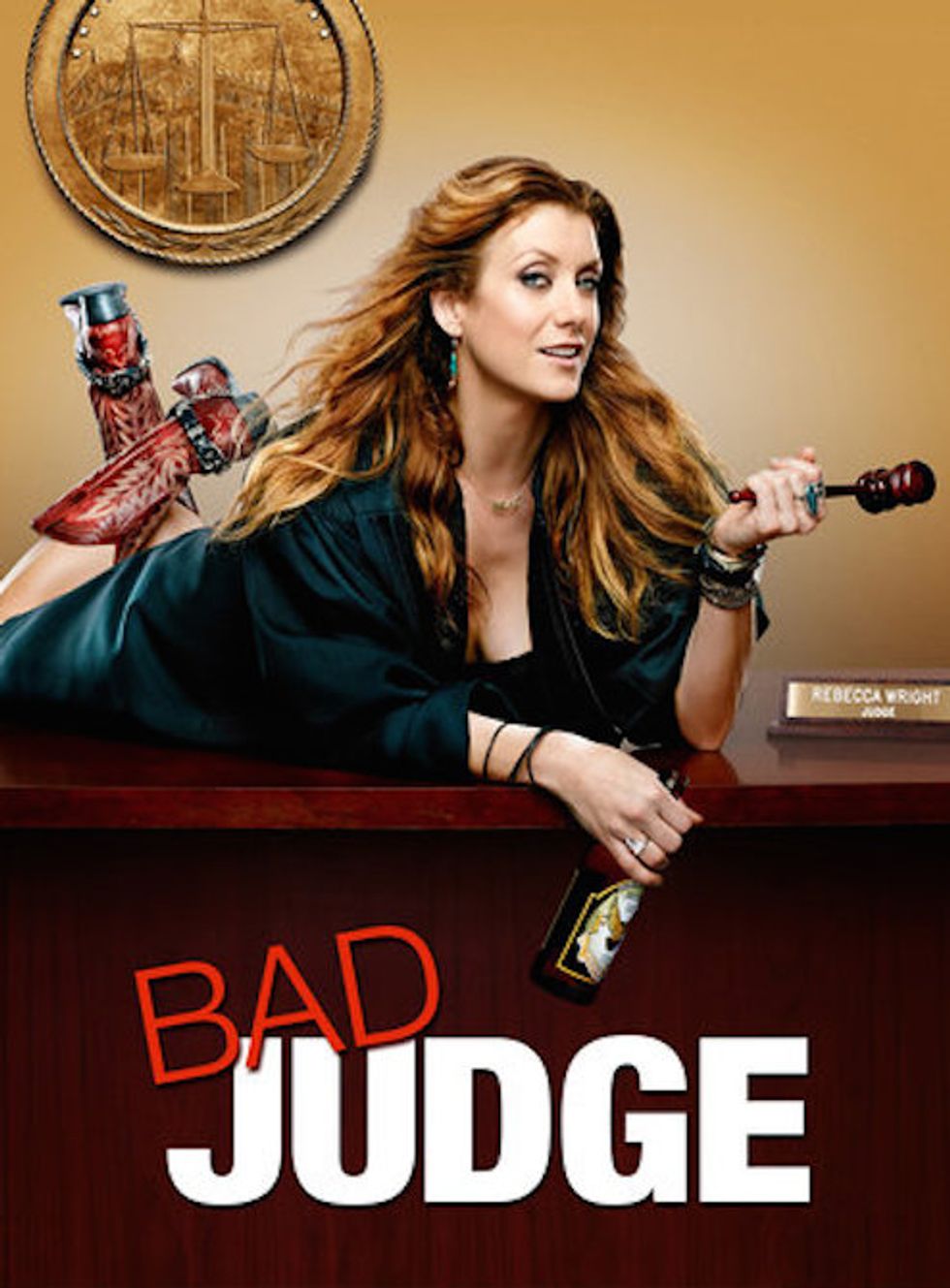 We know we say this a lot, but seriously, what on earth is wrong with Florida? Specifically, what the hell is wrong with judges in Florida? It's like the entire judiciary is having a particularly weird and virulent nervous breakdown.

Last week, we had the judge who tried to beat a public defender up because said public defender was foolish enough to invoke his client's constitutional protections. Silly public defender. Today, we bring you the (hopefully) (just kidding) last chapter in the long strange depressing sordid tale of Broward County Judge Ana Gardiner, who was finally disbarred last week after having had an affair with a prosecutor while said prosecutor was trying a death penalty case in front of her. Wait what?

Yeah, that. So back in 2008, the Broward/Palm Beach New Times broke the story of Gardiner's relationship with Assistant State Attorney Howard Scheinberg and it was a pretty fucked up story!

Sunrise Commissioner Sheila Alu [...] remembers Gardiner and Scheinberg talking about a murder case. They laughed about it, saying the people involved were gay. They talked about how a juror had fainted at the trial after being shown a particularly gruesome photograph of the victim's gaping neck wound.

The commissioner soon realized this wasn't just courthouse gossip: Gardiner was the judge in this ongoing trial, and Scheinberg was the prosecutor who was trying to put the defendant on Death Row.

See?! We told you that was super fucked up! And you will not even be a bit surprised to learn that the punch line is that the defendant was convicted and sentenced to death. You will also not be surprised to learn that Gardiner and Scheinberg were indeed getting their fuck on during the trial and also too Gardiner then totally lied about it, which is kind of a bad thing for a judge to do.

When confronted with the relationship, as well as the 949 phone calls and 471 text messages between the two, Gardiner lied under oath.

That is a lot of fucking phone calls. Like, we don't make that many phone calls in a year if we can help it, but then again we are not in the throes of passion with a lady who has the power of life and death over other human beings. Maybe that makes you really want to pick up the phone.

Gardiner resigned as a judge, but Florida being Florida, she picked up a sweet-ass gig with former U.S. Attorney Thomas Scott's law firm, because why not reward her behavior?

There's some small bit of justice in the world, because Gardiner lost that sweet-ass gig last week when she finally got disbarred.

On Thursday, the Florida Supreme Court brought down the hammer in a unanimous decision against Gardiner, ending her career in law.

"Considering Gardiner's dishonest conduct and the harm that her actions have caused to the administration of justice in a capital first-degree murder case, we conclude that disbarment is the appropriate sanction," the Supreme Court justices wrote in their decision.

Of course, before the hammer drop, she protested about how this whole thing had been really hard on her.

Gardiner argued that nothing has ever interfered with her job while tearfully testifying at her Florida Bar trial in November.

"I've given everything up, including one of the things I love the most — my job," Local 10 reported her saying

Oh my god you guys we almost forgot the very best part!!

In a surprising twist, Gardiner has since married her defense attorney in the Bar investigation, David Bogenschutz.

We would expect no less.