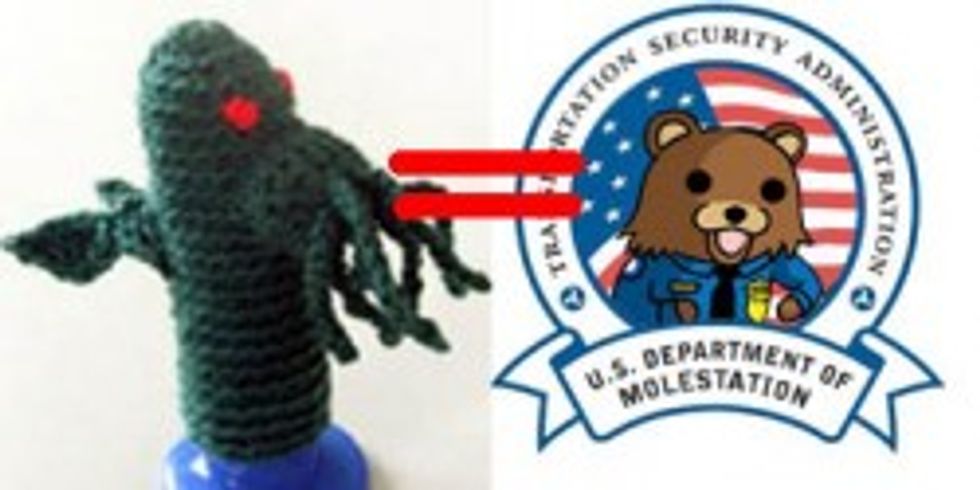 TSA pat-downs have somehow become libertarian wingnuts' favorite new "alien anal probe of death" conspiracy cause, which means they will march around and make demands, to the government, libertarians asking their government for things, and tell the dang government to go do something about it. The Florida Libertarian Party spent its July Fourth weekendwriting a big frothing stack of letters to every sheriff in Florida demanding that police arrest TSA agents across the state on the grounds that they believe the pat-downs violate the Fourth Amendment, which is hilarious because we thought judges were in charge of declaring laws unconstitutional.

Ron Paul thought a little harder about the whole thing, and he went a step further last week to call for the abolition of the entire TSA, because it is a torture training center where TSA agents test out Guantanamo techniques on air travel passengers.

Ew. Well, whatever. We are still looking forward to watching Ron Paul conduct his campaign on horseback. [The Hill]