Florida Man With Two Guns Does Road Rage The Best, Shoots Self In Leg 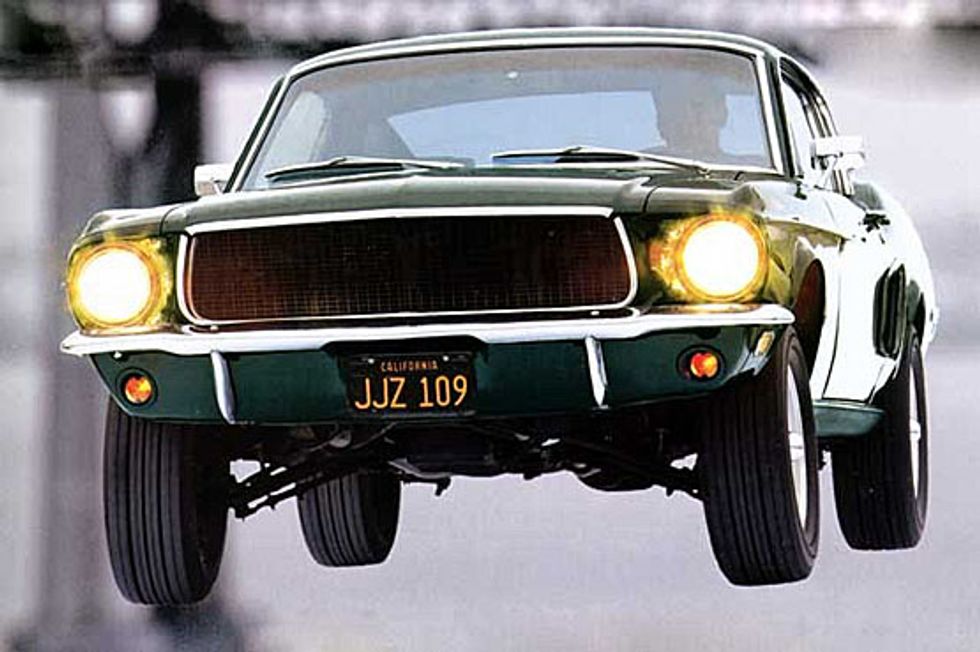 Florida Man was nowhere near as cool

Oh golly, is there anything more exciting than a story where "Florida Man" and "Responsible Gun Owner" are the very same guy? And it's NOT George Zimmerman, we mean? From Fort Myers, Florida, comes this exciting tale of road rage, in which the road rager somehow ended up shooting himself in the leg. Please try to feel sorry for a fellow human being in pain, or say fuck it, he's lucky he only hurt himself.

Melissa Drake told TV station WBBH that she noticed a silver Mercedes weaving all over the road Thursday, and honked at it when suddenly cut in front of her. She says the jerk in the Merc then "brake-checked" her, causing her to slam on her brakes, and then one of the three teenagers in her car saw the guy pointing a handgun at them. She called 911, they told her to get out of there, and she did, driving away as quickly as possible as he continued to drive erratically -- at one point he even "backed his vehicle up in traffic and crossed several lanes." As one does. Drake realized she was dealing with an Alpha Responsible Florida Gun Owner:

"As we're going by, he has an assault rifle now following us," Drake said. "I saw the scope and I thought 'Oh my God.'"

"Who on this Earth would point a weapon at a child?" Drake said. She was instructed by the 911 operator to leave the area.

Not much later, the silver Mercedes thumped into a guardrail, and another woman, Gayle Sarceno, stopped to give assistance to the driver, who was out of the car jumping around on one leg:

“He’s spewing blood from his leg,” Sarceno said. “He just drops, right there in the center lane.”

She and another witness stopped to help the man, who told them his name was Alex and that he had shot himself in his car.

Sarceno said the man was in extreme pain and apparently went into shock, and he was taken by an ambulance to a nearby hospital.

Yr Wonkette would like to congratulate Ms. Sarceno on her basic humanity, her willingness to help a stranger in pain, and her ability to resist the urge to go "Neener neener neener!" when she found out how "Alex" had hurt himself.

In what seems like a pretty odd media-relations decision, police have not yet released the name of the suspect, possibly because they're waiting to arrest and charge him after he's out of the hospital. Deputies recovered a "large black rifle and a handgun from the car and saw a large amount of blood around the diver's area." [sic]. Well there's the problem. Gun probably got tangled in his scuba gear. It's unclear whether the guy shot himself with the handgun, the rifle, or both, for the sake of collecting the full set of wounds.

Poor fellow. It would be quite a shame to suggest that American Gun Culture and the ready availability of plenty of weapons to hotheaded loons is any reason we should ever be concerned about all the idiots with guns out there, since most Responsible Gun Owners would never do anything like this. We should probably crack down on violent Hollywood movies and videogames instead of suggesting that there are too many people with guns who aren't especially responsible, oh heavens no.

Also, we should probably complain about Lee County Sheriff's Office spokesman Lt. Scott Lineberger's assessment of what people should take away from the incident:

Lineberger called the incident bizarre and said the victim did the right thing by calling 911.

"After you encounter a road rage incident it's better to let them drive off, call the sheriff's office, give the details," Lineberger said.

What? Running away like a common Frenchman is better than shooting it out on the road? Is the Lee County Sheriff's Office trying to turn this country into Europe?

[WBBH and News-Press via RawStory]