Florida School Board May Just Give Up On Distributing Bibles. Thanks, Satanic Temple! 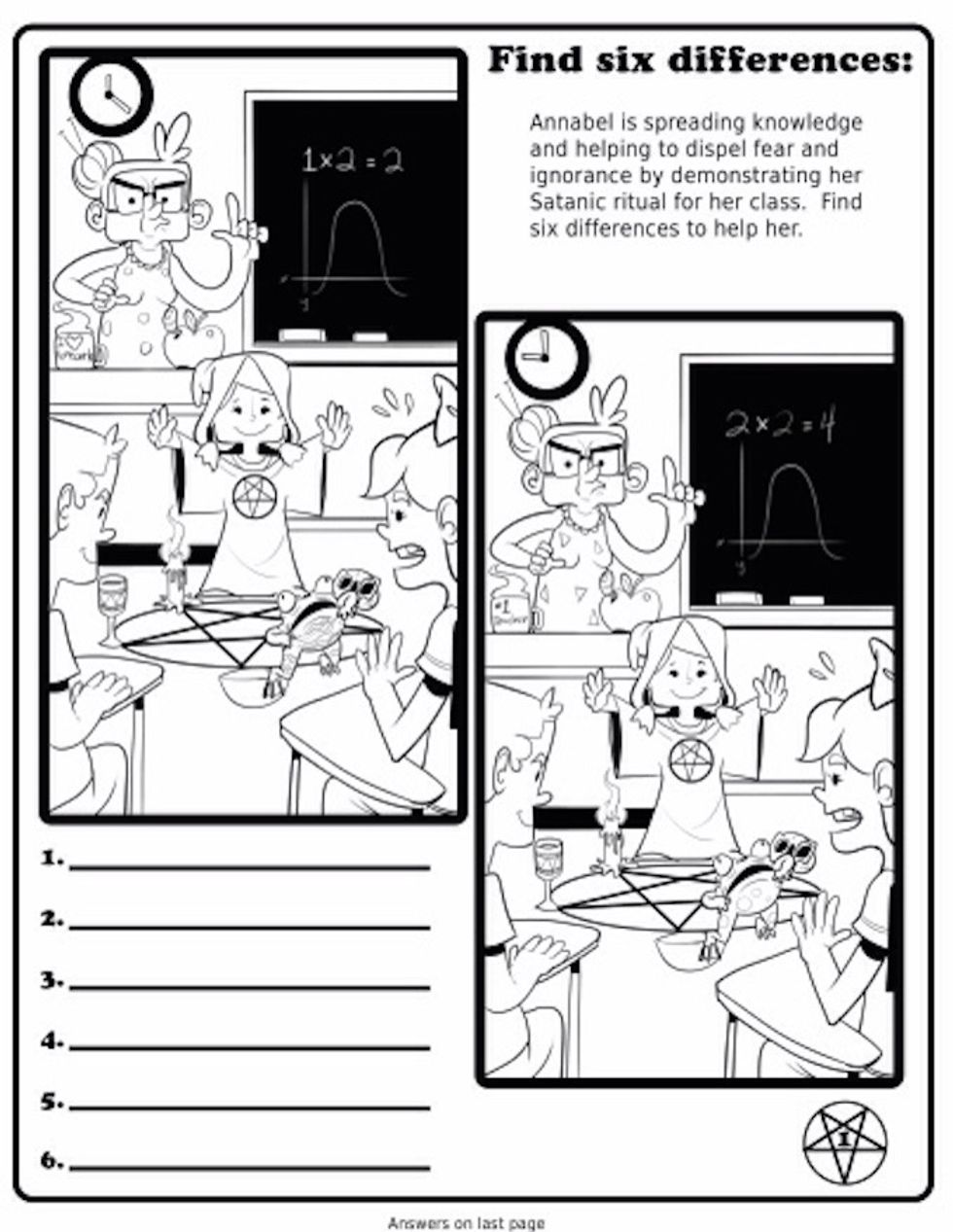 You might recall how the Orange County School District in Florida was forced to delay -- forever, apparently -- its annual "Religious Freedom Day" when local evangelicals distribute Bibles and other religious materials to schoolchildren, because the Satanic Temple planned to join the fun and distribute a coloring book about Satanism.

Since then, the Orange County School Board has thought long and hard about this whole question of inviting outside groups to hand out Bibles and religious tracts to children. They are still fine with that, but the courts have told them atheists and Satanists could hand out stuff, too, so they are now Very Concerned, and will consider a new policy Thursday to prohibit the distribution of all such materials.

The proposed policy would give priority to groups distributing materials that "fulfill a legitimate purpose of the Orange County Public Schools," and would prohibit both the Bible and the Satanic coloring books, except for very limited educational purposes:

Literature of a denominational, partisan, or sectarian nature shall not be distributed by school officials in any school. This restriction does not apply to the development or use of the Bible or other religious writings in classes for reference, literary, historical, and other non-religious purposes.

So, yes, you could still study the Bible in a history class, but the "World Changers of Florida" can't drop by to save kids' souls, as they had for several years. Nothing stopping you from taking care of that on your own time, of course.

Board member Linda Kobert seemed almost to get the point of the Satanic Temple's plan, which simply noted that if one sect gets to distribute its holy texts, you need to let everybody in on the fun. Kobert told a local TV station,

I'm a Christian too, I'm a person of faith, as are all the members of the board, but we are in the job of educating children ... That is a parent's responsibility -- to instill that faith in their children.

Of course, Kobert seems mostly concerned that the mean old Satanists found a loophole, in the form of the First Amendment:

"I think we've come to a place where we've may have been taken advantage of," she added. "We've been pretty lenient in the past in allowing the distribution to be passive on our campuses, but now it's come to a point where we have to make a decision."

The issue was raised in November, after a group wanted to hand out satanic materials to students.

Well, actually, it's mostly your job to educate the kids, which is where the whole program went off the rails to start with.