Florida Supreme Court To Consider Whether Buttsechs Is Sex: Your (Sexy!) Florida Roundup 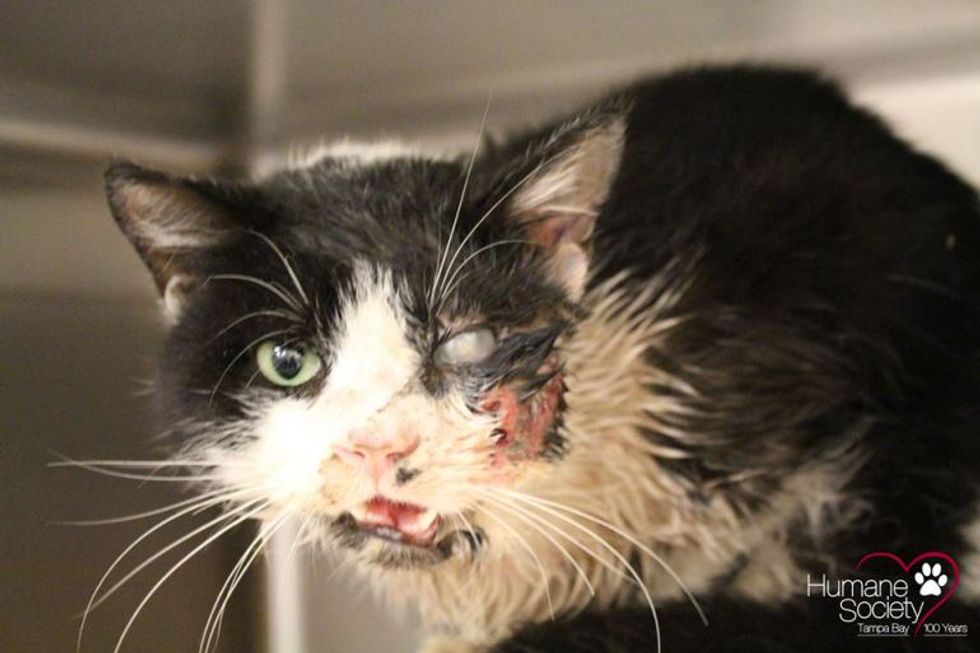 Greetings, Wonketeers, from the Sunshine State, where it’s presently 70 degrees and there’s nary a cloud in the sky — enjoy your digging out, New England — which almost makes up for us being America’s Yellow Skittle. Almost.

We’ll begin this week’s Wonkette Florida Week in Review with a headline that should strike fear into your heart (and loins): “Florida Supreme Court to decide the definition of sexual intercourse.”

Specifically — this is Florida — the case revolves around the questions of whether buttsecks counts as real sex, or whether the penis-in-vagina variety (preferably missionary position, lasting no longer than 3 minutes and 37 seconds, otherwise you are just doing it for fun and not for the Lord’s intended purpose) is the only legitimate intercourse.

The question stems from charges filed in 2011 against Gary Debaun under a law that requires HIV-infected people to inform potential sexual partners about the disease before having sexual intercourse. Debaun was accused of not providing the information to a male sexual partner.

But Debaun’s attorney persuaded a circuit judge to dismiss the charge, arguing that state law and courts have defined sexual intercourse as being between men and women — not between men.

“The Florida Legislature, and this court, have always identified [filtered word]-vaginal union as ‘sexual intercourse’ and distinguished it from all other sexual contact,” the brief said.

In this week’s edition of How Evil Is Rick Scott?™, we find our state’s chrome-domed comic-book ghoul of a governor still trying to dig himself out of the increasingly messy scandal surrounding his dismissal of the head of the state police agency, who then told anyone who would listen that he was fired because he wouldn’t play illegal political games on Scott’s behalf.

It’s not going well. Here we have his attorney general, the thrice-married homo-marriage-hater Pam Bondi, saying Rick Scott had no idea that he had fired Gerald Bailey.

“Did I know that Gerry Bailey was going to be told that he was fired and have packed up his entire life as a career law enforcement officer in a cardboard box and be told to be out of the office before the end of the day, absolutely not! Nor do I believe the governor knew it,” said Bondi. “I think the staff knew it.”

This reminds us of a time before Governor Skeletor got into polidicking,back when he was running the largest Medicare fraud in USAmerican history and blaming the whole thing on his underlings. Of course he knew nothing about what was going on, and was shocked — shocked! — to find gambling in this casino he’d built.

Bondi’s statements were odd, considering the very next day, Rick Scott said this:

“I believe in bringing in new talent, new energy. I did the same thing in business, that’s what you should do to constantly improve. I believed in change. My staff met with the staff of the other Cabinet members and let them know, and none of them objected. My staff met with Jerry Bailey. He was given the opportunity to step down. He stepped down.”

The governor then took a shot at Bailey, saying that the deposed FDLE head had waited weeks until he knew that his replacement, Rick Swearingen, had been selected by the Cabinet earlier this month, before speaking out. “Then he made his accusations. The accusations made against me are completely ridiculous and untrue. Those against my staff have all been addressed and rebutted online.”

In Florida, a place where rich-as-fuck combovers complain about airplanes having the audacity to fly a few thousand feet over their mansions, it may come as no surprise that the wealthy have it pretty good. In fact, as a new report from the Economic Policy Institute points out, the disparity between the 1 percent and the rest of you is greater in our phallic kingdom than in all but a handful of states.

A recent report said the Sunshine State makes its lowest wage earners pay much more of their income in taxes than its top earners.

The report from the Institute on Taxation and Economic Policy or ITEP said Florida’s bottom 20 percent of earners pay almost seven times more of their income in taxes than the top 1 percent.

Feast Your Eyes Upon This Adorable Florida Creature

Friends, meet Bart, mostly undead proof that Florida is a breeding ground not just to face-eatingzombie men, but also to ugly-ass living-dead cats who will probably eat your face, too, if given the chance. Because they’re cats, and even when cats are fully alive, they’re still little fuckheads.

No one could believe it: A cat that was hit by a car, believed to be dead and then buried, came back to life.

According to WTVT, the cat, who some are calling “Bart the Zombie Cat,” was pronounced dead by veterinarians. Bart’s family buried him in their backyard. Then, their neighbor was shocked when Bart showed up at his door.

The Week In Headlines

Police: Patron Relieved Himself Onto Waitress

Even in the freewheeling nightspots of Key West, Florida, a patron is not allowed to urinate onto a waitress from a bar balcony.

A Key West Police Department cop was flagged down at 2:20 AM by a Rick’s worker due to a man “who was urinating on a female staff member from the balcony above.” […] In his report, Officer Curtiss Richardson noted that, “In speaking with [suspect Orion] Jones, Jones expressed his desire to seek help for his alcohol problem.”

Millions of GMO insects could be released in Florida Keys

Millions of genetically modified mosquitoes could be released in the Florida Keys if British researchers win approval to use the bugs against two extremely painful viral diseases.

… the Associated Press writes, in the first sentence our our brand-new dystopian post-apocalyptic novel, due out sometime before George R.R. Martin finally releases Winds of Winter in 2022.

A Merritt Island man was charged with accidentally shooting and killing a 17-year-old while they were listening to music, a Brevard County Sheriff's spokesman said. Rodney Patrick Jr., 22, was in his home listening to music with Douglas Winslow Monday night when the shooting occurred, said Major Tod Goodyear, a sheriff's office spokesman. Patrick, acting out the lyrics of a song, picked up a firearm he thought was not loaded and pointed it at Winslow, Goodyear said. The firearm discharged, killing Winslow, Goodyear said.

Let’s play guess the song, shall we? I’ll go first.

A couple of bits of Beelzebub-related news this week, because Florida. We’ll begin with this peach of a Tea Party lady, a self-proclaimed Catholic Warrior who entered the Florida Capitol over the holidays, saw a satanic display — which the state had to allow because it of course allows all the Jesus displays — and decided that religion was inferior to her own, so destroying the Satanic Temple’s display wasn’t really a crime, duh.

A Tea Party “Catholic Warrior” in Florida plead not guilty on misdemeanor criminal mischief charges for tearing down a Satanic Temple holiday display because, she claims, her actions were not criminal. On Tuesday, December 23rd of last year, Susan Hemeryck entered the Florida State Capitol building, walked past the Nativity Scene and to the Satanic Temple’s holiday display, then told two Florida Department of Law Enforcement Capitol Police officers that she was “sorry, but I have to take this down.” Hemeryck, who was wearing a “Catholic Warrior” t-shirt at the time, then proceeded to tear down the Satanic Temple’s holiday display. […] In court yesterday, WCTV reports that her lawyer, Mike Bauer, told the judge that his client was pleading not guilty because “we are not sure there was crime.”

“I think this case represents the state basically putting an attack on Christians,” he added.

Yes, it was the Christians who are under attack. Clearly.

Just like it’s the poor Christians who are under attack in Orange County, land of Mickey Mouse, where all they want to do is distribute Bibles to young schoolchildren, but the meanie atheists protested about the church and state and started distributing their literature and then the satanists wanted to jump in on this whole religion thing and start distributing their coloring books (coloring books! Satanists are so cute!) and the school board decided that maybe this allowing religion thing wasn’t such a hot idea if they had to allow all of them.

And so now there is a new policy, which would ban all of it, and would disallow "materials of a denominational, sectarian, religious, political, or partisan nature.” You will be shocked to learn that the Christianists are going to sue, because they believe they should be able to decide what constitutes sincere religion. Seriously.

But Gannam, who is representing World Changers, said he thinks the district could keep its current policy and reject groups such as The Satanic Temple. "I don't think the School Board has to pretend they're a sincere religion."

That’s all for this week. Keep making Satan your motor, Florida, and hear your motor purr.