Florida Wingnuts Not About To Stand For Kiddie Books About 'Nice Muslims,' Hell No 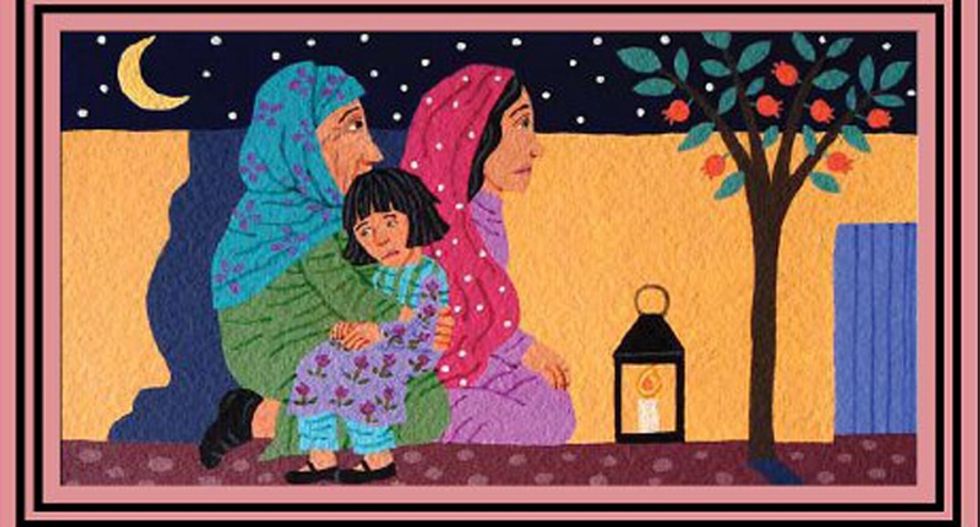 A group of Very Concerned Parents are petitioning the Duval County Public School District in Florida to remove two books from the third-grade reading list because they're simply too Muslimy for use in a public school. The books, Nasreen's Secret School and The Librarian of Basra, are both by Jeanette Winter, and are based on true stories from Afghanistan and Iraq, respectively. And while both books are about the value of literacy and the love of reading, some parents want them gone from the reading list and the library, thanks to an online campaign describing the books as Islamic propaganda and potentially too mature for young readers. Yeesh. And Banned Books Week isn't even until late September.

Happily, Superintendent Nikolai Vitti is no fan of censorship -- it's bad enough that 11 works have already been removed from library shelves, so he's not in the mood to further restrict the availability of books to children: “We are walking up a slippery slope when we start to decide what books we are going to ban from the curriculum,” he said.

Yr Dok Zoom checked out the books, and they're just lovely. The Librarian of Basra retells of the story of Alia Muhammad Baker, who ran the library in Basra, Iraq, and whose efforts to save tens of thousands of books from the building before the invasion of Iraq were the subject of a 2003 New York Times profile; Baker moved the books to her home and the homes and businesses of friends before the British occupation of the city (in the book, the nationality of the invaders is never identified). She managed to save about 70% of the library's collection before the building was destroyed in a fire. (Incidentally, her story is also told in a graphic history for somewhat older readers, Alia's Mission: Saving the Books of Iraq, by Mark Alan Stamaty, who used to do the comic strip "Washingtoon." That one isn't being protested in Florida, yet).

The other book, Nasreen's Secret School, was published in cooperation with the Global Fund For Children, which helped fund a group that ran underground schools for girls in Afghanistan during the 1996-2001 rule of the Taliban. It tells the story of a little girl who stops talking after her father and then her mother are disappeared by the Taliban, but who begins to come back to the world after her grandmother enrolls her in a school where girls are educated in defiance of the Taliban. There's a moment of scary when a Taliban fighter knocks on the door, but finds the girls reading the one thing the Taliban allow girls to read:

And what's so objectionable about these books? A Facebook post that helped spark the petition drive complained that the books are "promoting prayer to someone other than God." For what it's worth, while there is a single line in Nasreen's Secret School in which the Grandmother says, "Please, Allah, open her eyes to the world," and another horrifyingly propagandistic "The soldiers can never close the windows that have opened for my granddaughter, Insha'Allah" at the very end, there isn't even a bit of praying in The Librarian of Basra -- only a mention of a rare book that Alia saves, a 700-year-old biography of Muhammad. But no praying.

Other parents grumbled that the books portray the military badly -- well, yes, the Taliban military, but presumably that's not a bunch we want to portray positively? The "enemy" in The Librarian of Basra is never even seen, just planes in the sky.

Absurdly, one grandparent, Dianne Haines Roberts, complained that the books "present a double-standard in the school system":

“I’m a Christian ... and in public school, we’re not allowed to have any references to God, Jesus or passages about creation,” she said. “I just think what’s good for one group, should be good for all.”

Superintendent Vitti pointed out that, just maybe, Ms. Roberts was a tad bit misinformed, explaining to the Florida Times-Union that "references to Christianity are, in fact, part of the district's curriculum." He continued:

In the lessons outlined by the district’s newly adopted Engage New York curriculum, a list of learning benchmarks for students include the ability to explain the origins of the Ten Commandments and identify that Christians believe Jesus to be the Messiah and the son of God.

“No one has ever said you can’t, nor will anyone ever be reprimanded for saying the word ‘Jesus’ or saying ‘Christianity’ or talking about the Resurrection as long as it’s talked about on a factual basis,” Vitti said.

He also pointed out that if parents have a problem with any assigned book, they can ask that their child be assigned an alternative. And maybe he should have pointed out that while no one will catch Creeping Sharia from these books, they might get an appreciation for the love of books and knowledge, which is pretty dangerous too.

So the good news is that the angry Christian parents aren't likely to succeed. The sad thing, of course, is that they don't at all recognize the irony, a year after Malala Yousafzay was a co-recipient of the Nobel Peace Prize for her determination to ensure girls' education, of trying to censor books about the restriction of knowledge.