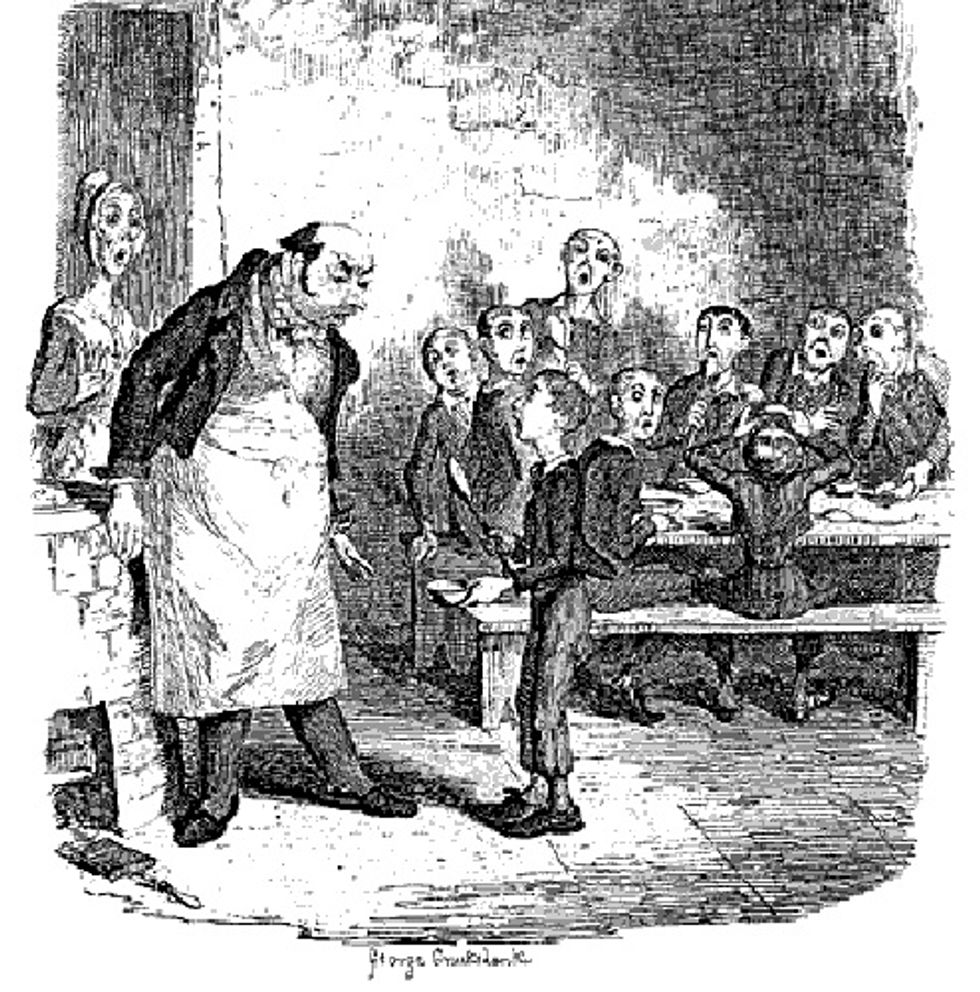 Aww, Twitchy: It's so nice to know that you guys care! Under the headline"Looming government shutdown elicits concern among food stamp recipients" yesterday, the rightwing twitter aggregator noted that according to a USA Today explainer on the shutdown:

the Supplemental Nutrition Assistance Program (SNAP) has enough money to last one more year. That means the food stamp spigot will keep flowing for a long time regardless of what happens in Washington DC tonight.

This, of course, was an excuse to present a number of tweets from greedy food stamp recipients who "have not gotten the message:"

And of course, Twitchy also takes the opportunity to deride tweeters who "seem rather indignant about the prospect of an interruption in the government’s taxpayer-funded largesse" and to highlight the single tweet they found from "those who intend to buy food stamps on the black market:"

And they follow up with their own scientifically-derived conclusion:

He needn’t worry. Illegal commerce in food stamps is one of the few sectors of the U.S. economy that is quite strong … and it is likely to remain so for the foreseeable future.

Of course, that link goes to a collection of 13 tweets from people talking about buying or selling food stamps, which of course proves that there's a massive problem with fraud. It's a nice demonstration of confirmation bias -- this fact fits with their mindset, so SNAP is full of cheaters. Never mind that the Atlantic reports

“Payment error” rates -- money sent in incorrect amounts and/or to the wrong people -- have declined from near 10 percent a decade ago to 3 to 4 percent today, most of it due, again, to government error, not active fraud. The majority of food-stamp fraud appears to be generated by supermarkets “trafficking” in the food stamps. Beneficiaries intentionally ripping off the taxpayers account for perhaps 1 percent of payments.

Still, look at all these leeches worried about feeding their families food stamps when our children can't see the PandaCam!