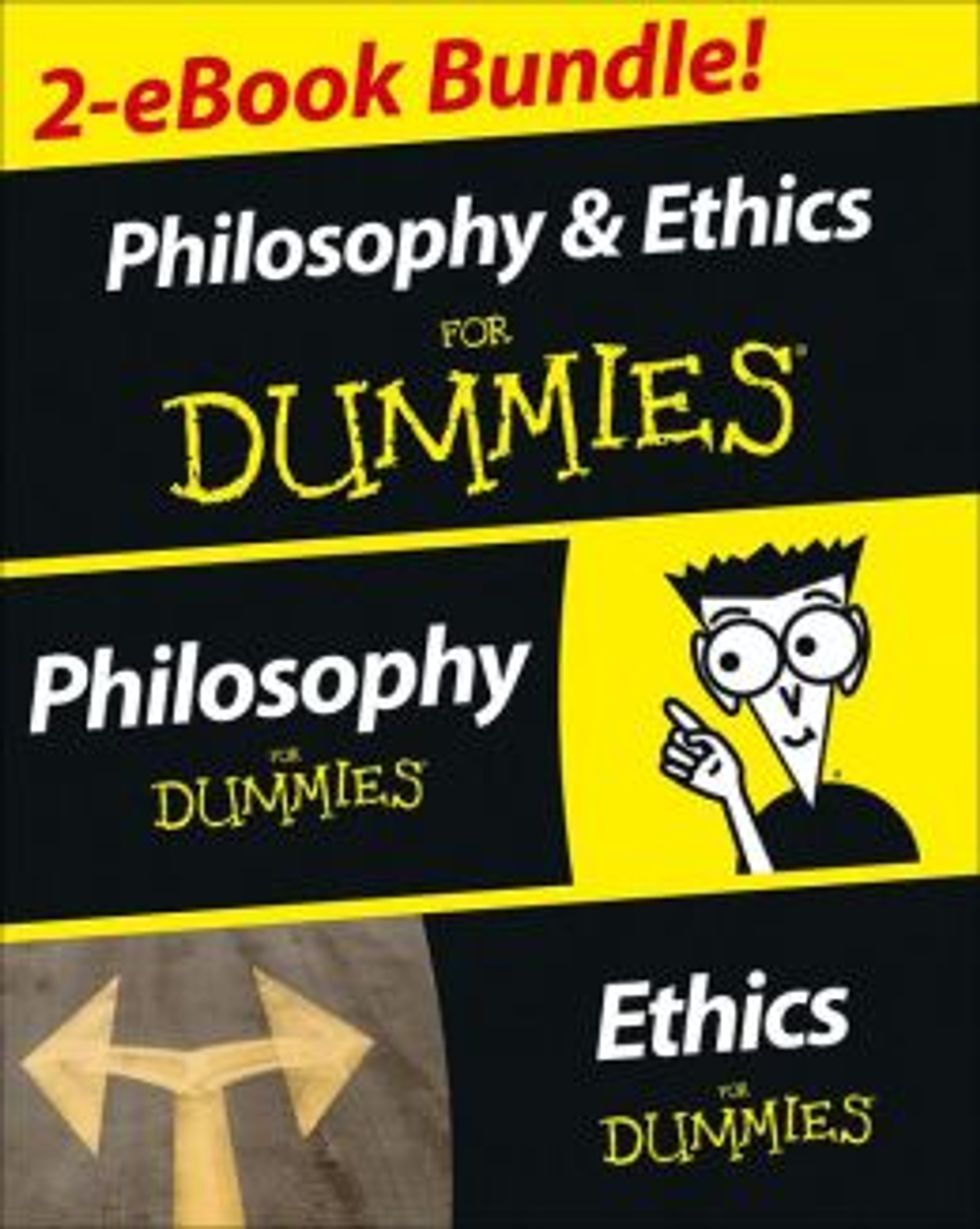 Tuesday of this week marked the second anniversary of that little thing in New York where all those dirty kids squatted on Wall Street to whine and complain about being poor because they are part of, like, 99% of the country, and unlike the 1% who own 40% of all the money. They seemed to think this was wrong or something and someone should be giving back. But fear not, useless rest of you, Forbes contributor Harry Binswanger has some important knowledge to drop on all your poor masses. You were right! Someone should be giving back! And it is you!

It is “the community” that should give back to the wealth-creators. It turns out that the 99% get far more benefit from the 1% than vice-versa. Ayn Rand developed the idea of “the pyramid of ability,” which John Galt sets forth in Atlas Shrugged.

Then Harry Binswanger goes on to quote this giant thing from the aforementioned Libertarian bible by that nice lady who died on Social Security and Medicaid, to nicely explain to all you losers, that you are where you are because you are not smart enough to have already invented a thing and built a factory. Because no one was ever just born rich, just smarter than you. And stop all this complaining already because you are not being exploited, you are lucky that someone else invented a thing and built a factory or else you would starve to death. As you should. So stop being pissed about whoever owns the place, you can't even stimulate their brain at all, which is really what they deserve for being so awesome. But all they get are millions and billions, which is just not enough. Without them you wouldn't even have that great job as a janitor with all the benefits -- but not insurance, don't be stupid -- of having a boss with so much brains.

It’s not the Henry Fords and Steve Jobs who exploit people. It’s the Al Capones and Bernie Madoffs. Voluntary trade, without force or fraud, is the exchange of value for value, to mutual benefit.

Yeah, Chinese apple factory workers, you are not exploited people, this is all about mutual benefit. And nobody who ever worked in a car factory has been exploited either. That's why labor unions are so dumb. And just because cars like the Ford Pinto, and people like fraudster Bernie Madoff or master of force Al Capone exist in the world, doesn't mean we should have laws and regulations to protect your dumb asses.

And another thing, you know what else rich people deserve? To pay no taxes at all, and a medal. Harry Binswanger's "modest proposal":

Anyone who earns a million dollars or more should be exempt from all income taxes. Yes, it’s too little. And the real issue is not financial, but moral. So to augment the tax-exemption, in an annual public ceremony, the year’s top earner should be awarded the Congressional Medal of Honor.

The millionaires have done enough already by making a million dollars, they should not have to pay taxes too! Honor these motherfuckers already!

Imagine the effect on our culture, particularly on the young, if the kind of fame and adulation bathing Lady Gaga attached to the more notable achievements of say, Warren Buffett. Or if the moral praise showered on Mother Teresa went to someone like Lloyd Blankfein, who, in guiding Goldman Sachs toward billions in profits, has done infinitely more for mankind.

Oh hells yes. The only thing that is worth doing is making billions, little children. And who cares that Warren Buffet thinks his taxes should be higher? And seriously, fuck Mother Theresa and her poors. Lloyd Blankfein has made-lost-made billions for you people (some of it your tax money!). Not made-lost-made billions for you to have, but to appreciate. And everyone knows CEOs are the smartest, hardest working people at every company and always do the right thing and are worthy of so much more.

But no America, you make Harry Binswanger sad. You are mean to Goldman Sachs and call them names and do not appreciate that they have only ever been successful and never screwed up like you do.

Instead, we live in a culture where Goldman Sachs is smeared as “a great vampire squid wrapped around the face of humanity.” [you are mean uncredited name caller MATT TAIBBI!!] That’s for the sin of successful investing, channeling savings to their most productive uses, instead of wasting them on government boondoggles like Solyndra and bridges to nowhere.

Successful investing, you hear? Just because a company's pyramid-scheme-with-pretend-money investment style is one of the biggest driving forces in a Great Depression or two doesn't mean that it's a sin like every single government program ever.

So think about it, all you 99 percenting brainless wonders out there just soaking up that 1.1% of the wealth you have gained since 1993 while the 1% has just only gotten 86.1%. What else can you be doing for the rich? It's a modest proposal. Next they should get to eat your children.