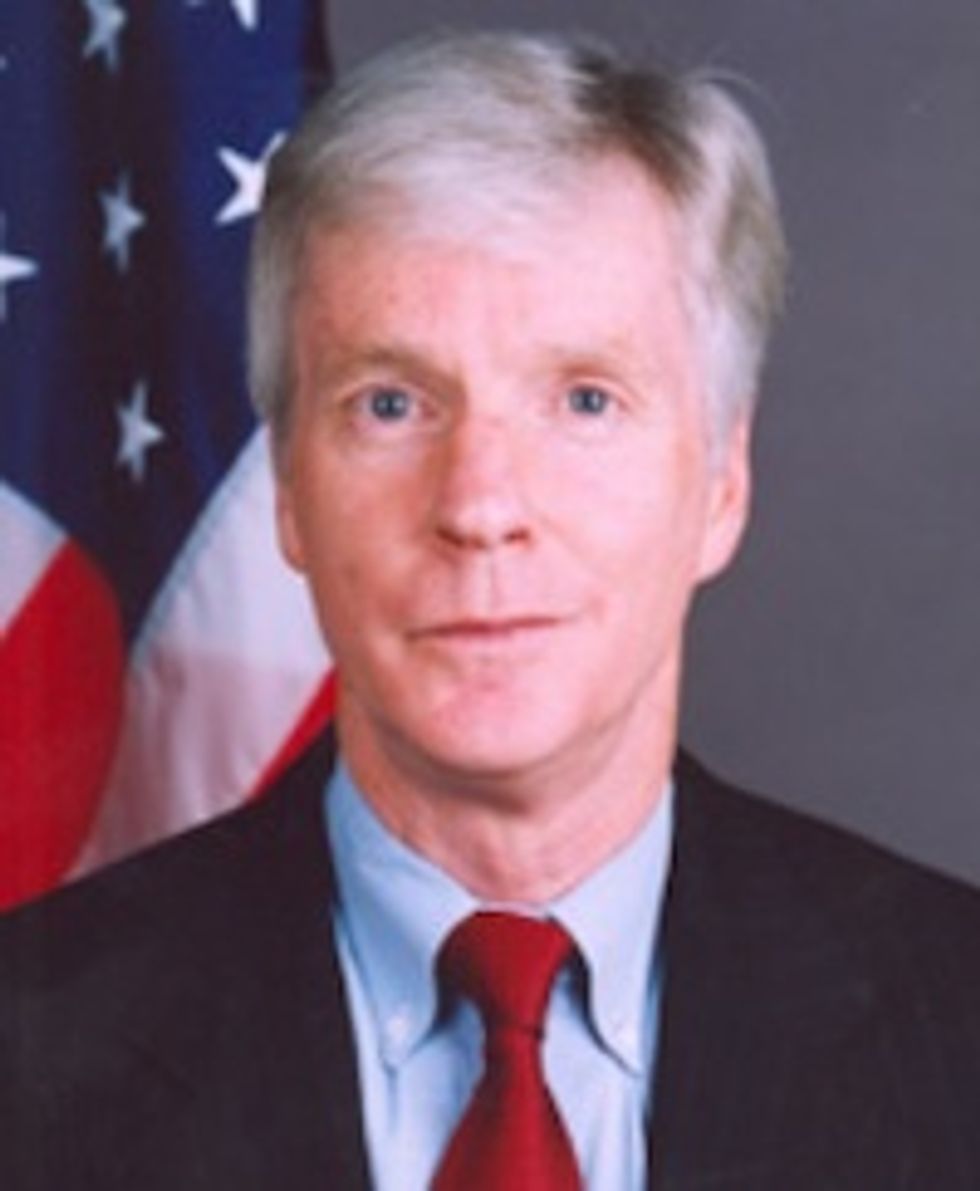 They say that astronauts become alcoholics after returning from space, because they were in space, which was better. This is perfectly analogous to the situation of former U.S. Ambassador Ryan Crocker -- the man who SAVED IRAQ along with Gen. Petraeus and then... [somethinged] Afghanistan with Gen. Petraeus -- who returned from seeing constant murder everywhere in the Middle East andnow just drives his car into other cars while drunk and then speeds away. (Allegedly.) Fortunately no one was hurt, but Crocker was hella arrested and will now die in jail, maybe. (He won't).

First Fox News reveals the name of a war hero, and now the so-called "police of Washington state" arrest a decorated State Department diplo-talky servant for a lil' drunken nick of another car. Must all of our war people suffer such indignation?

SPOKANE, Wash. -Ambassador Ryan Crocker, one of the most decorated State Department diplomats in the last half century, was arrested on August 14 by the Washington State Patrol for hit-and-run and DUI in Spokane Valley.

A Spokane native, Crocker, 63, was arrested at the intersection of Sprague Ave. and Pines Road at 2:05 p.m. on August 14 by a WSP trooper. According to the State Patrol, Crocker was in the left turn lane on Pines turning onto Stprague when he tried to turn right from the left turn lane, crossing two lanes of traffic and clipped a semi, damaging the passenger side of the 2009 Ford Mustang he was driving.

Oh whatever, he was probably right around the legal limit, which means nothing.

Crocker was pulled over, received a field sobriety test from a WSP trooper and had a .16 BAC on one test, which is twice the legal limit in Washington State. Another test indicated a .152 BAC.

Okay, he was drunk as shit.