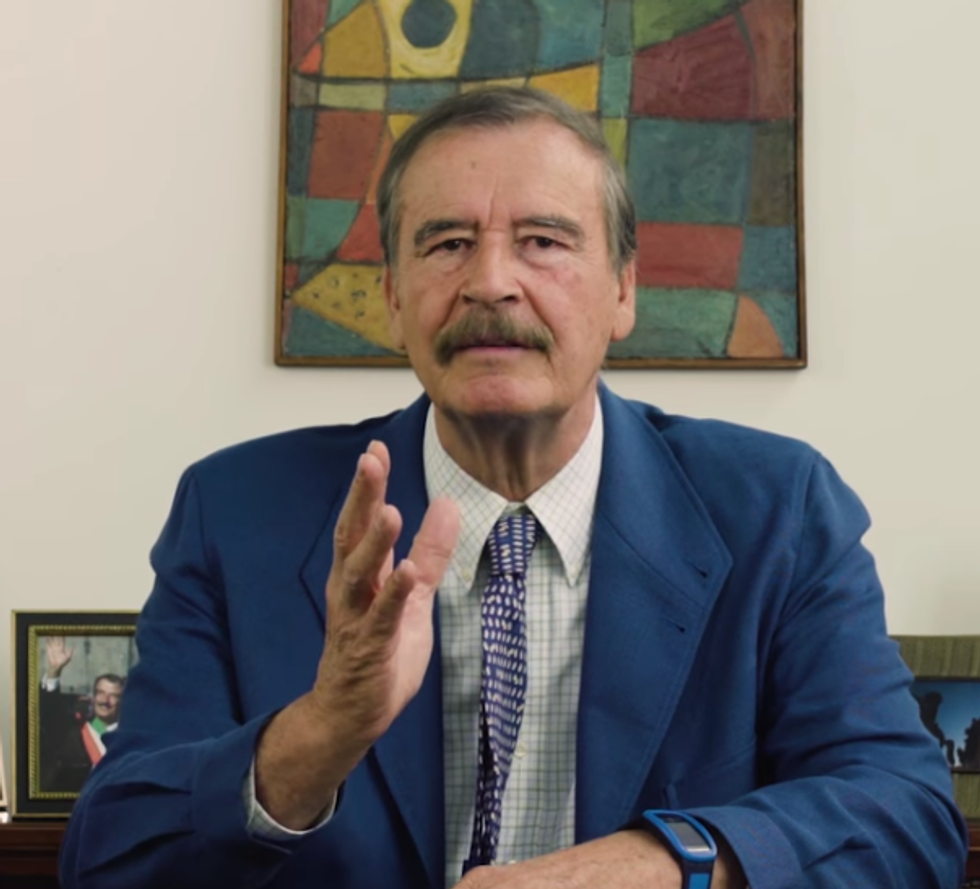 he trollin he hatin

Today, May 24, 2017, we have been LOL-ing about Donald Trump's big fun meeting with Pope Nice-Nice, who literally hates Trump so much you could see the hatred oozing through his pope skin and making a pope mess on the fancy pope floor.

Also, the pope joked about how Donald Trump is fat. He is only human, after all.

But it's comforting, in our time of national darkness, to remember that LOTS of sane world leaders, both current and former, hate Trump very much too, just like all patriotic Americans do. On that note, we have a hilarious funtimes video from former Mexico president Vicente Fox, who fucking LOVES to troll Trump. It is like his job, and also his hobby. He is the president of trolling Trump, and also a client. Half of his tweets are Spanish words, and the other half are trolling Trump. For instance:

That is just from this month, and we barely scratched the surface. He's been doing this forever.

And because the universe and God and Jesus and Pope Nice-Nice all love us very much, Vicente Fox has dropped this new video on us, made by comedian Vic Berger, for us to laugh at.

We do not want to SPOILER ALERT it for you, so we will give away a joke or two, and then let you enjoy the rest. It is about President Thin-Skin's crybaby obsession with his tiny inauguration crowd:

This is you in the most solemn moment of your life, thinking about how big your crowd was, worrying that the last guy had a bigger one than you.

Donald? His is much bigger.

Vicente Fox then says he has a very important, serious message for Trump, and in order to deliver that message he taunts Trump with a piece of delicious chocolate cake, so that the "bees living in your brain" may be able to focus. And it really is a good, nice message! Fox talks about the true responsibility of being president of a whole nation, and then tells Trump that if he keeps sucking, "your tenants will take your name off your buildings" and "your children will take YOUR NAME off YOUR GRANDCHILDREN." YA BURNT AGAIN!

Aside from the constant dunking and LOLs, the video is actually kind of sweet, because Vicente Fox really does seem to want to help.

Now you may have an open thread, because WE (not you) earned it.