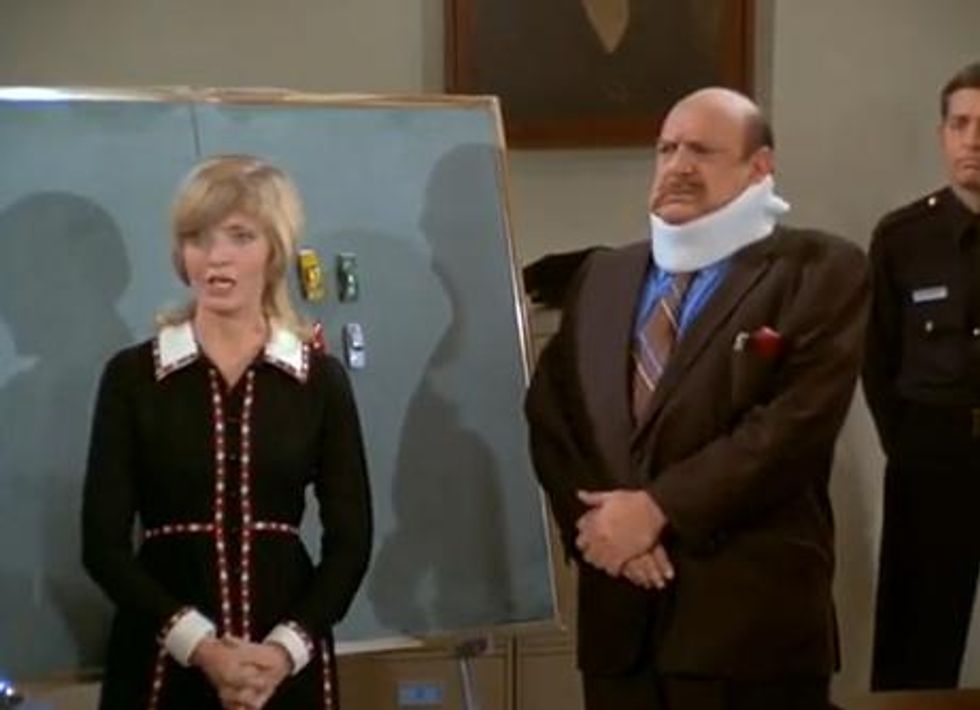 Over 100 former New York City employees, mostly police,have been charged in a huge scheme to collect undeserved disability benefits, many of them claiming they were suffering from psychological effects of the 9/11 attacks. Manhattan District Attorney Cyrus R. Vance Jr. said "The brazenness is shocking."

Four ringleaders coached the former workers on how to feign depression and other mental health problems that allowed them to get payouts as high as $500,000 over decades, Vance said. The ringleaders made tens of thousands of dollars in secret kickbacks, he said.

Isn't it reassuring to know that no matter how noble an effort to help people might be, there will always be jerkwads who rush in to swipe stuff that should be going to people who really need it?

Needless to say, defense attorneys for the four people charged with leading the scam insist that they are as pure as a Polar Vortex, and that their clients were just doing their legitimate job of helping people get benefits. One pointed out that many of those charged were already receiving disability pensions from New York City. That's not such a great defense, say prosecutors, who note that the qualification standard for Social Security benefits is higher -- "complete inability to work."

There are some dandy examples of the advisors coaching people on how to exaggerate or fake disabilities. One applicant was told to deliberately make spelling and math errors on their application, while others, who claimed to have been traumatized by responding to the attacks on the World Trade Centers, "were instructed to say that they were afraid of planes or they were afraid of tall buildings," according to Assistant District Attorney Christopher Santora.

Over 26 years, the workers arrested collected about $22 million in bogus benefits, authorities said, and more arrests could follow. Prosecutors estimate hundreds more people and as much as $400 million may be involved.

And in a bit of paperwork detective work of the sort that bureaucrats seldom get enough credit for, it turns out that the scheme was first discovered by investigators in the Social Security Administration, who noticed about five years ago that a whole bunch of similar-looking disability applications came in all at once, and that despite several applicants' claims of severe psychiatric disorders, they nonetheless still had gun permits. Somehow, we suspect that the NRA will find a way to twist that detail into an argument that registering guns always leads to invasions of privacy and gun confiscation.

As far as we can tell, it appears that the fraud here was all within the regular Social Security disability program, not in the special funds that were designated for 9/11 first responders (and which Republicans fought to limit whenever possible). But who knows? In any case, we're sure that the congressional response to this will be to praise and beef up the regulatory and investigatory arms of benefits agencies to encourage their excellent work in rooting out fraud. Heaven knows it would be completely nuts if somebody used this as an excuse to call for killing Obamacare or cutting disability benefits to people who legitimately qualify for them. That's just unthinkable.