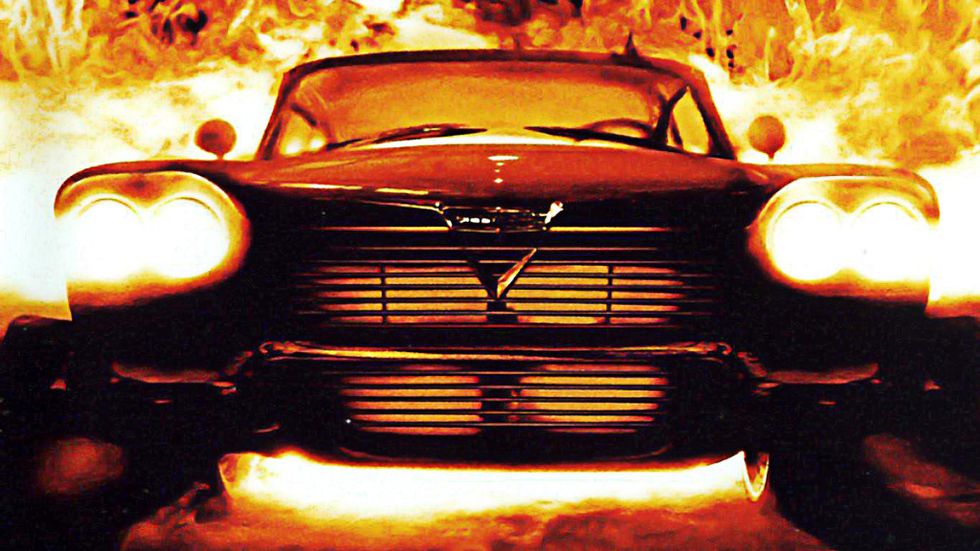 Yr Wonkette is not much of a conspiracy theorist, mostly because we take too dim a view of people to believe they are capable of pulling off many of the Machiavellian schemes attributed to them. But we do like Richard Clarke, who was smart enough back in 2001 to understand he was surrounded in the Bush administration by a group of morons who should not have been in charge of so much as a Dunkin’ Donuts off the Fredericksburg exit on I-95. So when he speaks, we feel he has earned a listen:

According to a prominent security analyst, technology exists that could've allowed someone to hack his car. Former U.S. National Coordinator for Security, Infrastructure Protection, and Counter-terrorism Richard Clarke told The Huffington Post that what is known about the single-vehicle crash is "consistent with a car cyber attack."

Clarke said, "There is reason to believe that intelligence agencies for major powers" -- including the United States -- know how to remotely seize control of a car.

Oh sure. Hey, maybe it was an evil spirit! We understand cars have lots of onboard computer systems, but is hacking them really possible? Let’s outsource the question to Salon, because we are lazy:

Taken together, the papers make for scary reading. In the first the researchers demonstrate that it is a relatively trivial exercise to access the computer systems of a modern car and take control away from the driver. The second demonstrates that such mayhem can be achieved remotely, via a variety of methods. The inescapable conclusion: The modern car is a security disaster.

Yowza. We thought humanity had learned its lesson about messing with this sort of stuff!

Your Wonkette has driven the narrow stretch of road in L.A. (about a mile north on Highland from Editrix's old digs) where Hastings died hundreds of times, and we can attest that if you are barreling along at 100 M.P.H. as Hastings allegedly was, it would not take much more than a flick of the wrist or a slight muscle spasm to steer your car into one of the giant palm trees that sit on the median. Throw in the fact that it was 4:30 in the morning when the street would have been deserted and the temptation to drive that recklessly in your powerful new Mercedes C250 would have been enormous, and maybe you get distracted for a split-second trying to find a song you like on your iPod, or you have been drinking, or you fall asleep because 4:30 in the morning, and next thing you know you are playing fetch with all the good dogs in heaven. Which of course is what makes it the perfect set of circumstances for some super-secret evil mastermind to seize control of your car and send you off to meet Allah, melting all the computers in your car in the process so maybe no one can reconstruct what happened in the last few moments before the crash, so everyone forever thinks it was a tragic accident. Or so the Germans would have us believe!

Again though: despite the possibility, we find it hard to believe Michael Hastings was murdered, in Los Angeles, via Atari joystick.