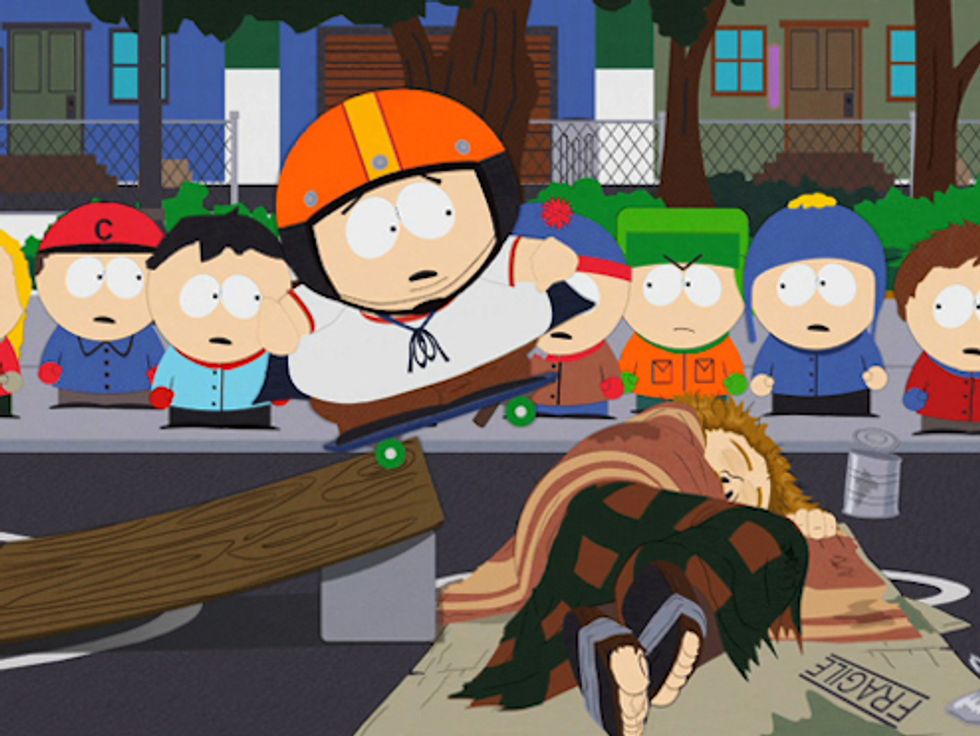 So what should you do if your town has a homelessness problem? Should you (a) increase city spending on things like affordable housing; (b) form some public-private partnerships to increase job possibilities; or (c) pass a law barring the homeless from leaving their filthy homeless possessions around anywhere? Oh fuck yes of course it is (c) for Fort Lauderdale, which is pretty certain that if you just take away the meagre possessions that homeless people have you can simultaneously strip them of the tiny amount of dignity they have left AND they homeless will just magically disappear and their city will be real pretty-like once again.

[T]he city of Ft. Lauderdale, Florida is on the cusp of passing a new regulation that would make it illegal for anyone to store their personal things on public property. Specifically, it would empower police to confiscate any personal possessions stored on public property, provided they have given the homeless person 24-hours notice. If the homeless people wish to retrieve their items, they must pay the city “reasonable charges for storage and removal of the items,” though that fee is waived if the person is able to demonstrate he or she cannot afford to pay.

We're sure that process of getting your stuff back by proving you can't afford to pay for storage for your stuff BECAUSE YOU ARE FUCKING HOMELESS will be a really smooth, easy to navigate sort of thing. Here's a thought: people with stable home situations generally do not enjoy storing their stuff somewhere random for the day, or having it hang out beside them on a sidewalk all night, because THEY HAVE HOMES TO PUT THEIR STUFF IN.

Also, too, the fact that the city is actually on record as saying that they're doing this because the city has an "interest in aesthetics" is so appalling it makes our teeth hurt. Usually cities try to be a wee bit more circumspect when kicking the poor in the balls, but not Fort Lauderdale! And hey, don't stop now, Fort Lauderdale. Kick that asshole behavior up a notch!

The not allowing people to set up sites to feed the homeless is the nicest touch of all, really. Man, Fort Lauderdale is going to be so fresh so clean after passing all these laws that will magically whisk the homeless people off to a magical land full of ponies and honey. And hey, if the ordinances don't work, they could always bring in that sleazebag Democrat Hawaii state representative Tom Brower, who just stone cold smashes homeless people's belongings, because this is also a super-effective and long-term way to deal with the problem of homelessness. Congrats on reaching new depths of suck, Fort Lauderdale.