Founders Rise From The Dead To Discuss Our Failure, At CPAC 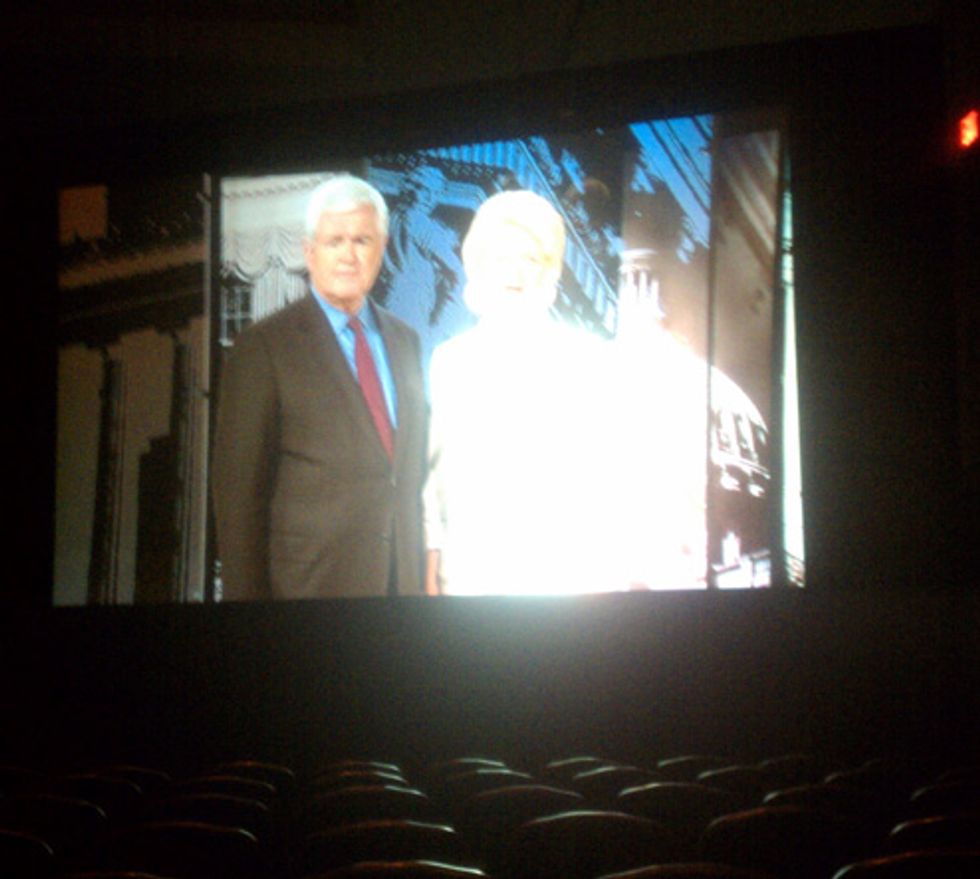 Did your Wonkette visit this thing, at CPAC, called "Founder Roundtable: Where Did We Go Wrong?" featuring Thomas Jefferson, James Madison, Benjamin Franklin, Alexander Hamilton, "Tom" Paine, and Patrick Henry? UMM MAYBE. Look at them all there, behind their old-timey projector. When we left, the debate was still about whether the Constitution was one big old dumb mistake. "It was the human beings that destroyed it," some Founder said. And that's what he said to defend the Constitution! What a shitty country.

Speaking of Newt, he is going to light his farts on fire onstage at 4:10 sharp, so turn on the teevee and keep an old sock nearby.