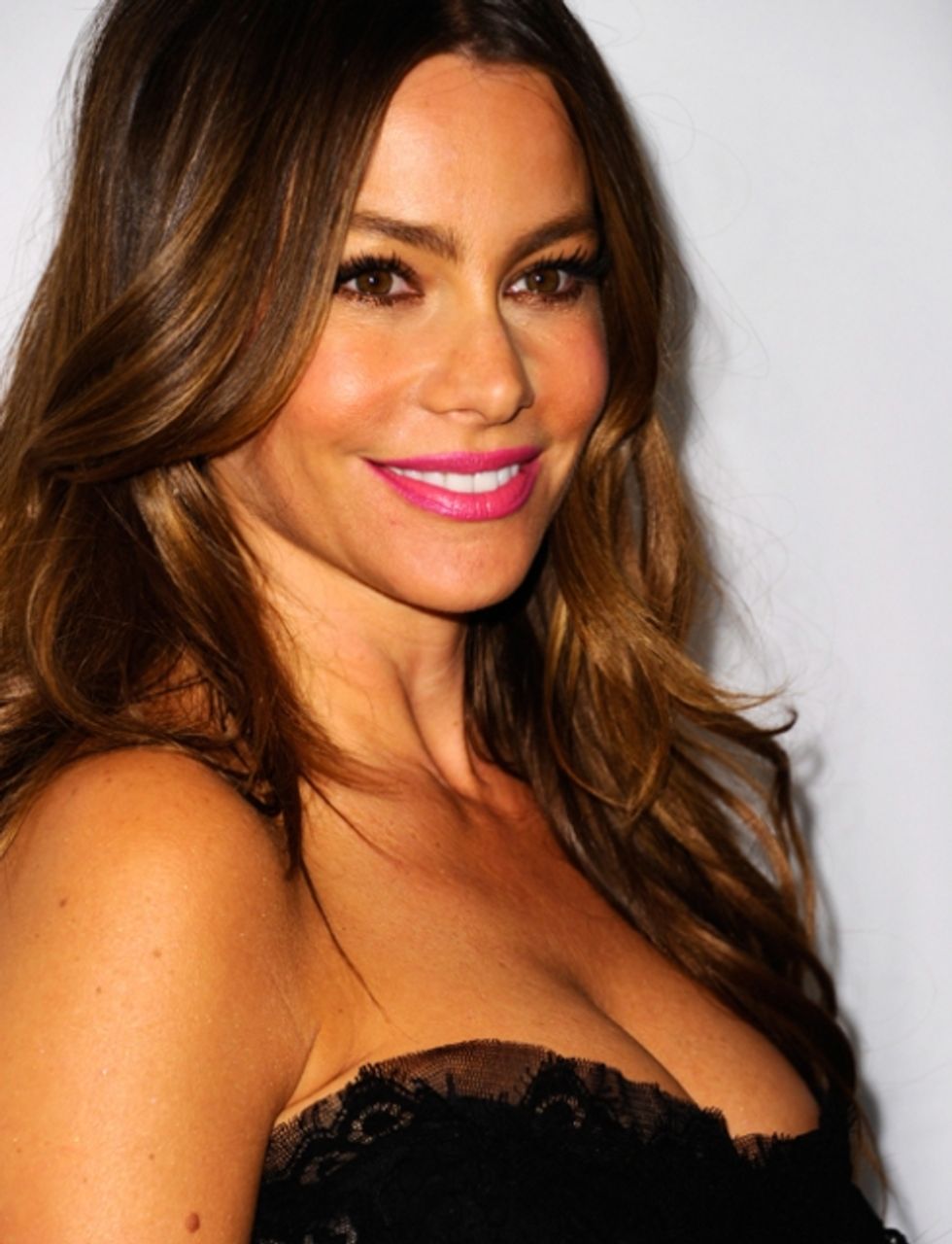 We have nothing against Sofia Vergara. She is quite fetching! She is very funny, without being fat, ugly, or Jewish,fuck you Christopher Hitchens! But we feel like maybe she is not the first person you would think of to be president of the United States, despite this Washington Examiner story, reproduced here in total:

At 14, Rico Rodriguez isn't even old enough to vote, but he knows exactly which of his "Modern Family" castmates he'd like to see enter the political fray. "It would be awesome to have Sofia [Vergara] in office," Rodriguez told Yeas & Nays when he was in town last week for the National Tree Lighting. "And then I could visit her all the time in the White House and I could probably have my own room in the White House," the young actor, who plays Manny, continued. He also knew what a big deal it would be. "That first latin woman -- who's a girl," he pointed out. "So, you know, my week off, I'm just going to go hang with Sofia in the White House, no biggie," he concluded.

Rico Rodriguez, you are a fucking idiot.

Sofia Vergara was born in Colombia. That is even more foreign than Hawaii, believe it or not! Rodriguez, go take a civics class please. You are in high school presumably. Or else tell your on-set tutor to teach you something so you don't go embarrassing yourself by saying stupid shit to the Washington Examiner.

What was reporter Nikki Schwab's reaction to our pointing out, via the Twit, how weird it is that a 14-year-old actor does not even know the constitutional requirements for the presidency?

Everybody go kill yourself now.