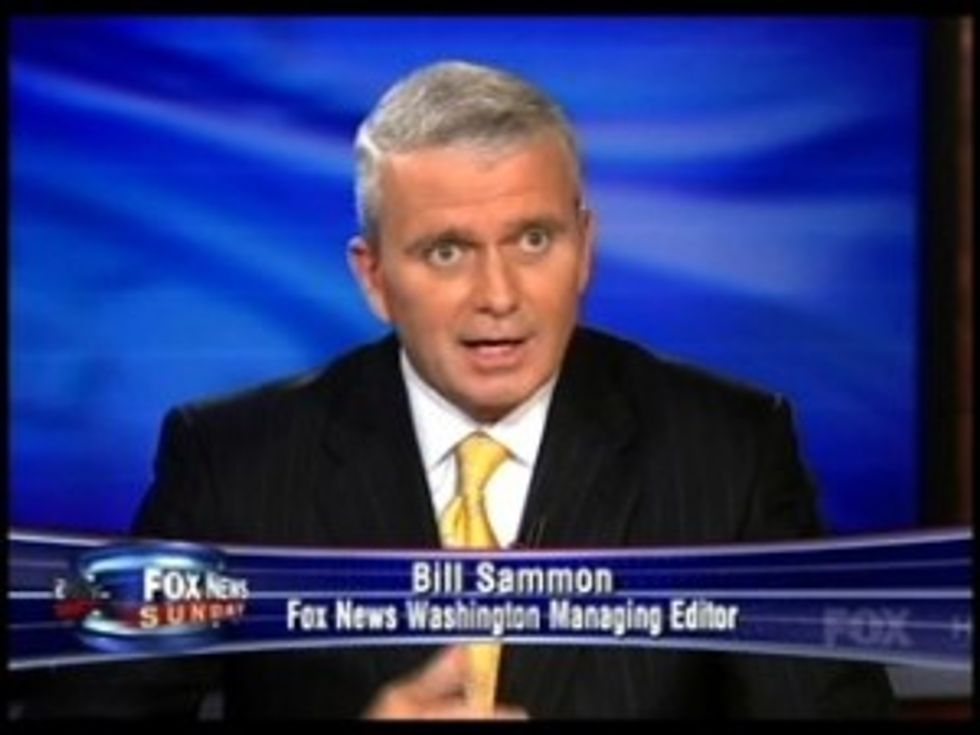 Media Matters apparently does not get bored sitting around all day finding evidence of Fox News slanting their coverage, even though that story has been pretty much cracked by now. Still, this is somewhat new? They haveaudio of Fox managing editor Bill Sammon, on a cruise ship, of course, talking about the leading journalism teevee channel's groundbreaking, round-the-clock coverage of Barack Obama's nonexistent socialism, revealing a bit too much. "At that time, I have to admit, that I went on TV on Fox News and publicly engaged in what I guess was some rather mischievous speculation about whether Barack Obama really advocated socialism, a premise that privately I found rather far-fetched," he said. Yeah, but don't we all have to constantly breach our ethics in our job? Isn't that what it means to work in America? This Simmons guy should just shut up and make himself believe the things that aren't true. It makes things easier.

"CRUISE SHIP CONFESSION." Lolz. What can you say? Media Matters people are also just putting in the effort to do what they're supposed to do to get paid. Capitalism! Work! The copier needs toner!

Here's a little taste of what Simmons had to do for his job (his job was lying to half the country):

On October 21, 2008, Sammon appeared on Greta Van Susteren's show, where he referred to Bill Ayers "talking about being a Marxist." Sammon then said, "I have read Barack Obama's books pretty carefully, and he in his own words talks about being drawn to Marxists. ... Now all this stuff's coming out about whether he's a socialist. I don't know why anyone is surprised by it, because if you read his own words and his sort of, you know, orientation coming up as a liberal through college and as a young man, it's not a huge shock."

REALLY PHONING IT IN. C'mon, Sammon, look lively! It's almost like you lost your soul or something. [Media Matters]