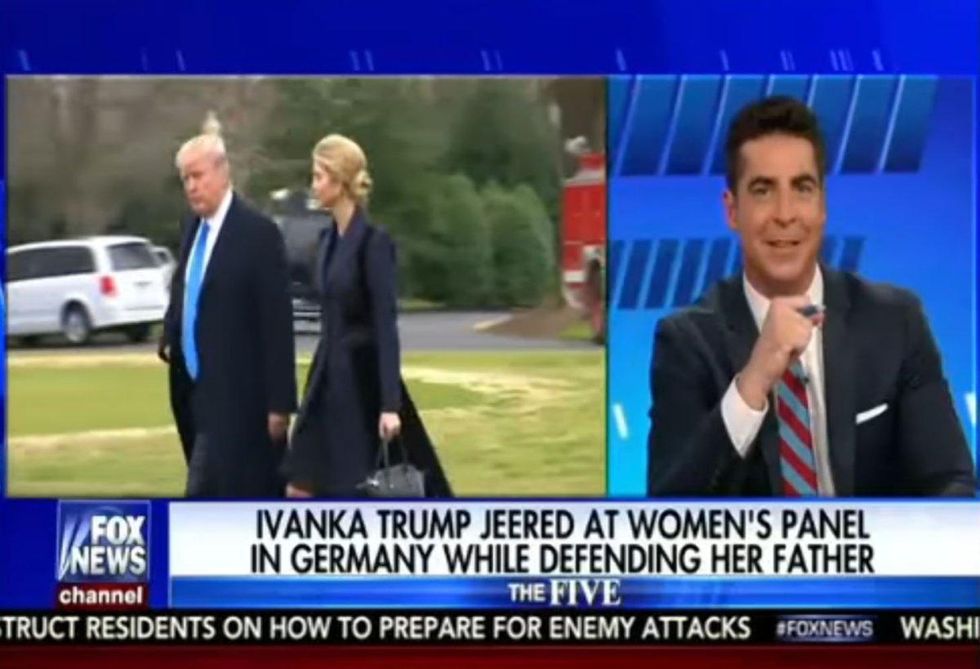 WATCH: Jesse Watters on Fox News re Ivanka Trump: "I really like how she was speaking into that microphone" pic.twitter.com/HoJHLpMtq1