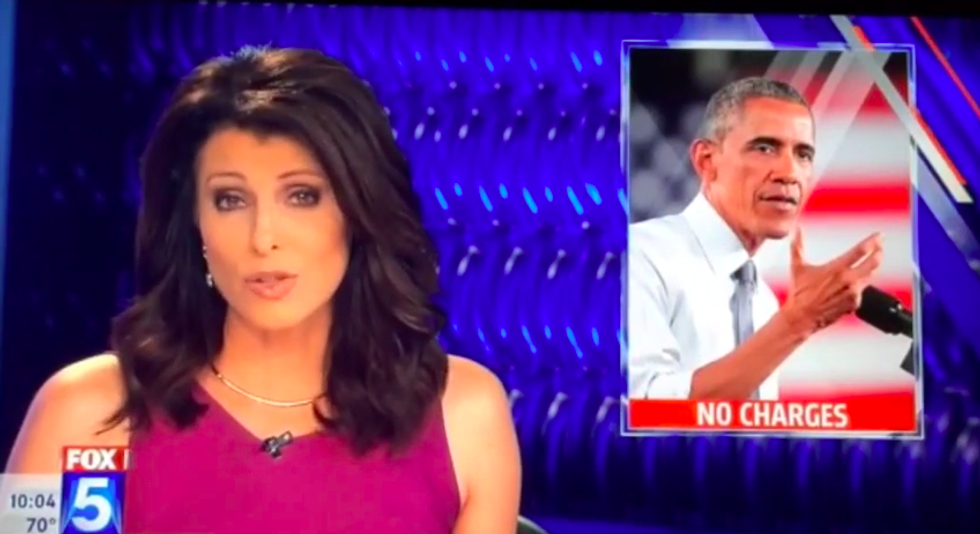 It's been a hell of a week for the Journamalism Department of Corrections, and it's only Monday. First, we learned that contrary to a letter to the editor of the Lexington Dispatch, Barack Obama is not the antichrist, and now it turns out that he is also not a rape suspect who is lucky enough to avoid being charged for alleged involvement in a sexual assault at San Diego State University.

As the Times of San Diego reported:

At 10:04 p.m. Friday the 13th, viewers heard anchor Kathleen Bade say: “The only suspect in a sex assault at SDSU will not be charged.” At the same time, a picture of Obama appeared with the legend “NO CHARGES.”

Mike Wille, an assignment editor, noticed the "accident" immediately, but didn't feel the need to issue a correction or apology because, "They really don’t do that when it’s a small thing like that." He also said the station received no calls about it, so, like, what's the big fucking deal, yo? Apparently, portraying the president of the United States as a rape suspect who will not be charged is a "small thing" in the Very Serious Journalism world of that guy, Mike Wille.

However, people whose pay grades are higher than Wille's recognized that portraying the president as a guy getting away with sexual assault was maybe sort of a big deal after all, so the station reversed course and issued an on-air apology, two days later:

“And we have an apology now. Friday night at 10 o’clock, we inadvertently used a photo of President Obama while reporting on a story about charges being dropped in a local case. We regret the error.”

The White House is reportedly working on a statement about the president's relief that not only will he not be charged for sexual assault, but the station -- which, ACHTUNG ATTENTION IS NOT A FOX NEWS AFFILIATE IT IS JUST REALLY BAD AT JOURNALISM -- regrets the error of suggesting he should have been charged in the first place.