Fox News Mixing Up All Its Scary Muslims 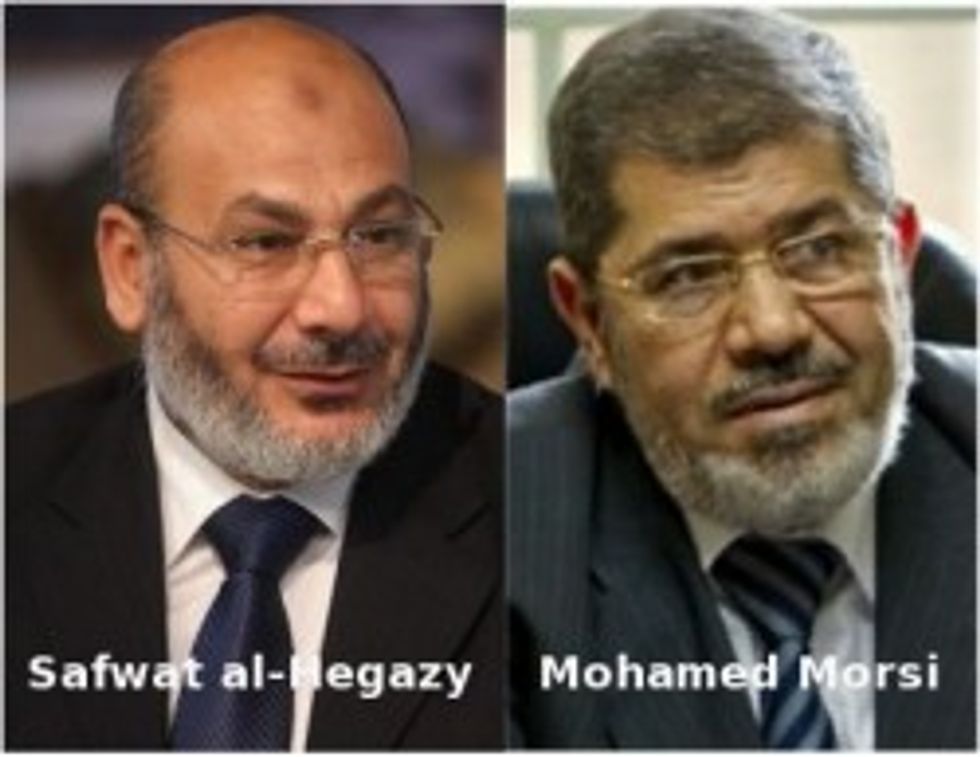 Egypt democratically elected her first president yesterday, Mohamed Morsi, a former member of the Muslim Brotherhood's Guidance Office and president of their Freedom and Justice Party. We say former because as soon as his election was announced, as he promised, he resigned from both of these positions in order to convince secularists and Christians that he will serve ALL of Egypt, not just his MB pals. Egyptians still wait for him to ban all alcohol, close all the bars and make all the women wear veils. Nervous jokes on Twitter included some guy's hash dealer telling him to stock up on smoke since that may be all he can get for a while.

So, while there is some legitimate apprehension in Egypt right now about Morsi, some think that it will be easier to get rid of an Islamic president (ruled by the military who hates him), than it would be to get rid of the other candidate from the old regime, Hosni Mubarak's last Prime Minister, Ahmed Shafiq (ruled by the military who loves him). Because, you see, it's actually the military that runs Egypt right now, so the president, no matter who he is, has limited power.

But in America, some people's kids don't pay attention to these pesky details and instead, the Islamic fear mongering has begun. Leave it to Fox News to post an article just after the election to terrorize all their immensely intelligent followers with a video supposedly showing Morsi. The problem with this video is, well, it wasn't Mohamed Morsi shouting at scary crowds of soon-to-be terrorists who will run from the speech and immediately invade Israel and America. It was a fiery preacher named Safwat al-Hegazy, giving a let's-steal-back-Jerusalem speech in support of Morsi a few weeks ago, from whom Morsi later distanced himself, saying, "Jerusalem is in our hearts and vision. But Cairo is Egypt's capital." (We think he may have wanted to do a little more distancing than that, but what do we know about "banish the sleep from the eyes of all Jews" and "you are all Hamas!"?)

As the text fades before the terrifying images begin, the sounds of shouted Arabic and cheering jihadists thunder out of your poor computer's speakers like the jack-booted speechifying of an all-too-familiar former German chancellor (he who shant be named but everyone who's anybody already knows it's Voldemort. Duh.).

And who supplied this video? Why, Breitbart's ghost, of course (the Fox news article has a link under it, "See the video at breitbart.com" but the page is strangely missing now), in collusion with David Nesenoff of Rabbilive.com. You might remember David as the guy who helped Helen Thomas leave her job, appears on Fox News and CNN's "Reliable Sources" (?) and according to his Wikipedia profile, "is uncertain whether he will continue to be a liberal and a Democrat." (?) To be fair, he also did some nice anti-hate things, which was nice of him.

The problem? There's no freaking problem. Just that Fox's article has been shared on Facebook 14,000 times. Here, I know you're anxious to watch this so you can share it too. Enjoy.