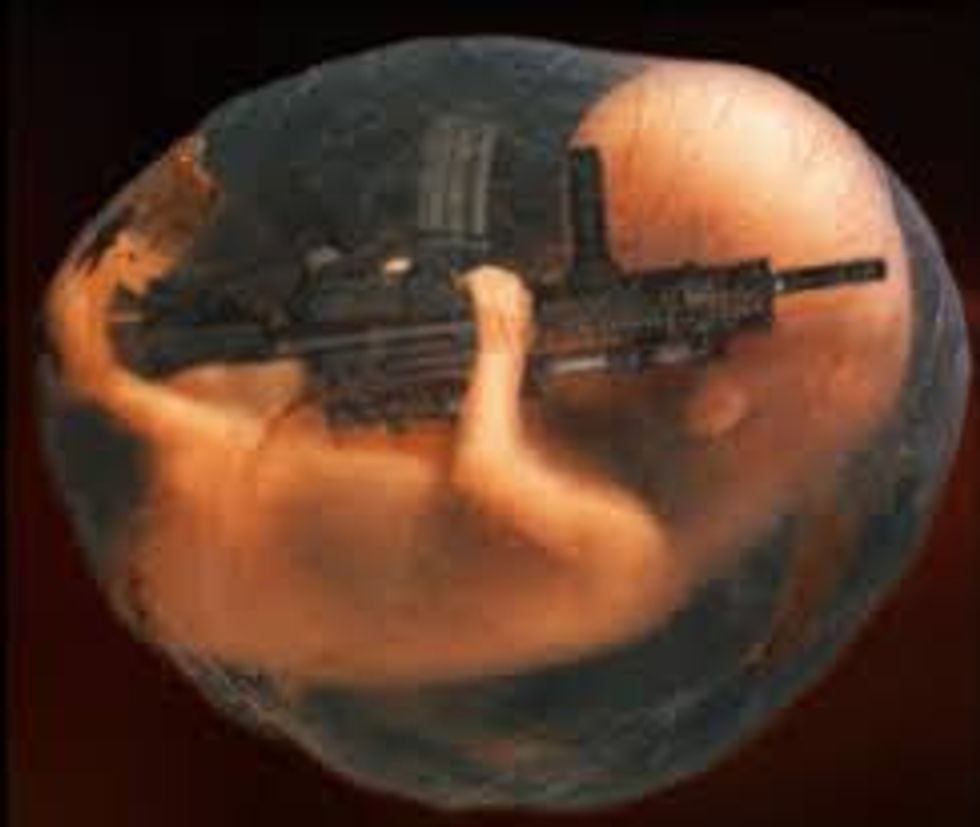 Why is Obama forcing your daughter to take the morning after pill? This is an excellent question, and luckily Fox News commentator Nina Easton has given usseveral compelling theories which we can break down into two broad themes. These are:

1. Obama thinks his daughters are sluts.

(We have not heard anyone bring up the obvious option 3, which is "Michelle Obama is a slut," but surely she will get around to it.)

I do think there’s a case to be made for conservatives or anybody who cares about the rate of abortions in this country to deregulate birth control more, although I also understand a need for parents to be involved. One of the things out of all of this news, including the president’s speech to Planned Parenthood and this Gosnell case of murdering babies, is we’re looking at a culture that produces 1.2 million abortions a year. We’re losing sight of that fact. I would say that in addition to deregulating birth control, another thing we need to do is celebrate young women who bring a baby to term and find an adoptive parent. There’s such a stigma today to being an adoptive birth mom that you’re more willing to admit that you’ve had an abortion than that you are delivering a healthy newborn to a loving family. What’s wrong with our culture that that’s where we are today?

What IS wrong with our culture that that's where we are today? This is an excellent question from Easton, a "reporter" who covers "economics" at Fortune Magazine. Of course, Easton is not actually suggesting that we celebrate teen motherhood, that would be silly. She is advocating that we let teenagers have babies and then celebrate when they give the babies to richer, nicer people who can afford Pottery Barn furniture and vote Republican.

That's a sound plan. Just get rid of the stigma surrounding "adoptive birth moms" and all will be well.