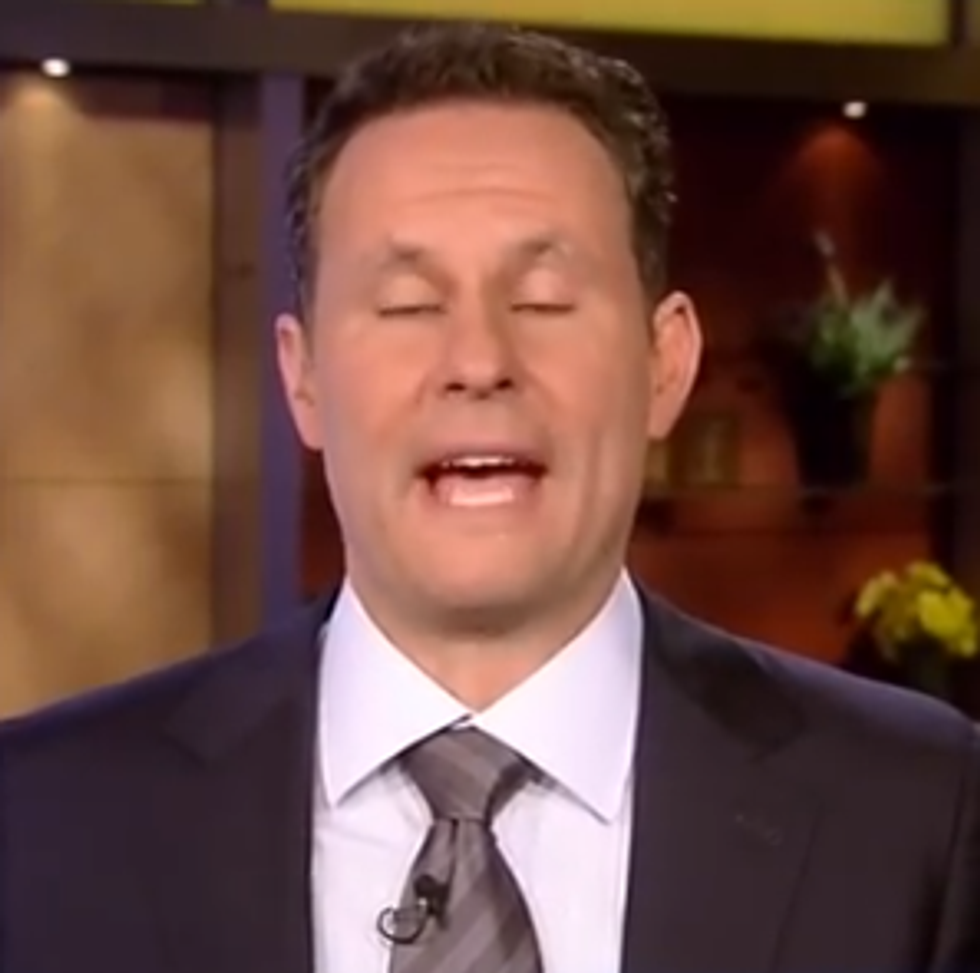 nope not stupid definitely not

[wonkbar]<a href="http://wonkette.com/591573/stupid-fox-news-idiots-confused-why-sharks-always-live-in-the-ocean-so-much"></a>[/wonkbar]What you upset about, "Fox & Friends" turd-sprinkler Brian Kilmeade? Did nobody LOL when you asked a black lady if she drinks Kool-Aid every time she eats a meal? Did you start crying because you know that right now sharks are hiding somewhere out there in the ocean, where they live? Did the so-called "president" of America put a "Kick Me" sign on your front and you didn't see it until just now when you were tying your shoes in the mirror?

Yeah basically that is what he is upset about. You see, Barry Mom Jeans Husseinocrat Nobummer did a speech where he said, hey, you journalists, maybe you could do some actual JOURNALISM, instead of contributing to the "divisive and often vulgar rhetoric" of Campaign 2016 by just copying down whatever Donald Trump says about his beautiful dick or Ted Cruz's loose wife.

Because Obama said, "journalists," Brian Kilmeade's date-rapey punchy face sprang to attention, because he thinks he is a journalist. PFFFFT OK we'll call it that for giggles. Hey Barry, next time you say a thing like that, spell J-O-U-R-N-A-L-I-S-T-S out so Brian won't notice. Anyway, he mad bro:

KILMEADE: I think it's very interesting to see him be so condescending earlier this week.

Brian Kilmeade was so glad to be able to use the big "C" word he got in his daily Learn Words Good email, to stick it to the president.

For the record, here is Obama being "condescending":

[I]t's worth asking ourselves what each of us -- as politicians or journalists, but most of all, as citizens -- may have done to contribute to this atmosphere in our politics.

A job well done is about more than just handing someone a microphone.  It is to probe and to question, and to dig deeper, and to demand more. The electorate would be better served if that happened. It would be better served if billions of dollars in free media came with serious accountability, especially when politicians issue unworkable plans or make promises they can't keep.

SUCK THE PRESIDENT'S DICK, FOX NEWS! That is the obvious translation of what he said.

DOOCY: Chews them out.

Fox blonde Ainsley Earhardt chimed in to add her journalism analysis to what Steve Doocy The Smart Man said:

EARHARDT: Chews them out.

[wonkbar]<a href="http://wonkette.com/600223/fox-news-idiots-wish-fox-news-idiots-werent-so-mad-at-fox-news-idiots-right-now"></a>[/wonkbar]This is good though. Just this week, these fools' colleagues on Fox's "The Five" were fingerbanging their asses with lube made from their own tears over how they wish it was the good old days when they could all joyfully hate Barack Obama together, instead of fighting over Donald Trump. We're glad to see them in their happy place again.